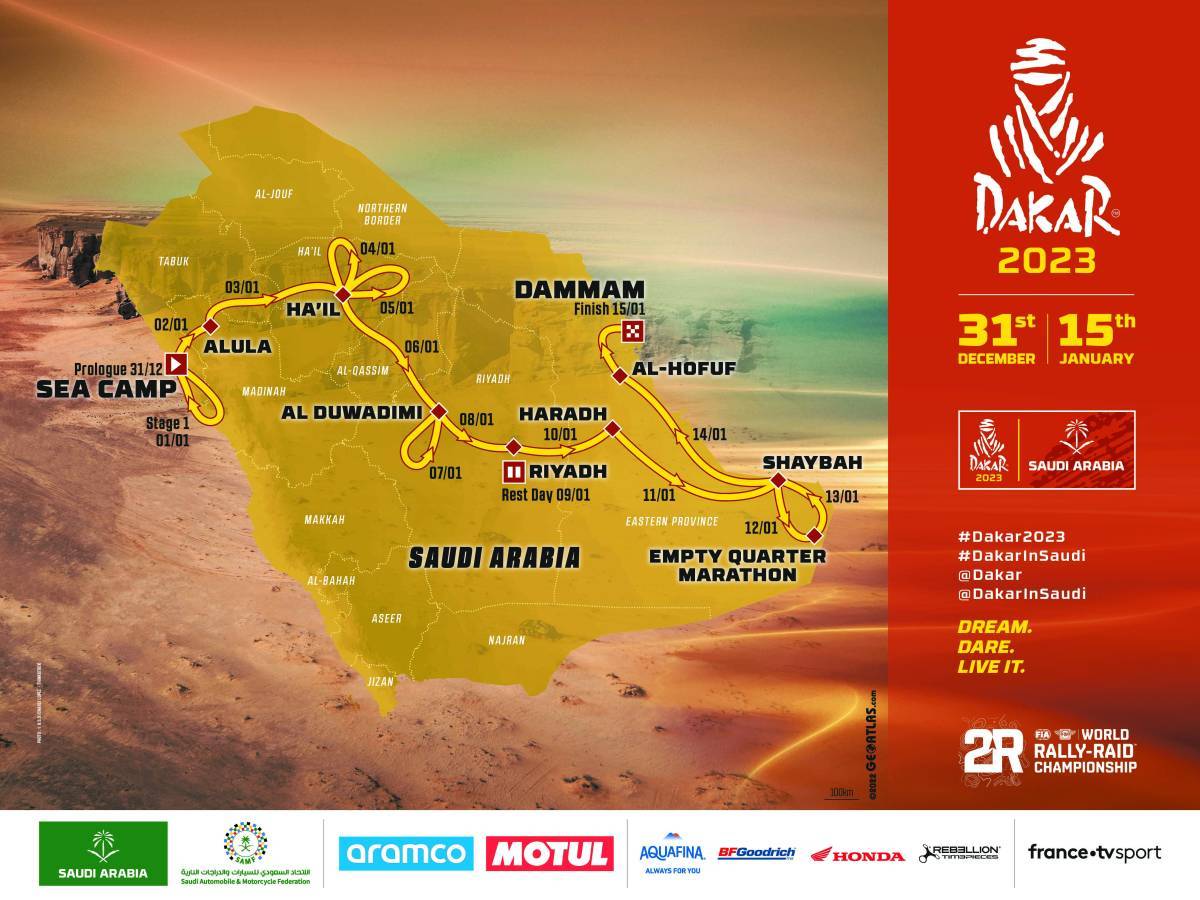 The 2023 Dakar Rally will be held in Saudi Arabia starting Saturday and the 45th edition of the Dakar Rally organized by Amaury Sport Organization (ASO). The event will take place between 31 December 2022 and 15 January 2023. This will be the fourth time Saudi Arabia had hosted the event. For the second year running, the event will also be the first round of the World Rally-Raid Championship.

The outline of the race route was presented on 5 June 2022. The route will start at a “Sea Camp” near Yanbu, on the Red Sea shore, and will finish in Dammam, at a Persian Gulf shore. The route returns to the Empty Quarter this year with three stages, including the marathon stage. The route will feature 70% new tracks, less liaison, and 5,000 kilometers of special stages.

The route has been described as longer, more difficult and with more dunes.