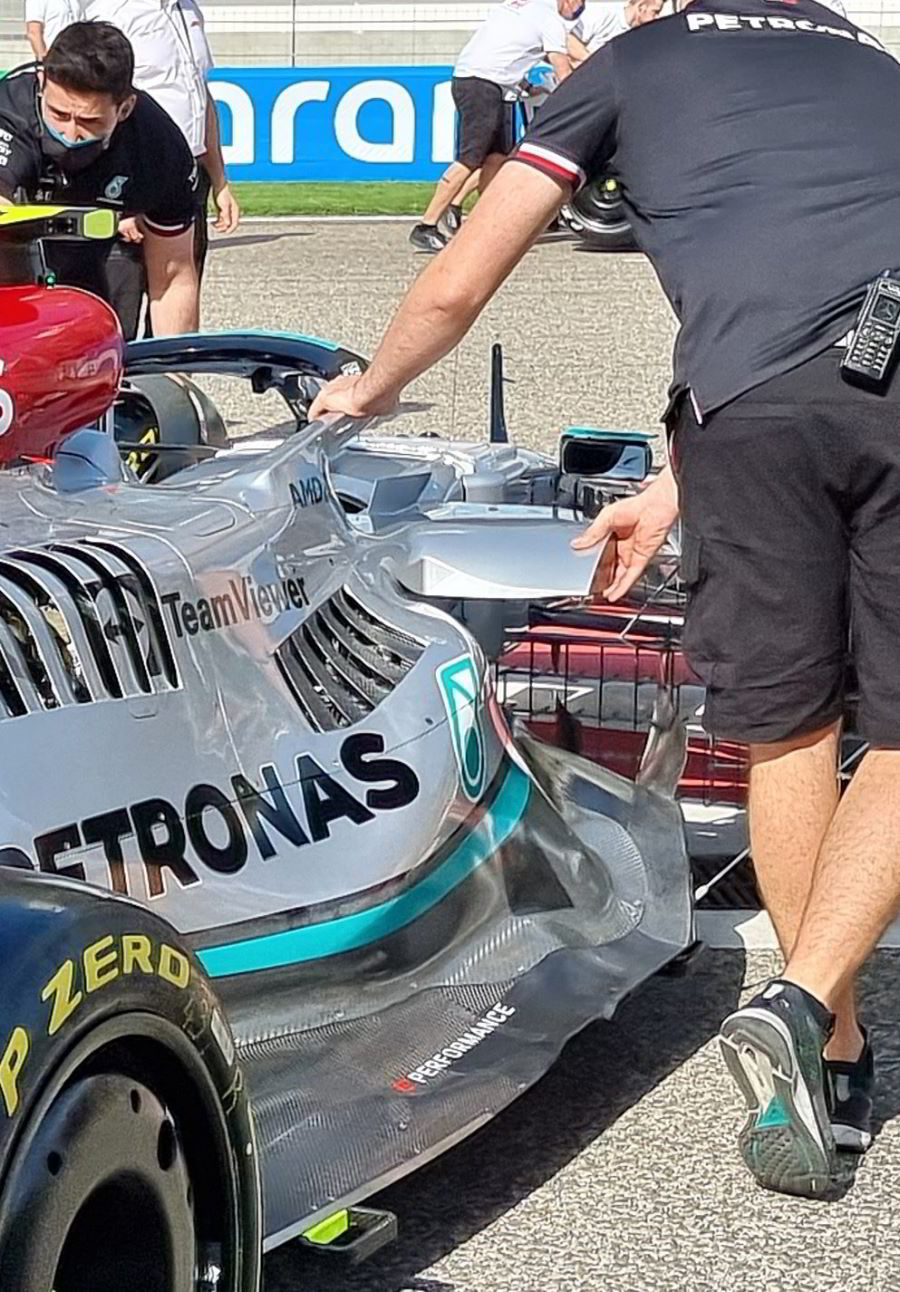 “The last time I saw it I thought ‘oh this looks the same as the W13’ but here’s hoping it’s not the same.”

“I’m pretty much like you, I go into the wind tunnel, and it looks like this year’s car (i.e. small sidepods, coined zeropods), but they say to me, it’s very different underneath.

“Our car fundamentally changed mid-year. We changed the concept, but you couldn’t see anything on the bodywork.”