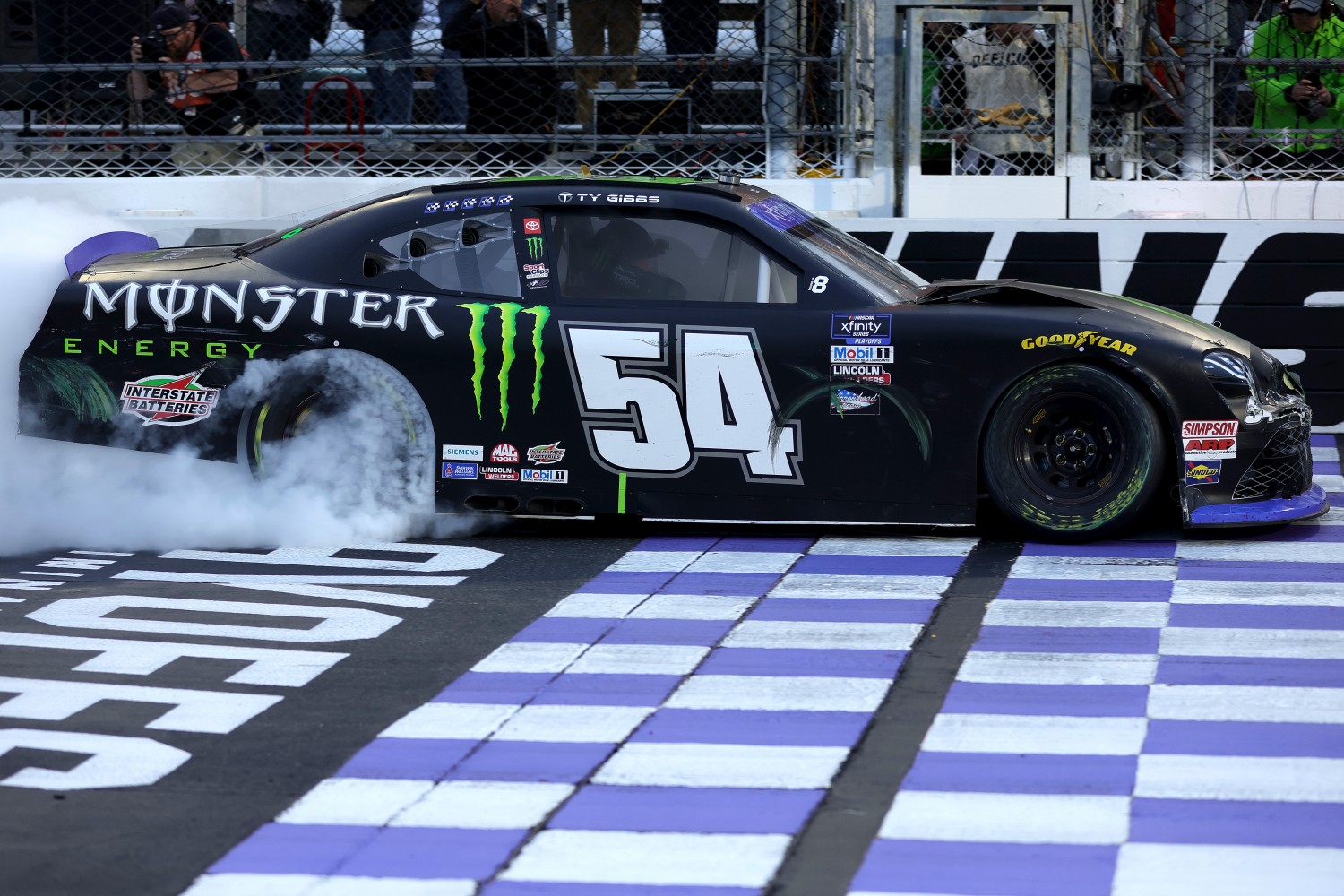 Gibbs will move from Xfinity to Cup, replacing Kyle Busch.  The team will run No. 54 for at least this season.

The level of sponsorship is not known yet.

.@MonsterEnergy will sponsor @TyGibbs in a “strong capacity” in his rookie NASCAR Cup Series campaign in 2023, per Monster executive Mitch Covington.

🔲 He declined to give specifics, citing a forthcoming announcement, but the brand will have a fair number of primaries with JGR. pic.twitter.com/ZVOAgU2hNU