Under the new multi-year agreement, signed by the two companies effective from January 1, the Ray-Ban brand’s logo, in addition to remaining on the Formula 1 cars, will appear for the first time on the cars and apparel of the official drivers in Ferrari’s Competizioni GT operation, which competes in the World Endurance Championship (WEC), and in the Gran Turismo championship with GT3 cars. 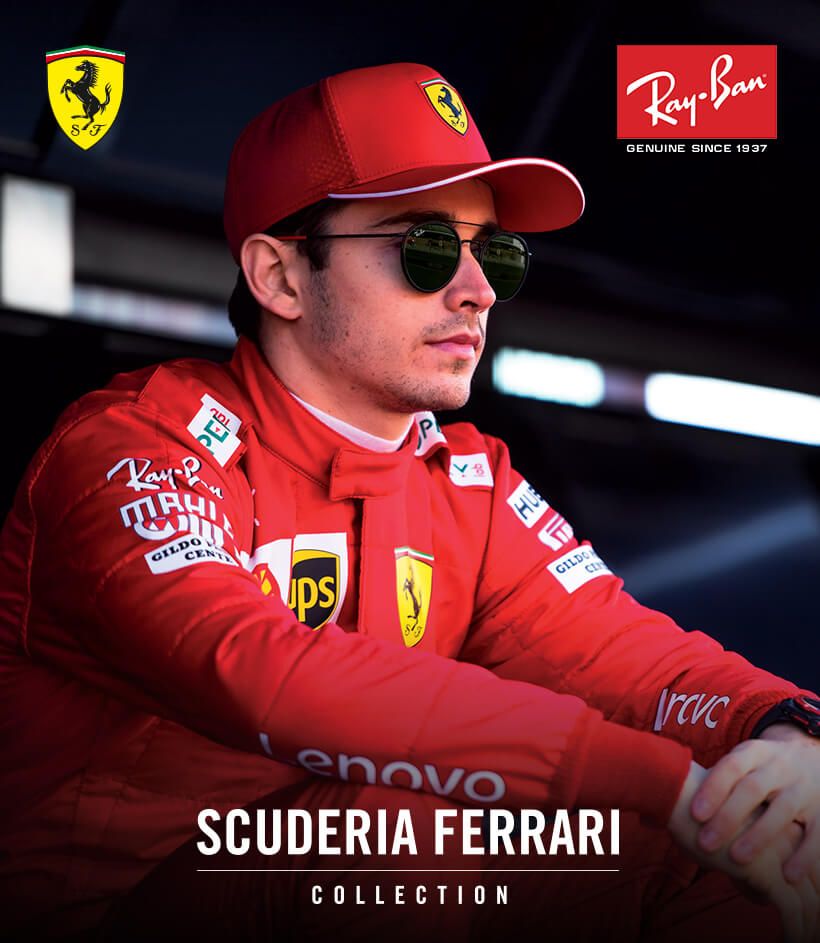 Under the new multi-year agreement, signed by the two companies today and effective from 1 January 2023, EssilorLuxottica will continue to design, produce and market eyewear products featuring the Scuderia Ferrari and Ray-Ban brands. The licensing activities also extend to the first collection of monobrand eyewear featuring the Prancing Horse trademark.

EssilorLuxottica sponsorship is also expanding under the new agreement: the Ray-Ban logo, in addition to remaining on the Formula 1 single-seaters, will appear for the first time on the cars and apparel of the official drivers in Competizioni GT, competing in the World Endurance Championship with the Le Mans Hypercar and in a Gran Turismo championship with GT3 cars.

“As of today, Ferrari is preparing to achieve new goals with EssilorLuxottica: from the first exclusively Ferrari-branded eyewear line, to the challenges awaiting us on the circuits in the motorsport seasons ahead,” said Benedetto Vigna, CEO of Ferrari. “Starting from a common history of excellence and authentically shared values, we want to build further exciting projects together with the millions of fans and customers who choose us and believe in this constantly developing collaboration.”

“There is only one Ferrari, and our story together has been exciting since the beginning. We saw with our first collaboration between Ray-Ban and Scuderia Ferrari the passion racing fans have for the Ferrari brand and the strong crossover between racing and fashion translated very well into eyewear. With our expanded partnership, we will bring that excitement to many more consumers around the world, further developing Ferrari in the eyewear category,” said Francesco Milleri, Chairman and CEO of EssilorLuxottica.