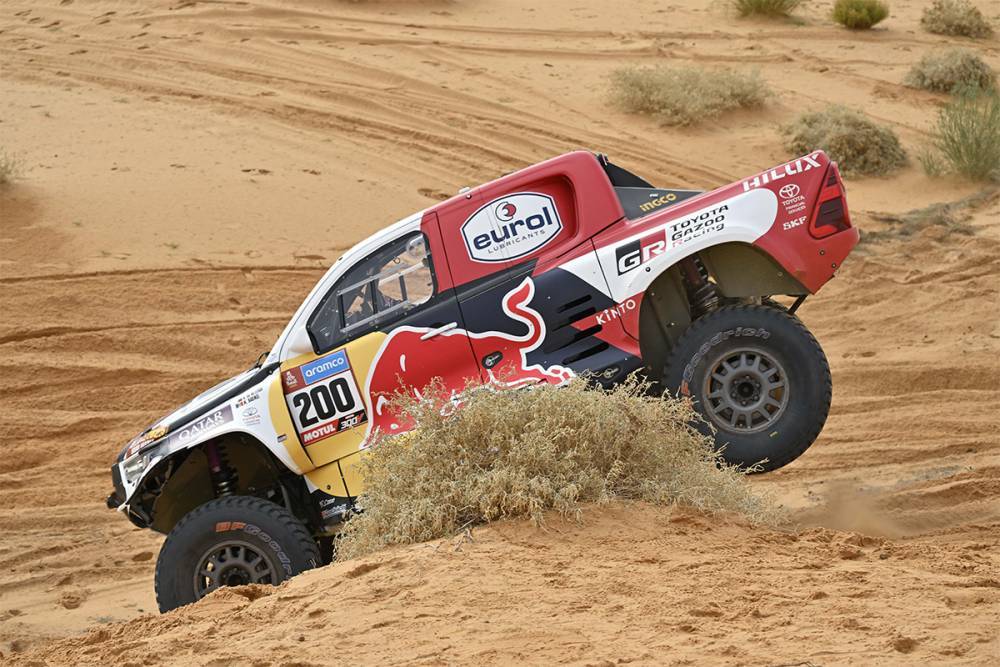 Stage 7 was cancelled for the Bikes and Quads competitors after flooding at a camp forced a change to the route.

After breaking a wheel hub on stage six, Saudi driver Al Rajhi arguably had the best road conditions for the 333km test which took crews from the revised overnight base of Riyadh to the original location for Friday’s bivouac, Al Duwadimi.

Zala produced a strong final section of the stage to finish second, ahead of another Hunter T1+ of GCK Motorsport’s Guerlain Chicherit.

Rally leader Nasser Al-Attiyah still holds a healthy margin in the overall classification, having only dropped around six minutes to Toyota Gazoo Racing team-mate Henk Lategan, but playing is safe, only managed 10th on the stage.

In the overall standings, Al-Attiyah’s lead has been shaved marginally by Lategan after stage seven, but the defending winner – alongside navigator Mathieu Baumel – still heads his team-mate by more than an hour.

Overdrive Racing’s Lucas Moraes continues his excellent Dakar debut with third overall, some way ahead of De Villiers, while Loeb moves back into the top five after Ekström’s mechanical strife.