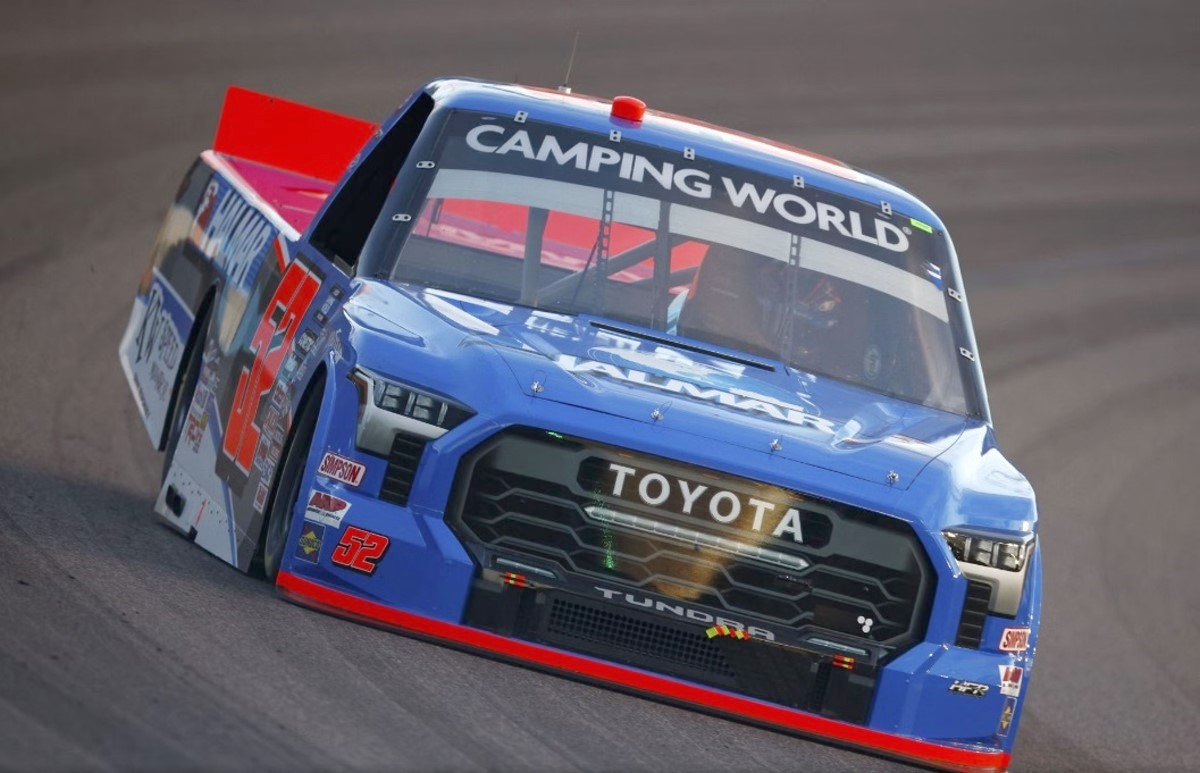 Stewart Friesen will have a new brand on his truck this year, Halmar Friesen Racing announced Thursday.

Ferris Mowers will sponsor Friesen and the No. 52 Toyota Tundra as a primary partner in six races during the 2023 NASCAR Craftsman Truck Series season. The announcement came Thursday in Sherrill, New York, at the Briggs & Stratton facility where Ferris mowers are engineered and manufactured. Ferris was founded in central New York, and HFR has a shop in the region, the team said in a press release.

“I’m looking forward to representing Ferris mowers nationally in the NASCAR Craftsman Truck Series and on Ferris’ home turf in the Northeast Modified events,” Friesen said in a press release. “As someone who mows a lot of acreage at home when I’m not racing, I appreciate the smooth ride and superior quality of a Ferris mower. Everyone at HFR is excited to welcome Ferris to our team, and we look forward to a successful 2023 season.”

Friesen, a three-time winner in the Craftsman Truck Series, earned his most recent victory in May 2022 at Texas Motor Speedway. The native of Niagara-on-the-Lake, Ontario, Canada, was one point shy of advancing to the Championship 4 last season, eventually finishing sixth in the overall year-end standings.

“We’re excited to expand our involvement with the racing community this year by partnering with HFR, Stewart Friesen and the No. 52 truck,” said Christin Wam, senior director of marketing, Briggs & Stratton in a press release. “Given that race car drivers and lawn contractors alike are always looking for the best possible ride, the partnership just makes sense.”

The new partnership is dedicated to the late Bill Shea, who was an integral part of making the partnership a reality, HFR added. Shea, who was a long-time Northeast Modified racing supporter and track owner, was a Ferris executive up until his passing in 2022.