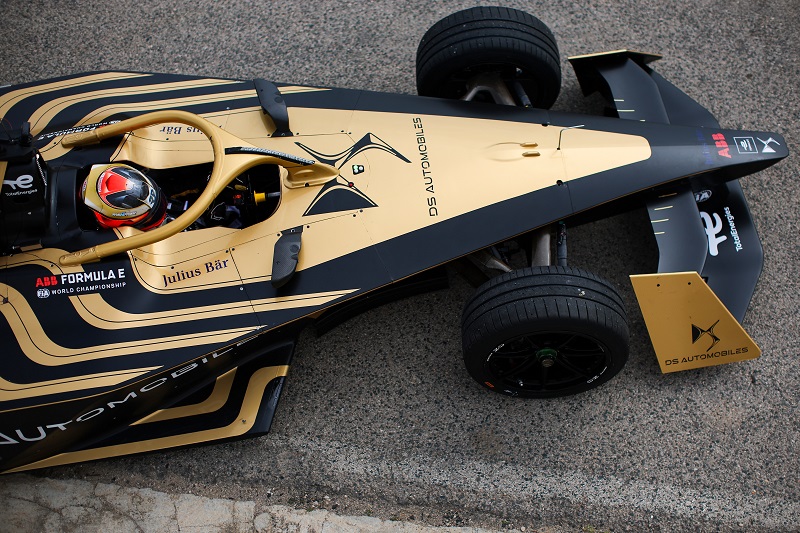 There was no hanging about in the first session of Season 9 and the GEN3 era at Mexico City’s Autodromo Hermanos Rodriguez, as all 22 drivers got a chance to lock in laps in their all-new cars. However, it was DS PENSKE’s Jean-Eric Vergne who topped the timesheets with a 1m13.294s.

With only testing under their belts the half an hour session proved extremely valuable for the drivers, who will battle for the first victory of the season tomorrow in Mexico City. Teams will be keen to compare data from the Friday practice session with their stats and learnings from Valencia’s pre-season testing – making sure it all tallies up with what they’ve put in place and run in their simulators since.

DS PENSKE’s Vergne managed to set the early pace, however, a sprinkling of drivers managed to go better in the interim, including the likes of Jaguar TCS Racing’s Mitch Evans and Envision Racing new boy Sebastien Buemi. The Frenchman would hold on to top the times come the checkered flag, though – doubly encouraging following his top three pace at the Valencia test.

Zak Brown looked on in the NEOM McLaren garage, with the papaya team making their Formula E debut around the iconic Mexico City circuit. The team, which took over the double championship-winning Mercedes-EQ squad this season, saw their two drivers get to grips with the new generation of cars. Rookie Jake Hughes went second overall, even going quickest at one point in the session, with teammate Rene Rast making a return to Formula E – winding up in 11th position.

Rast saved a big spin in the final moments of the session, but was left with damage to his rear-left wheel and suspension. McLaren will be hoping all can be fixed ahead of FP2 tomorrow.

Sergio Sette Camara went third quickest in the NIO 333, with the team looking promising having found a bit in software compared to some of the others on the grid at this very early stage of the GEN3 era. He was, however, some four tenths of-a-second down on the pair above him.

All the drivers could be seen, and heard, pushing to the absolute limit with plenty of slides and saves occurring around the Autodromo Hermanos Rodriguez. TAG Heuer Porsche’s Pascal Wehrlein was also the first, but certainly not the last, driver to go straight on into the escape area at Turn 1 – he wound up fourth.

Several, including current champion Stoffel Vandoorne and Nico Mueller (ABT CUPRA), complained of issues with their rear axels locking at certain points around the 19-turn, 2.630km circuit. Vandoorne did enough to make it two DS’ in the top five while Edo Mortara rounded out the top six.

Oliver Rowland bashed his Mahindra Racing machine into a barrier and bollard in the last moments of FP1 with the Yorkshireman’s Mahindra getting loose and running wide.

Plenty to take in, then, and there’ll be a lot of work overnight from engineers, teams and drivers as they look to soak it all in and get things sorted for FP2 at 07:30 local time, with qualifying following at 09:40 and Round 1 the Hankook Mexico City E-Prix at 14:00 local (UTC -6).