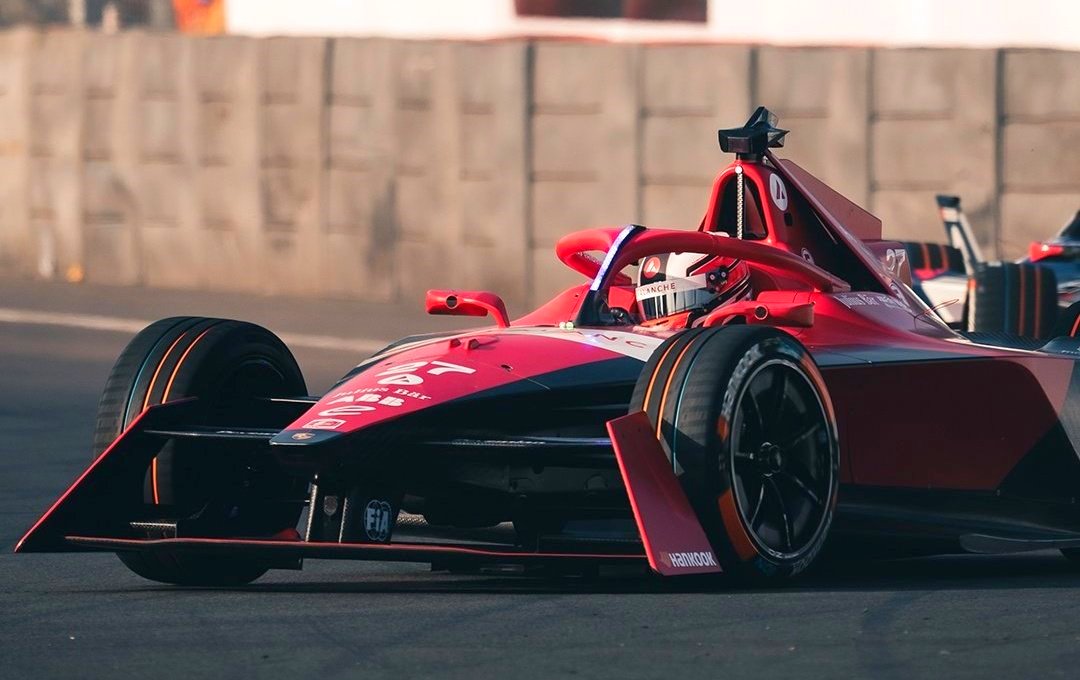 Porsche has made a strong start to the Formula E season: At the Mexico City E-Prix, the new Porsche 99X Electric Gen3 achieved a brilliant one-two result. The Porsche customer squad Avalanche Andretti won the opening round of the ABB FIA Formula E World Championship in Mexico City with its driver Jake Dennis (GBR) – shown above.

For the TAG Heuer Porsche Formula E Team, the works driver Pascal Wehrlein (GER), the 2022 winner in Mexico, took the flag in second place after a spirited charge through the field.

Witnessed by 40,000 avid fans, the race marked the first outing for the spectacular third-generation (GEN3) cars at the season-opening round in the Autodromo Hermanos Rodriguez. For Porsche, it was an outstandingly successful start to the new Formula E era: After 41 laps on the demanding circuit, four Porsche 99X Electric Gen3 finished in the top seven, with  André Lotterer (GER) scoring fourth for Avalanche Andretti and António Félix da Costa (POR) crossing the finish line seventh at his first race for the TAG Heuer Porsche Formula E Team.

Set against the stunning backdrop of the legendary Foro Sol baseball stadium, Pascal Wehrlein lined up on the grid for the opening round of season 9 in P6. Thanks to a great team strategy and the Porsche 99X Electric Gen3’s extremely efficient powertrain, he put in a strong drive, particularly in the second half of the race. Wehrlein used Attack Mode to gain ground and position himself well for the decisive phase of the race. On lap 29, he squeezed past another rival to snatch second place. His new teammate António Félix da Costa, who was a mere two-thousandths of a second short of qualifying for the duels, started his first race for Porsche from P9 and finished seventh.

“What a tremendous start to the season. A one-two victory and four Porsche 99X Electric Gen3 in the top seven – that’s an outstanding result,” said a happy Thomas Laudenbach, Vice President Porsche Motorsport.

“We’ve shown that we can deliver. Now it’s about maintaining this level for as long as we can over the rest of the season. We’re delighted with this great performance. It can continue like this.”

“Both factory cars qualified in the top 10. In the race, Pascal quickly worked his way up the field and ended up scoring our team’s first podium result of the season. Antonio kept getting entangled in duels further back but also managed to progress. We now know where we stand on the racetrack like Mexico compared to the competition.

“Congratulations to our victorious customer team Avalanche Andretti. In the end, all four Porsche finished in the top seven – we can be very happy about this. It was an outstanding start to the season for Porsche.”

Thank you @PorscheFormulaE for your partnership and thank you for helping us win the 1st @FIAFormulaE race of the season in Mexico!