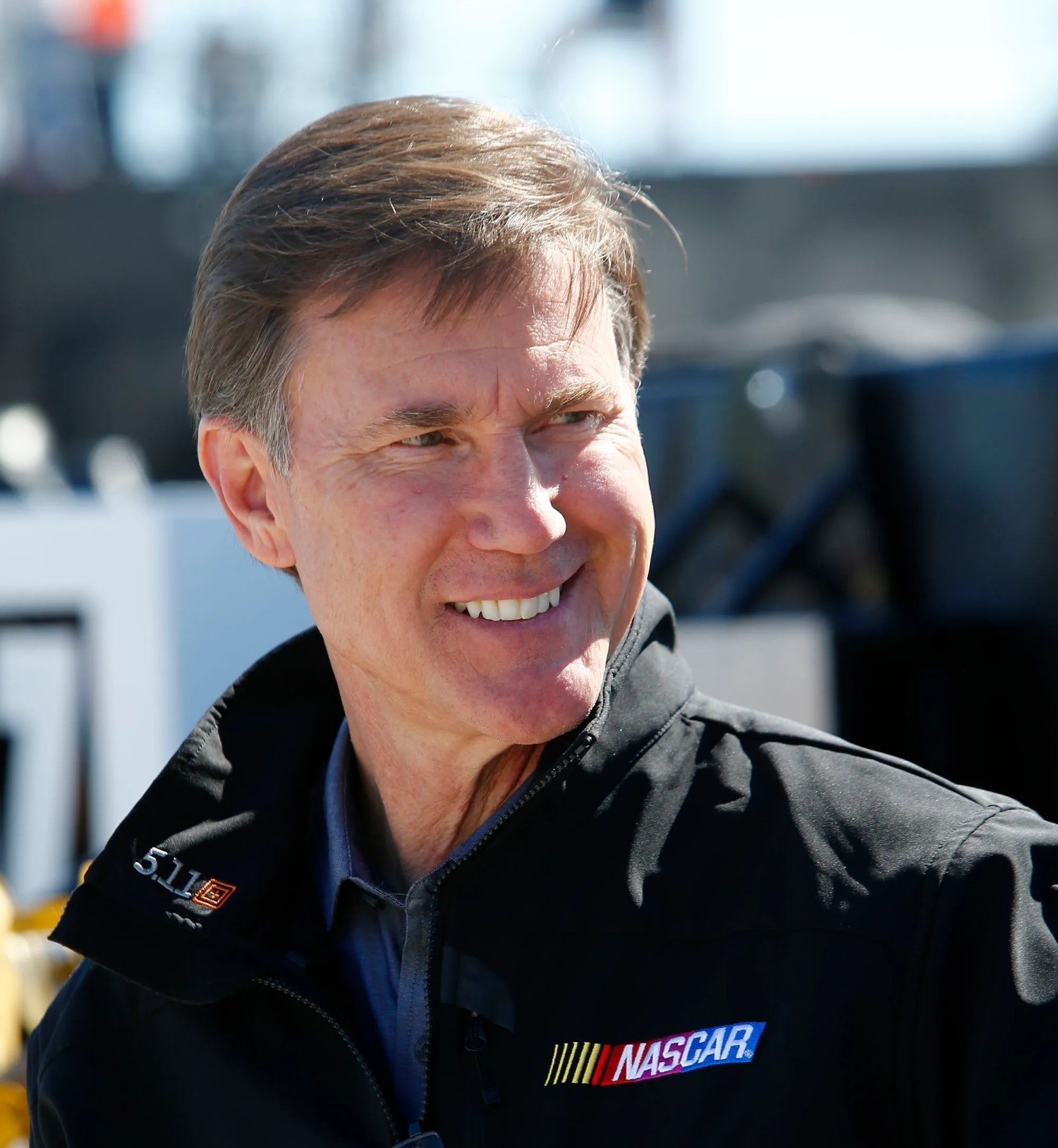 CORRECTION: The photo of John Probst in this original article was incorrect.

Here is the correct photo of John Probst.  We apologize for this mistake.

NASCAR today announced that Elton Sawyer has been named its Senior Vice President of Competition, replacing Scott Miller, who will assume the newly formed role of Competition Strategist within the NASCAR Competition team after a more than 40-year career in motorsports.

“Elton Sawyer has shown incredible versatility throughout his four-plus decades in motorsports,” said Steve O’Donnell, NASCAR Chief Operating Officer. “Following his lengthy driving career, Elton held key leadership positions for several race teams and here at NASCAR for the last eight seasons. He will excel in this role, and we look forward to watching him continue to grow the Competition team during this crucial era in our sport’s history.

“We are thrilled that Scott Miller has chosen to remain a key part of the NASCAR Competition team. When he joined NASCAR in 2016, Scott lent immediate credibility to the position. A trusted voice in the garage, Scott used his decades of experience to lead our Competition team to new heights during a time that saw a new race format, a new playoff format and a new race car. The mark he leaves on the organization is significant.

“John Probst’s leadership and tireless devotion in the development of the Next Gen car over the last three years has been extraordinary. This project was among the most challenging and important endeavors in NASCAR history, and leaders like Probst, Dr. Eric Jacuzzi, Dr. John Patalak, Brandon Thomas and many others worked incredibly hard to not only put this car on the race track, but to make it a success for our industry and our fans.”

Sawyer joined NASCAR in February of 2015 as managing director of the NASCAR CRAFTSMAN Truck Series. Most recently, he held the role of NASCAR vice president, technical inspection and officiating, a role he assumed in 2016. In that capacity, Sawyer oversaw race event management, transportation and NASCAR official training and development.

“I have been a proud member of this extraordinary team for eight years, and I look forward to continuing to help grow the outstanding competition we’ve seen over the last several seasons,” Sawyer said. “NASCAR racing has been my life for decades. I have a deep passion for the sport, and am honored to be in a position to help shepherd the Competition team during these exciting times.”

Sawyer began his racing career competing at Langley Speedway in his home state of Virginia. He debuted on the NASCAR national series scene in 1983, racing in what is now the NASCAR Xfinity Series. Prior to joining NASCAR, Sawyer served as Director of Team Operations for IMSA’s Action Express Racing. He has also previously held competition roles at Red Bull Racing and Evernham Motorsports.

Miller has decided to step down from his post after seven seasons leading NASCAR’s at-track competition team, an era that included transformative growth and some of the strongest competition in the sport’s history.

“After more than 40 years around race cars week after week, it’s time to step back and look at the next chapter of my life in motorsports,” Miller said. “I’m thankful to the France Family and everyone at NASCAR for the opportunity they gave me seven years ago, and I appreciate the chance to stay in the fold to help however and wherever I can. We have a strong team at NASCAR, and I’m excited to remain a part of it.”

Joining NASCAR in December of 2015, Miller will remain with the sanctioning body as its Competition Strategist. In this capacity, Miller’s focus will center on a several ‘big picture’ special projects such as the Busch Light Clash at the Coliseum, the NASCAR All-Star Race at North Wilkesboro Speedway and the Chicago Street Course race, as well as long-lead planning around NASCAR Competition strategy.

Probst, who most recently held the title of Senior Vice President of Racing Innovation, oversaw the development and evolution of the Next Gen race car, a groundbreaking innovation that produced several on-track competition superlatives – including a record-tying 19 different race winners during its debut season. Probst joined NASCAR in 2016, providing senior oversight of an engineering group that develops and incorporates new technology into all aspects of NASCAR competition. Prior to NASCAR, Probst spent 10 years as the Technical Director for both Chip Ganassi Racing (2011-16) and Red Bull Racing (2006-11). Probst began his career as an engineer for Ford Motor Company in 1994.

Jacuzzi, who manages aerodynamic engineering for NASCAR, joined the sanctioning body after working as a computational Aerodynamicist for Corvid Technologies and assigned to Richard Childress Racing. Since joining NASCAR in 2014, Jacuzzi has led the team tasked to design the aerodynamic elements of the race vehicles for all three national series – including the Next Gen car – as well as the Garage 56 car scheduled to run in the 2023 24 Hours of Le Mans.

Patalak, who has worked at the NASCAR R&D Center since 2005, oversees NASCAR’s safety team, researching, developing and approving driver and vehicle safety systems. In this role, Patalak also investigates all crashes and driver protection issues. Prior to NASCAR John worked for an engineering consulting firm specializing in vehicle crashworthiness and occupant protection.

Thomas joined NASCAR in 2019 following time as a crew chief and engineer with Richard Childress Racing, Joe Gibbs Racing, Petty Enterprises, Red Bull Racing and Hall of Fame Racing. Brought to NASCAR to help shepherd the Next Gen project, Thomas led the day-to-day management of the Next Gen car since the beginning of the development cycle in 2019.