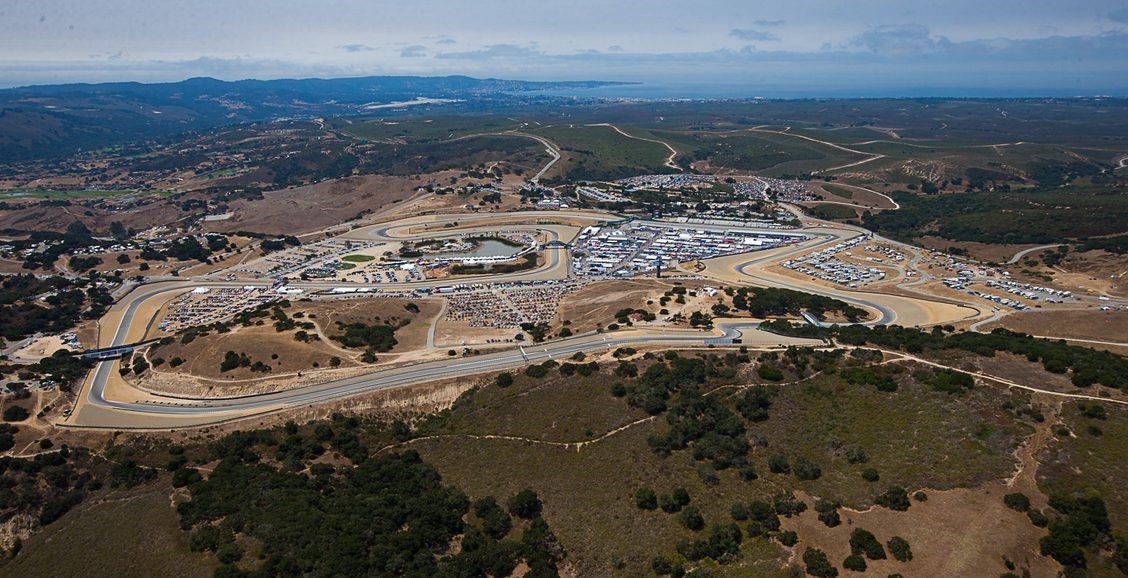 Business is racing back, and that’s welcomed news for Monterey County businesses. Surveys conducted of ticket purchasers who attended the six major race events last year at WeatherTech Raceway Laguna Seca revealed an impressive total direct spend of $246,929,648. The spending comprised four principal categories of lodging; food and beverage; transportation; and retail and entertainment. The survey was sent via email to all ticket purchasers and averaged a 22% response rate.

“This is a strong endorsement for the continuing vitality and growth of the County of Monterey-owned Laguna Seca Recreation Area,” commented John Narigi, president and general manager of WeatherTech Raceway Laguna Seca. “These numbers do not reflect spending from the near daily track rental program that generates significant ongoing revenue for the County and local businesses, as well as the campgrounds that are open daily. It also generates needed income to various local non-profits that work each event with contributions from Laguna Seca Volunteer Association and local service organizations.”

“We are extremely grateful to the County of Monterey Board of Supervisors and staff who approved nearly $15 million in capital improvement funding in July to begin construction of a new Start/Finish bridge, site work, and repaving,” added Narigi. “The work began in November with the demolition of the old bridge that had outlived its life expectancy that serves as the principal link between the race paddock and spectator parking and hospitality. These improvements will open the way to new events and greater accessibility for guests.”

The resurgence of increased sponsorship activations and the open-air atmosphere of the 550-plus acre facility played a role in attracting visitors. With air travel returning, hotel occupancies rising due to safe cleaning practices and the desire for people to recreate outside all contributed to increased attendance. The 2022 season provides optimistic signs heading into the 2023 season, which begins in May.

Monterey County also benefitted in 2022 from the IMSA WeatherTech SportsCar Championship and NTT INDYCAR SERIES races being broadcast live on NBC network. Research has shown that exposure of the destination to television audiences increases the propensity of first-time or return visits, even during non-event weeks.

The Laguna Seca Recreation Area campgrounds were revived by an intensified landscaping and maintenance program, as well as enhanced security and customer service.

“The Laguna Seca campgrounds are a hidden gem that bridges the Salinas Valley and the Monterey Peninsula,” Narigi commented. “It’s a beautiful and convenient location that with a little care has now become a year-round destination.”

Not only do the major race series and their sponsors enjoy coming to WeatherTech Raceway, so, too, do driving schools, car clubs, and auto manufacturers. The paddock and track remained active nearly every day, thereby generating solid revenue for the County and local businesses. Also growing in popularity is rental of the Hospitality Pavilion for private events that showcases the surrounding beauty of the park.

As the pandemic eased, hosting community events in the open-air environment became another focal point. Laguna Seca hosted Cars & Coffees, Twilight Cycling, chamber events and driving rallies. Plans to expand these programs in 2023, as well as open and operate the popular go-kart track on non-event weekends are underway.

“Laguna Seca is coming back to life,” Narigi exclaimed. “While 2022 was a year of transitional growth from reduced spending, travel and health worries, the 2023 season looks brighter than ever.” Advance ticket sales for each of the 2023 events are tracking higher than 2022 and the race schedule is proving to be a highly-anticipated one that ends in September with Porsche Rennsport Reunion 7, which is held just every four or five years, and will be the worldwide celebration of the 75th anniversary of the iconic marque.

“It is our hope in 2023 that by adding more family activities, and shining a spotlight on Monterey County’s renowned food, wine and craft beer fields, will appeal to a broader market of non-motorsport enthusiasts who are looking for fun new experiences. Then if they are excited by the on-track action maybe they’ll become hooked on the sport,” Narigi added.

“We were pleased with results of 2022, yet we are greatly looking forward to a very busy and healthy 2023 that attracts both tourism and locals to WeatherTech Raceway Laguna Seca,” Narigi concluded.