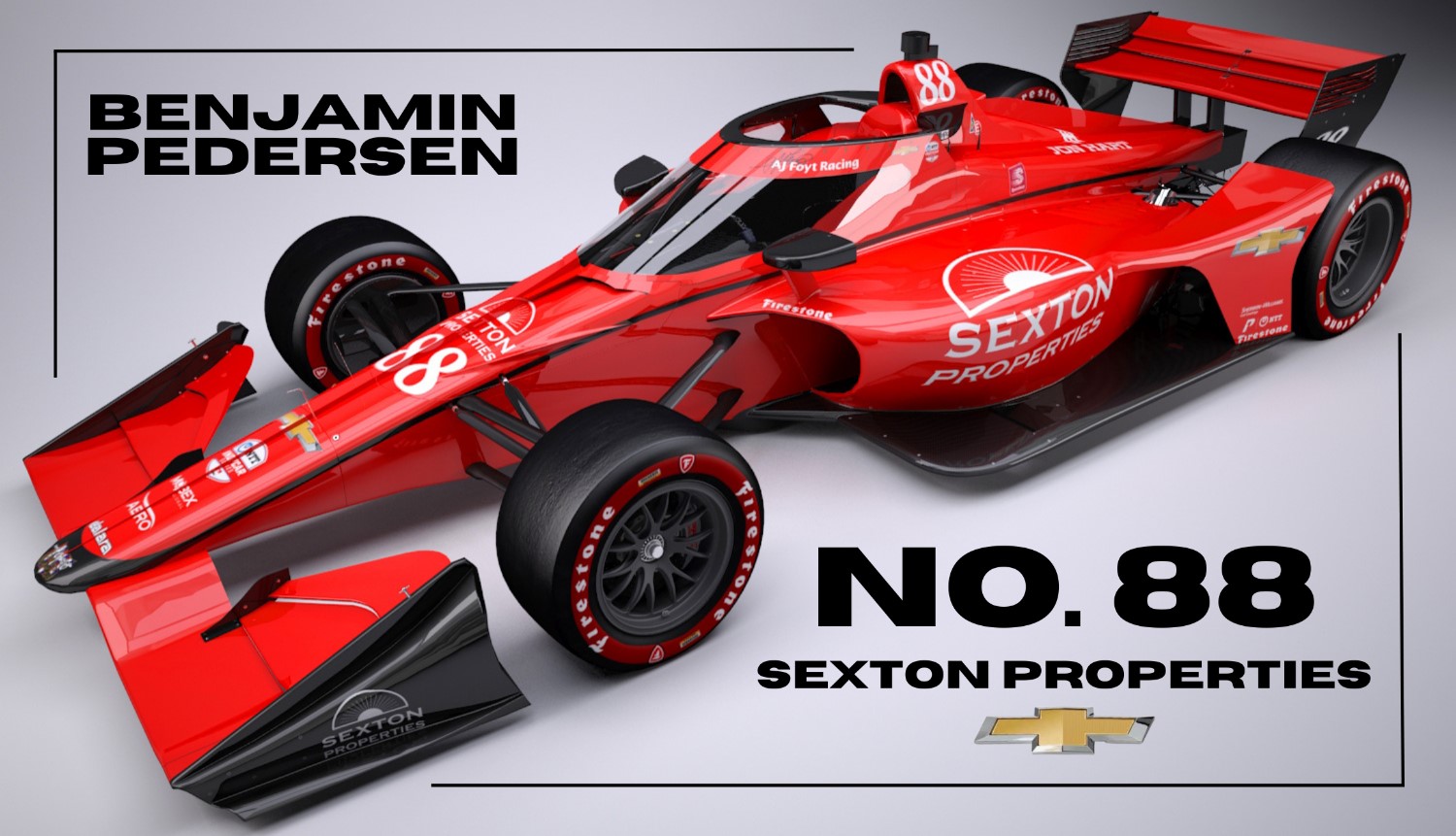 A.J. Foyt will be reminded of just how old he is every time Benjamin Pedersen takes to the track this year as the racing legend turned 88 which is the number the Danish-American driver chose to run in his rookie campaign in the NTT INDYCAR Series.

“I am excited to get on track in Thermal (Calif.) in just a few weeks with a livery that is recognizable with the iconic Coyote Red and a new car number to AJ Foyt Racing,” said the 23-year-old rookie. “We wanted to keep with the traditional color and clean look that will resonate with fans of A.J. Foyt, while bringing a fresh new feel with the number 88. It’s also a special week for the 88 as we celebrate A.J.’s 88th birthday!”

Pedersen, who was born in Copenhagen, grew up in Seattle and now lives in Indianapolis, is running the entire INDYCAR circuit this season. He spent two years in the INDY NXT Series where he claimed his first victory and first pole position at Portland (Ore.) International Raceway last September. He began his single seater career in 2016 in the F4 US Championship and contested for three seasons before competing in the British Formula 3 Series in 2019-2020. He also competed in the F3 Americas Championship (2018-2020) and in the 2020 EuroFormula Open.

To date there are four announced drivers who comprise the rookie class of 2023. Pedersen will be joined by Marcus Armstrong, who is driving the road/street courses for Chip Ganassi, Sting Ray Robb (Dale Coyne Racing), Agustin Canapino (Juncos Hollinger Racing).

Pedersen (right) talks with his crew chief Heath Huddleston at the Foyt race shop in Speedway.

The No. 88 Sexton Chevrolet will make its debut in the Series’ Open Test at the Thermal Club outside of Palm Springs, Calif. on February 2nd. The two-day test is the first time at the motor club facility which has five miles of permanent road course tracks. The 17-turn, 2.9-mile track will be a combination of the North and South Palm circuits.

The NTT INDYCAR Series kicks off its 2023 season with the Firestone Grand Prix in St. Petersburg the weekend of March 3-5. The race will be broadcast live on NBC on Sunday, March 5 starting at 12 noon ET.