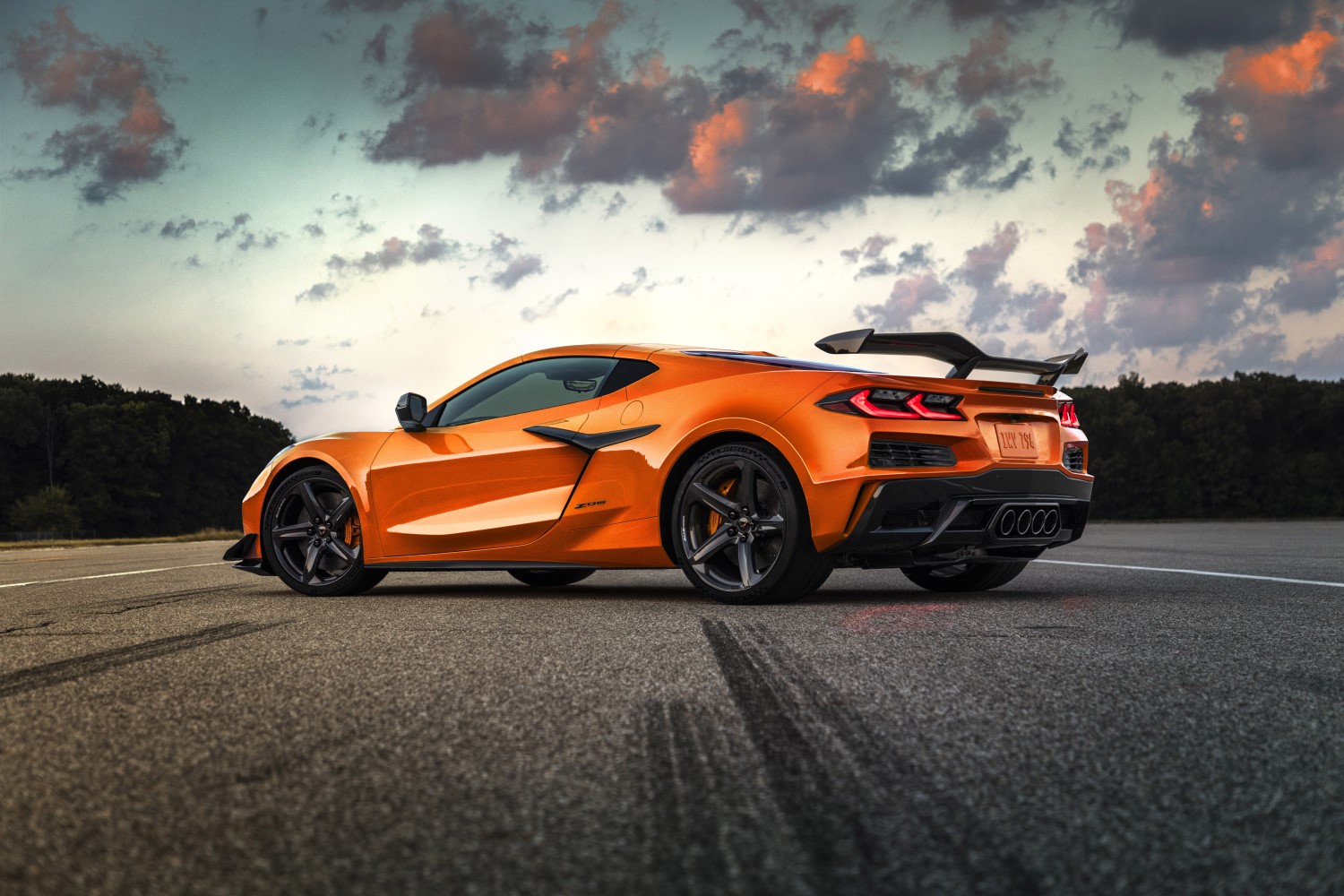 The wailing 8,600 RPM 2023 Corvette Z06 entered has been named the Performance Car of the Year by Road & Track.

For this special tenth running of PCOTY, the current zenith of American road cars was pitted against some of the hottest machines on offer from Germany, Italy, Japan, and Korea. Along with the Z06, R&T received RSVPs from heavy hitters like the Lamborghini Huracán Tecnica, BMW M4 CSL, and the media darling that is the Porsche Cayman GT4 RS – powered by the same flat-6 as last year’s champ, the 911 GT3.

The flat-plane ‘Vette wasn’t going to win on value this time, either, as the past model year has seen a resurgence of attainable speed. The universally-lauded Civic Type R and GR Corolla were along for the ride, as was the newest WRX and Nissan Z. The field was rounded out by the C6 ZR1-quick Audi RS3, and the successor to the C8’s Kryptonite from 2020, the manual-shifted, 276-horse Elantra N.

Fittingly, the ten combatants were tested on both road and track. The crew’s first stop was the 1.9-mile North Course at upstate New York’s Monticello Motor Club. There, the Z06 got out to a commanding lead. GM’s “Gemini Project” blitzed Monticello in 1 minute and 20.6 seconds (finally, a real lap time for the Z06!!!!), besting the silver medal Porsche by over two full seconds and gapping the last place WRX by nearly 14 ticks of the stopwatch – other times worth noting include the Lambo’s 1:23.1, the 1:24.2 of the M4, and the two fastest “cheap” cars. The Civic laid down a 1:31.6, and the $67k Audi stopped the timer at 1:28.9.

When the “best-damned test on earth” exited MMC for some street time, all the LT6 monster did was continue to impress. The enviable team behind the test saved the Z06 for last in this portion when they piled on quotable material like sliced beef at Arby’s. We can’t help but drop the whole write-up here:

Our final contestant is the one you’ve probably been dying to read about. An engineer told me the Corvette Z06 could stick wide-open through the Nürburgring’s infamous Fuchsröhre corner, generating two lateral g’s of grip while simultaneously suffering two vertical g’s of compression.

But on these roads, there’s not a foxhole corner in sight. Could something this balls-out engage us on a back road where there are no stopwatches? The answer shouts back from the Z06’s raspy exhaust: “Duh, idiot. I’m still a Corvette.”

More than one editor called the Z06 a down-home Ferrari, its flat-plane V-8 scream reminiscent of the 458 Italia. We never ran out of excuses to ring that engine out to redline, our mouths spread into wide, stupid grins at the audacity of the thing, the sheer American-ness of it all.

Its dual-clutch automatic couldn’t shift quite as quickly as Porsche’s PDK, but it did click through gears smoothly and predictably. The Z07 package brought more spring to the party, but the Vette’s magnetic dampers are calibrated so superbly that you could easily live with the Z06 as a daily.