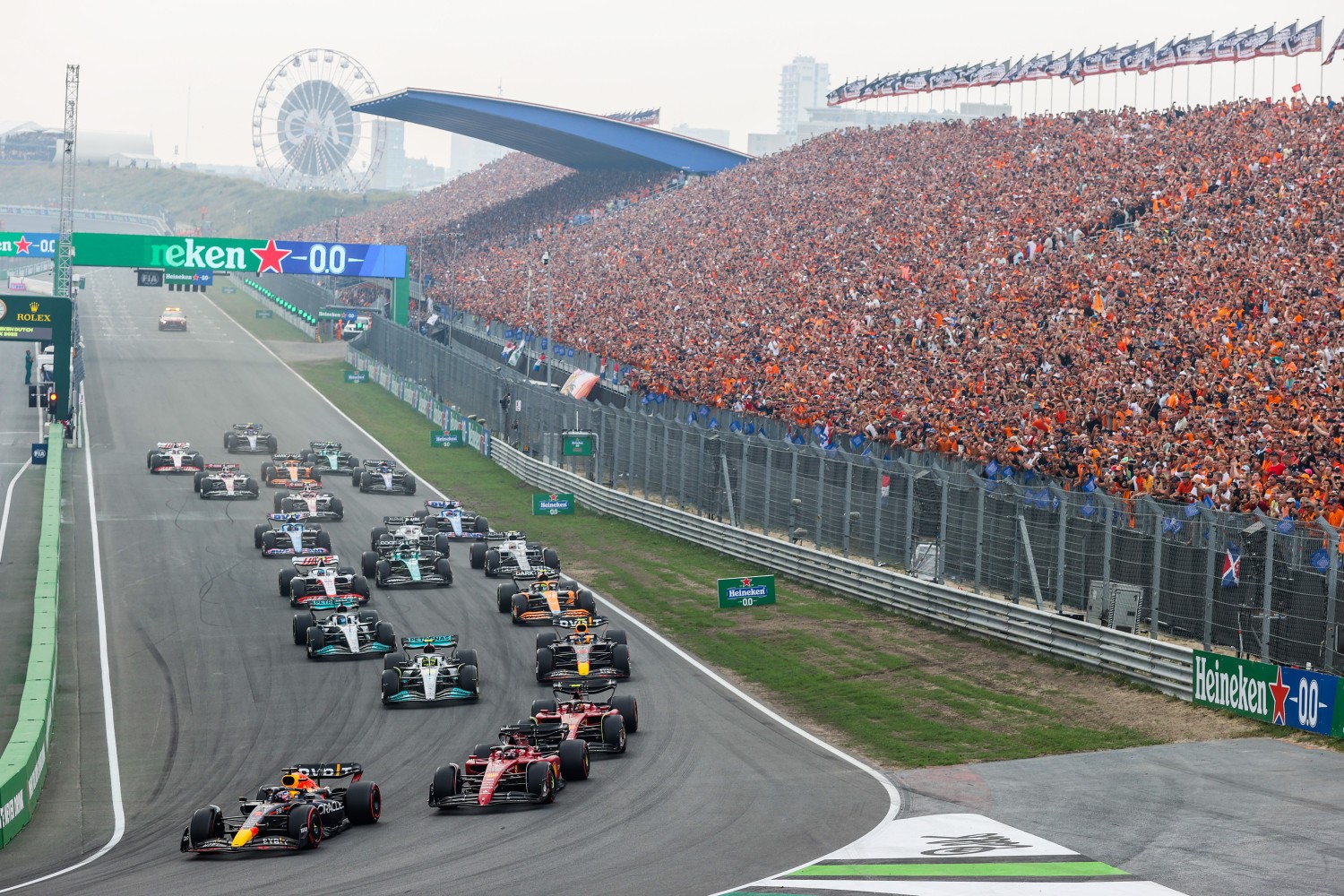 While F1’s rules are remaining largely the same in 2023 following last year’s major reset, there are still technical and sporting changes of note for the campaign ahead, as we explain in our pre-season rundown…

With some teams encountering porpoising upon the arrival of F1’s new-spec cars last year, which feature ground-effect aerodynamics, a set of floor-based flexibility and monitoring measures arrived for the second half of the 2022 season, and more have been outlined for 2023.

In short, four additional changes will come into play this year: floor edges have been raised by 15mm; the diffuser throat height has been raised; the diffuser edge stiffness has been increased; and an additional sensor has been mandated to more effectively monitor the porpoising phenomenon.

These adjustments should, in theory, make significant porpoising a thing of the past and, as such, keep the focus on the thrilling action that F1’s rules reset has delivered.

Alongside the changes aimed at porpoising, there are tweaks to the safety standards for F1 car roll hoops after the frightening crash experienced by Zhou Guanyu at the start of the 2022 British Grand Prix, which involved his Alfa Romeo sliding along the track upside down.

The 2023 Technical Regulations now state that a rounded top is required on the roll hoop, which will reduce the chance of it digging into the ground during an accident, while they also ensure a minimum height for the point of application of the homologation test.

Additionally, there will be a new physical homologation test where the load pushes the roll hoop in a forward direction.

3. A reduction in the minimum car weight

F1 car weight was a major talking point ahead of the 2022 season, with teams up and down the grid battling to get as close as possible to the 798kg limit (without fuel) amid one of the biggest regulatory changes in the sport’s history.

As F1’s new era develops, a reduction of 2kg – to 796kg – is being implemented for 2023, meaning the designers will be trying to shave off even more weight from their latest challengers.

In an attempt to increase driver visibility, there will be a change to rear-view mirrors on F1’s 2023-spec cars, with the width of the reflective surface increasing by 50mm from 150mm to 200mm.

Following tests by Red Bull and Mercedes in Hungary and Belgium respectively last season, the entire grid got involved at the Dutch Grand Prix, and the changes have now been written into the regulations.

5. Double the number of Sprint events

An exciting development for 2023 sees the number of Sprint events doubled from three to six. Azerbaijan (Baku), Austria (Red Bull Ring), Belgium (Spa-Francorchamps), Qatar (Lusail), the United States (Circuit of The Americas) and Sao Paulo (Interlagos) are the venues chosen, following on from extensive research into their suitability.

Meanwhile, Sprint accident damage allowance will now be a fixed amount per team, for each race weekend that includes a Sprint session. The forfeit allowance amount for each Sprint will double to $300k from 2023 onwards, while all other Sprint damage allowances will be removed.

Alongside this, parc ferme rules on Sprint weekends are under review for 2023, with the aim of simplifying the set-up-locking process, after the FIA cited a “significant increase in parc ferme requests” between Friday’s qualifying session and Saturday’s Sprint.

The number of hours worked by F1 team members across race weekends will be reduced in upcoming seasons, with the third of three restricted periods (effective on Fridays) beginning an hour earlier this year, and another hour set to be knocked off in 2024.

To complement the move, the number of curfews permitted for the first (Wednesday) and second (Thursday) restricted periods will also be cut in half, from eight to four and six to three respectively, again with another cut planned for next year.

A ‘Revised Qualifying Format’ (RQF) will take place at up to two events in 2023 “for the purpose of evaluating whether the revisions are suitable for subsequent championships” – as per the updated regulations.

This will see tire compounds mandated for each stage of F1’s usual three-part qualifying session: hard tires only in Q1; mediums tires only in Q2; and, finally, soft tires only in Q3. Intermediates and wets will be allowed if the RQF sessions are declared wet.

“This will be trialed during each Sprint session in 2023 with a view to introducing it for all races in 2024,” the FIA have stated.

While changes to teams’ homologated gearboxes were only previously permitted “to resolve reliability problems” or “for cost saving, at the start of each season”, modifications are now permitted “in the case of materials, processes or proprietary parts becoming unavailable”.

Nonetheless, clear documentation justifying the change must be provided in all cases, prior approval must be obtained from the FIA, and the modification must not give any performance advantage. A summary of the modification will then be circulated to all teams by the FIA.

9. A move to clear up penalty confusion

Grid penalties came under the spotlight at last year’s Italian Grand Prix, where a host of drivers took power unit and gearbox related drops and turned the order on its head. Following some confusion over how these were applied, the wording of the regulations has been updated.

The relevant section now reads: “Classified drivers who have accrued more than 15 cumulative grid position penalties, or who have been penalized to start at the back of the grid, will start behind any other classified driver. Their relative position will be determined in accordance with their qualifying classification.”

A small change on paper could have an impact on reliability in 2023, particularly at hotter races, with some extra freedom being given to teams regarding the cooling of fuel.

Beyond these 10 changes made ahead of the 2023 season, there are also plenty of initiatives in the works – or at least being considered – for 2024 onwards…

A “significant overhaul” of roll hoop safety tests is planned from next year, again following on from Zhou’s heavy crash, with the goal of future F1 cars being able to resist more significant loads.

Discussions around grid penalties will also continue, while the F1 Commission has delayed final talks – until July 2023 – on the potential removal of tire blankets for 2024.

Regulatory changes are subject to approval by the World Motor Sport Council.