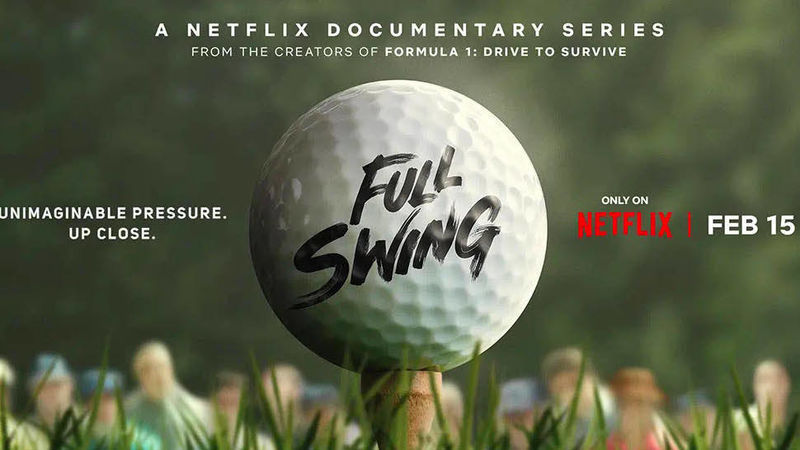 Heated arguments, high stakes, and maximum tension; Netflix’s “Drive to Survive” docuseries delves behind the curtain into the turbulent careers of Formula One drivers.

Now, the show’s producers are going behind the scenes with a very different kind of driver.

From the producers of Formula 1: Drive to Survive, Full Swing takes you deep into the world of golf with unprecedented access following some of the best players in the game – including Rory McIlroy. Unimaginable Pressure. Up Close.

Set to premiere on the streaming service in February, “Full Swing” promises an access-all-areas dive into the lives of golfers on the PGA Tour during the 2022 season – arguably the most dramatic and controversial year in the sport’s recent history.

When the series was initially announced by the PGA Tour in January 2022, promising an “unparalleled window” into Tour life, show creators Box to Box could have banked on access to big names and guaranteed drama.

“Even the most devoted golf fans have never seen the sport quite like this,” said Netflix’s vice president of Unscripted and Documentary Series Brandon Riegg.

Riegg’s words would prove prophetic. Just three months later, the Saudi-backed LIV Golf Series was announced, opening a rift in the sport that continues to fragment.

Justin Thomas is among the biggest names the series trails, and the World No. 8 joked that the show runners might have had a heads-up on the storm to come.

“Maybe they just knew something that we didn’t,” Thomas told the PA news agency. “It is mind blowing … the amount of storylines just through players and what they’re trying to accomplish.

“I’m excited to watch and it couldn’t have really drawn up a better year or situation as to what happened throughout the course of the year.”

“Full Swing” is set to release on Netflix on February 15, with season five of “Drive to Survive” scheduled to follow on February 24.