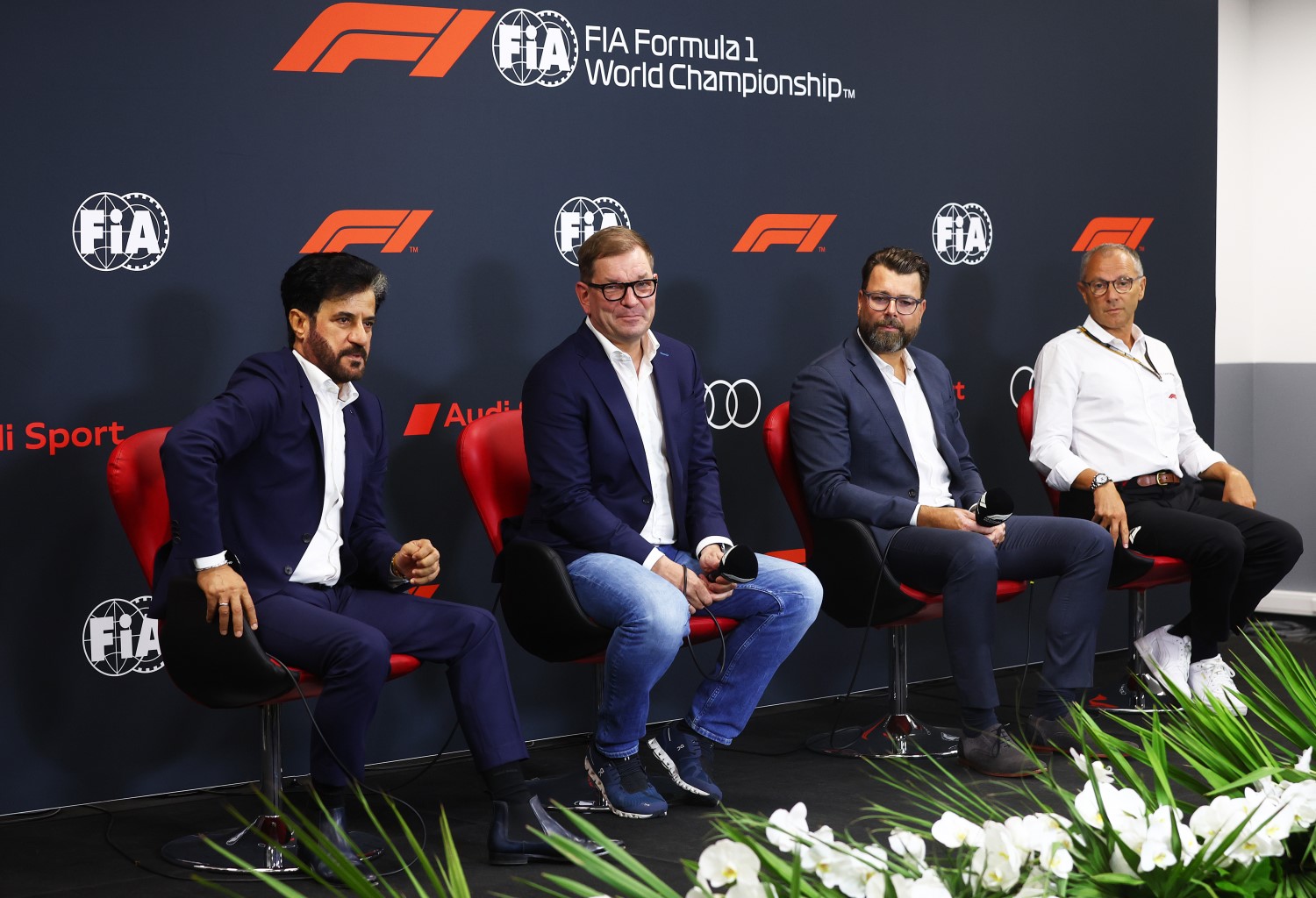 It appears that one of them is in fact not Porsche, after fellow Volkswagen-owned carmaker Audi signed up for the new engine rules from 2026.

Porsche’s separate negotiations with Red Bull failed, and rumors of an alternative deal with Williams are now believed to have been wide of the mark.

Red Bull balked at the idea of losing its famed independence, but could now be shaping up to pursue a different route by collaborating with Ford for its new Red Bull Powertrains operation.

Strengthening the Ford rumors is Red Bull’s decision to launch its 2023 Formula 1 campaign in New York early in February.

A second car manufacturer in F1 in the near future could be General Motors, despite the fact that existing teams are not happy with the idea of a brand new Andretti-Cadillac outfit.

That is because Cadillac is planning more of an engine re-branding deal, perhaps with Alpine-Renault, rather than a standalone 2026 Formula 1 engine. Of course, a Ford-Red Bull engine would also be a branding deal.

“We signed an agreement with a supplier for an engine,” GM president Mark Reuss confirmed.

“If we go ahead, we’ll bring a lot of our know-how to develop things for the future as well.”

FIA president Mohammed Ben Sulayem is keen to welcome Cadillac and GM to the grid.

“I spoke to Mario and Michael Andretti at the Miami race weekend,” he told Auto Motor und Sport at the 2023 Monte Carlo Rally.

“We were very clear in our answer at the time. We want a manufacturer. We told Andretti to work with one if they were serious about it. We encouraged them and they delivered.

“How on earth could we say no to someone like GM?” Ben Sulayem added.

“We can add two more teams actually. That’s what the rules say. If they’re credible and they mean business, then we should let new teams come in.”

Ben Sulayem concluded by tantalizingly revealing that “maybe as early as next week, another manufacturer could sign for the 2026 engine regulations”.