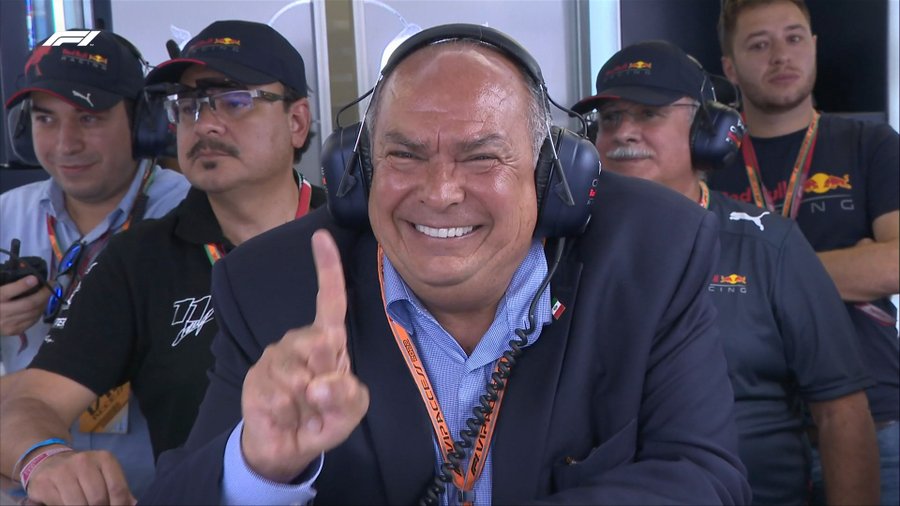 Sergio Perez’s Father Antonio Pérez Garibay (shown above) has predicted that his son will not only beat Max Verstappen, he will win the F1 World Driving title.

Perez says Verstappen’s antics last year in Brazil showed “who he really is”, while his father told esto.com that Verstappen was feeling threatened by Perez as he could “feel Checo’s breath in his helmet”.

“It is a great relationship, it is a great family, there are many things that look different, I can tell you that the best thing that has happened in the history of Checo Perez’s career has been his relationship with Red Bull,” he told encancha.mx.

“It must be remembered that Checo was not at this level and he found it, after he lost everything at Force India and Racing Point when he was fired and left without a job, but these two years they have been the most important for Checo Pérez to rebuild his confidence.

“Emotionally, like dad, he is at his best, this is very important for everyone to see.”

“I tell you that the best of Checo Perez, we have not seen it yet, he has much more to give and surely with the passage of time Mexico will have a F1 champion in the hands of Checo Perez,” he declared.