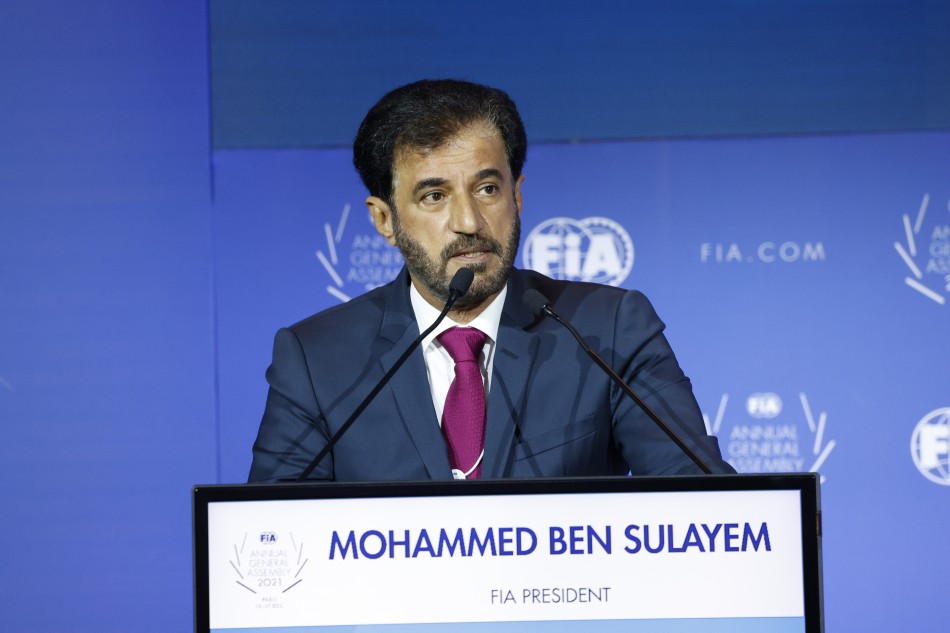 The current owners of Formula 1 have lashed back at the president of the sport’s governing body, and it’s the latest in many snafus that he has made to piss off Liberty Media, the team owners and F1 CEO Stefano Domenicali.

It is now ‘open warfare’ between F1’s regulator and its commercial rights holder, and it could get quite ugly.

“As the custodians of motorsport, the FIA, as a non-profit organization, is cautious about alleged inflated price tags of $20bn being put on F1,” he said.

“It is our duty to consider what the future impact will be for promoters in terms of increased hosting fees and other commercial costs, and any adverse impact that it could have on fans.”

Although Liberty Media turned down the Saudi approach, its Formula 1 organization was clearly incensed at the FIA president’s public intervention.

In a letter, which was copied to all ten Formula 1 teams, F1 said Ben Sulayem’s comments – which are still live on Twitter – were “unacceptable” and had “interfered with our rights in an unacceptable manner”.

The teams, and the FIA, are yet to publicly comment on the letter laying out Liberty Media’s declared “exclusive right to exploit the commercial rights” of the sport.

“Further, the FIA has given unequivocal undertakings that it will not do anything to prejudice the ownership, management and exploitation of those rights,” it added, insisting that it is “wrong” to suggest that the FIA must rubber-stamp any buyout deal.

“To the degree that these comments damage the value of Liberty Media Corporation, the FIA may be liable as a result,” the letter warned.

This may hinder Andretti’s efforts to get approved

Mohammed Ben Sulayem has been very supportive of Michael Andretti’s efforts to enter a team in F1, but the teams have consistently pushed back for fear of losing revenue.

Both sides must approve the entry.

Things have escalated dramatically in recent week thanks to social media posts on Ben Sulayem’s personal account. The first was criticizing pushback over Andretti’s new team bid, even though current competitors had largely kept their initial pushback private on the matter until Ben Sulayem went public.

This war between the two sides could result in Andretti’s entry being denied.

Clearly his remarks about the Saudi interest and a $20 billion price tag being too high have proven to be a step too far because the market cap of FWONA stock currently stands around the $16 billion level. So a big to buy of $20b is quite reasonable.

A lawsuit by Liberty Media against Mohammed Ben Sulayem and/or the FIA could be so large it would completely bankrupt Ben Sulayem and the FIA itself.

How much longer before we hear demands that Ben Sulayem resign?