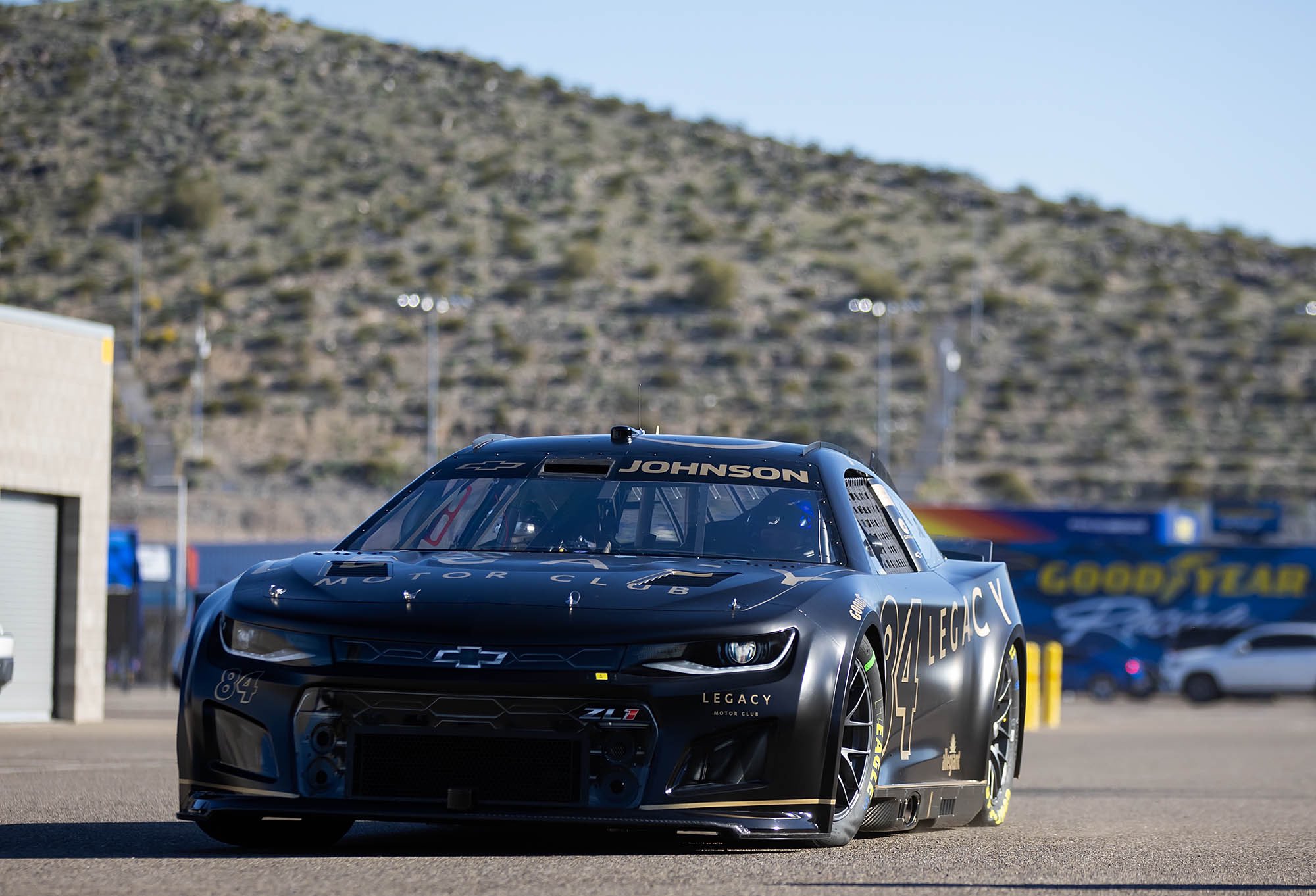 NASCAR is testing exhaust mufflers for races in big cities like Chicago and Los Angeles.

NASCAR announced the test Wednesday, stating it had invited six Cup Series teams to partake in a trial at Phoenix Raceway. In addition to aero tweaks, and changes to reduce rubber buildup in wheel wells, cars at the test will be fitted with mufflers to quiet them down. NASCAR anticipates these will reduce their volume by six to 10 decibels, or by as much as half.

NASCAR is considering using the mufflers at two of its biggest city races on the 2023 Cup Series calendar, the Clash at the Coliseum in Los Angeles, California, and its new street race in Chicago, Illinois to avoid complaints by neighbors.

We were wondering if fans could tell a difference between Cup cars with mufflers and without mufflers during two days of testing at Phoenix.

There are many parts that consist of the underwing as seen here. This week at Phoenix, NASCAR is testing a new style Engine Pan (E), longer Diffuser Strakes (K,L,M) & Speedway (Smaller) Stuffers (D).

The result is a more powerful and efficient element. pic.twitter.com/9HqMOv9FGY

“This will be the first time I’ve driven a truck at Daytona, let alone a superspeedway,” Elliott said in a team release. “There’s no better team owner than Bill McAnally to do it with, as he’s been involved in racing and been associated with NAPA for a long time.”

Elliott will drive the team’s No. 35 truck. Jake Garcia will take over the truck at Las Vegas Motor Speedway March 3.

“I think there’s an incredible amount of potential for our team to make a lot of noise this year, and we have the people to make it happen,” McAnally said.