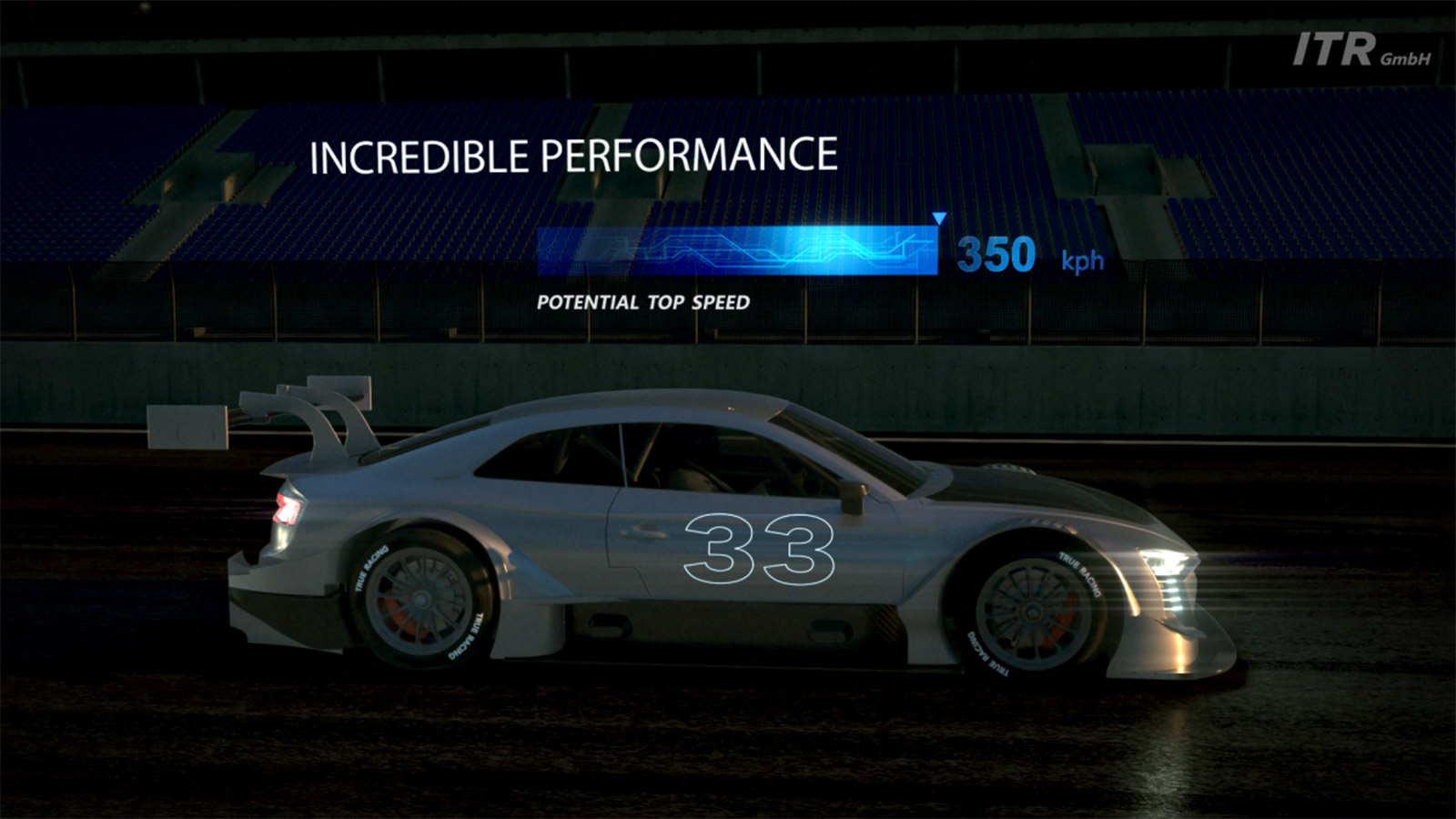 Are we finally looking at the end of the ICE Age? The Internal Combustion Engine, that is.

Reports of its death may be greatly exaggerated: after all, petrol and diesel engines still power the vast majority of the world’s motor vehicles – and still will for many years to come – but change is coming.

The changing face of the automotive market

Many automotive manufacturers have already signaled their intent to either dial down or completely stop their production of ICE vehicles. That doesn’t mean we’ll soon see the end of the petrol/diesel engine; but it signals a change of concept that will filter across the automotive industry. The sector will steadily transform as it adopts new sources of power, and – increasingly – even more advanced technologies involving autonomous vehicles.

In motorsport, too, change is coming.

In 2019, all-electric championship Formula E begins its sixth season. The single-seater series has experienced strong year-on-year growth, while Formula 1 has steadily developed hybrid and regenerative technology for the past decade. But there is not yet an all-electric series that incorporates road-going models – the sorts of cars that reflect what consumers can buy themselves.

ITR Chairman Gerhard Berger explains: “What’s important about this proposal is that, even though it would use standardized powertrain components, it would allow manufacturers to race with their own models – something yet to be embraced by an electric series. That’s obviously critical for manufacturer involvement, and allows them to maximize their marketing around it."

For the 2019 DTM season, powerful and efficient four-cylinder turbo engines were introduced. The DTM umbrella organization ITR, in concert with its manufacturers, has also begun to explore the possibility of introducing hybridization to the category.

[adinserter name="GOOGLE AD"]It’s a tricky balancing act: as F1 has shown, battery and regenerative technology is heavy – and expensive – and, in many ways, runs counter to one of the prevailing notions of racing: making it lighter makes it faster.

But sport doesn’t exist in a vacuum, and motor racing has long operated as a potential test-bed and proving-ground for many everyday automotive technologies that we now take for granted.

DTM organizer, the ITR, has now begun to explore future powertrain solutions, creating a spectacular concept study of how racing cars could evolve to embrace new technologies, while also critically retaining the power and spectacle that has made motorsport so unique and compelling.

ITR has always believed that racing must always be fast and spectacular, providing fans and competitors alike with visceral, sensory overload.

In short, that means fast, powerful racing cars that wow the senses.

Berger puts it best when he says: “I grew up racing in the 1980s, and I’ve never lost sight of what that decade gave us: spectacular cars that were always driven right at the limit; incredibly difficult to master, and, as a result, awe-inspiring and compelling in equal measure.

“Driving racing cars on the limit has never been easy, but watch onboard footage from the ’80s, and it’s immediately clear that the drivers were barely in control themselves – that’s the sort of racing I love.

“With this concept, I want us to embrace that sensation of raw power; of racing at the limits of grip. Not just with 1000bhp under the driver’s right foot; but with a car equipped with the technology of tomorrow, and using models that demonstrate a clear lineage to the major automotive parent brands. This new breed of touring car will be incredible to watch, and fantastic to drive."

ITR’s vision expands far beyond how we currently perceive electric vehicles: the blueprint for a potential new series would involve harnessing energy from two separate sources: batteries and fuel cells, which transform hydrogen into electrical energy. 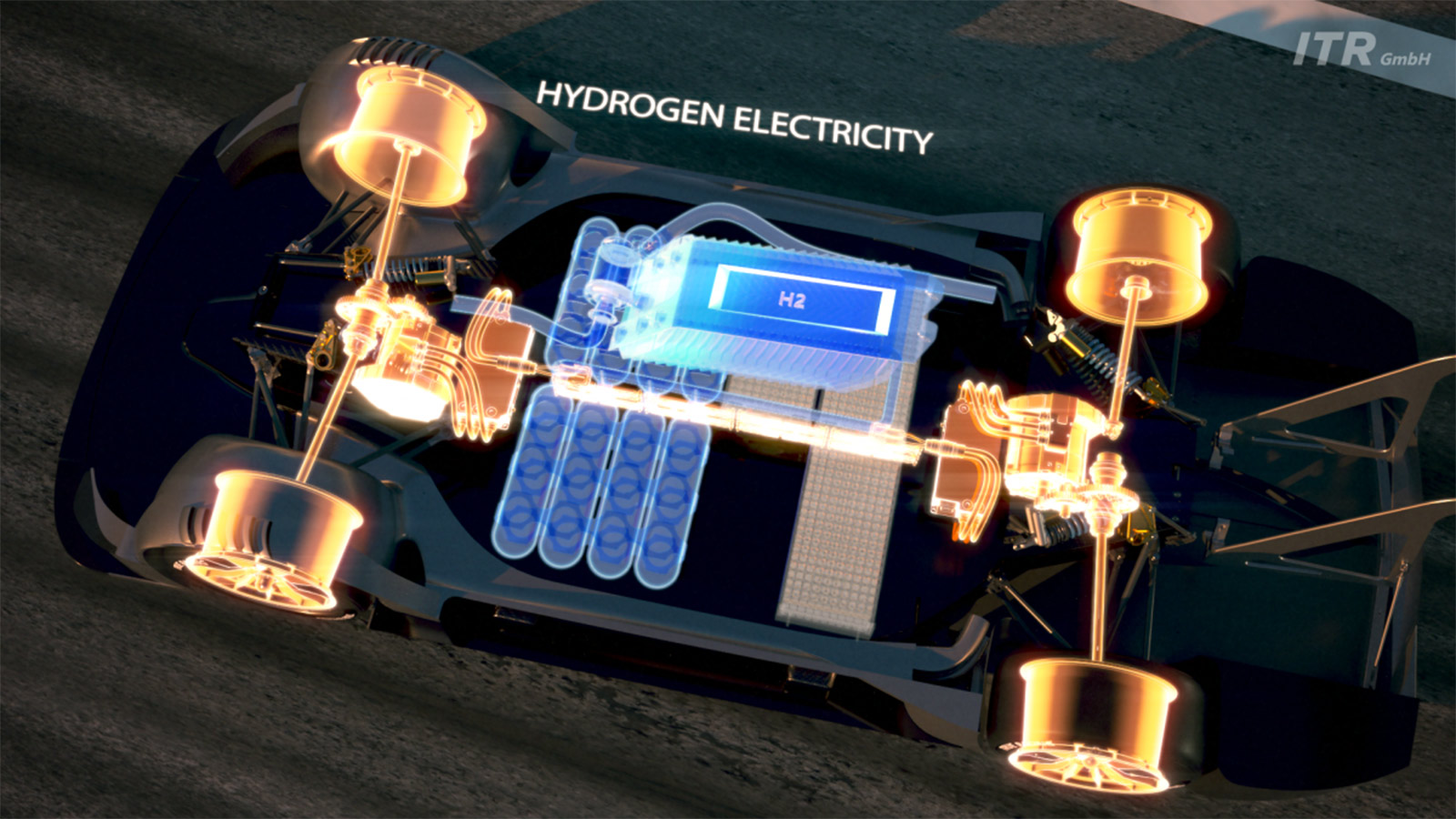 Hydrogen: the next big step?

While current electric racing series have focused on using batteries, many believe that hydrogen fuel cell technology will be the next quantum step in automotive technology.

ITR’s ambitious vision envisages cars retaining their traditional road-car silhouette but with complex racing technologies hidden beneath the skin. Fuel-cells and battery tech would be positioned beneath the cockpit for optimal weight distribution and the lowest center-of-gravity, and could be easily swapped out and plugged in during pit-stops.

However, given the scope, scale and cost of introducing an electric drive system, it would make sense to standardize the primary components – including the electric motor, power electronics and battery or fuel cell. This would reduce development costs, while also maximizing the ability to refine and improve the tech. 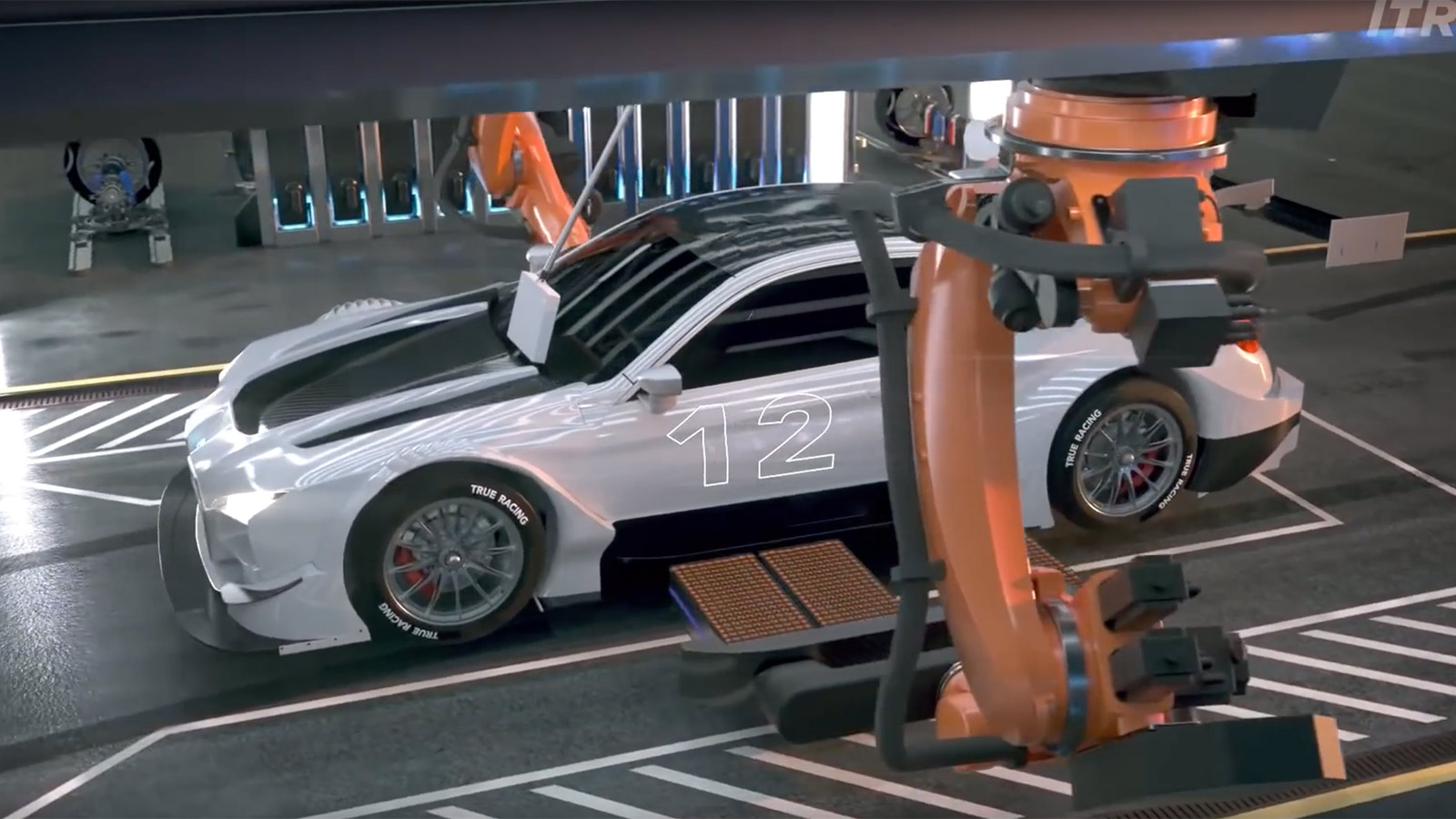 Life in the pits

One of the most revolutionary aspects of the proposal is the addition of automated pit-stop tech. An industrial robot rig would surround the car, quickly replacing all four wheels and safely swapping over the battery pack or hydrogen tank located in the car’s underbody.

The automation process also makes pit-stops safer, removing the threat to the dozen or so crew members surrounding a car when it pulls into the box.

With these technologies, a new breed of ITR racing car would be able to achieve a peak power of more than 1000bhp – rekindling memories of hugely powerful racing cars from the 1980s and ’90s – and exceed speeds of 300km/h/185mph. By comparison, 2019 DTM machines are currently powered by fuel-efficient four-cylinder high-performance engines capable of more than 600bhp. The series has also begun trialing a more environmentally friendly synthetic fuel, and has plans to introduce a hybrid powertrain element in 2022. 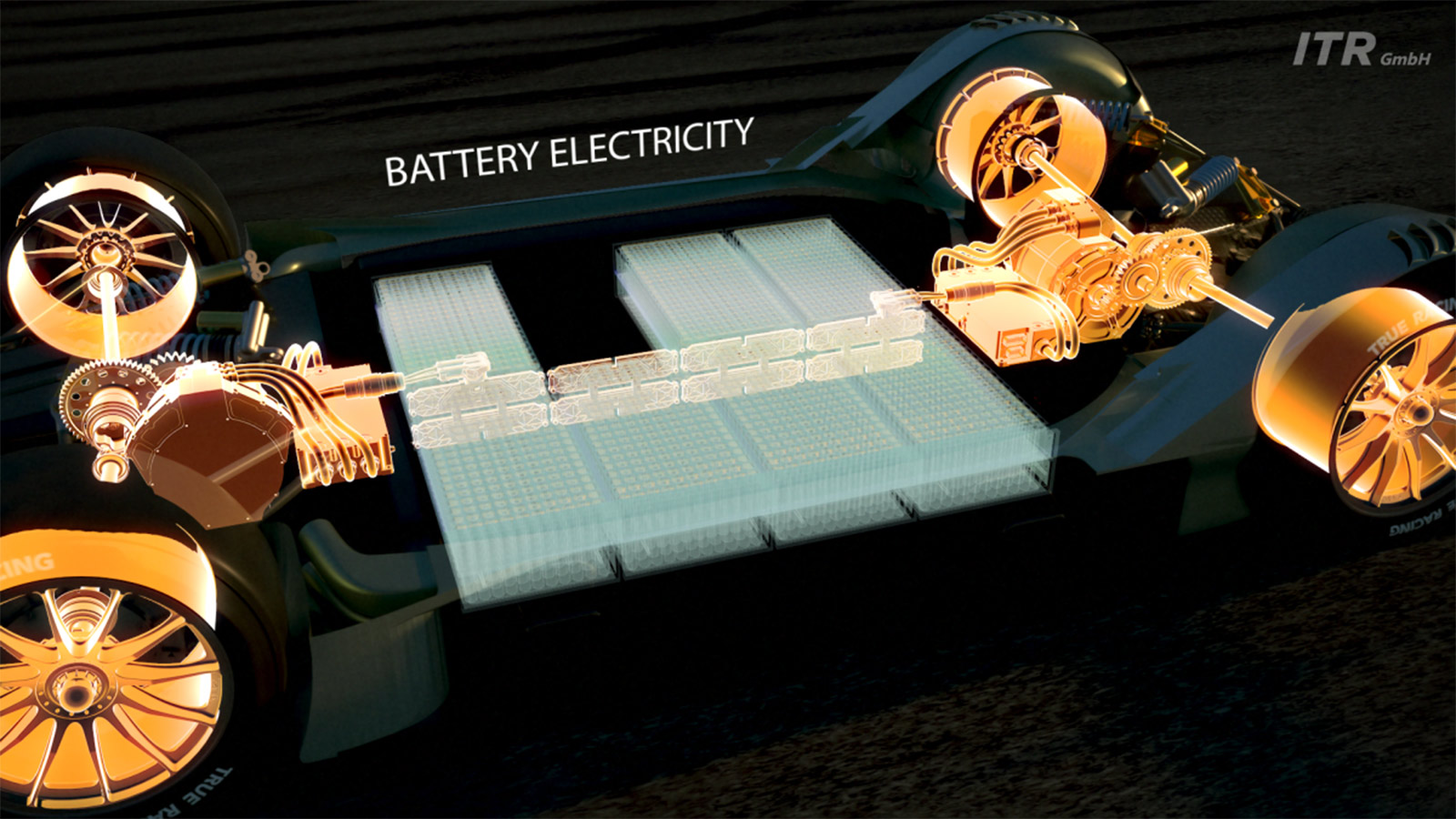 Pathway to the future

The introduction of such a huge project primarily depends on three factors: 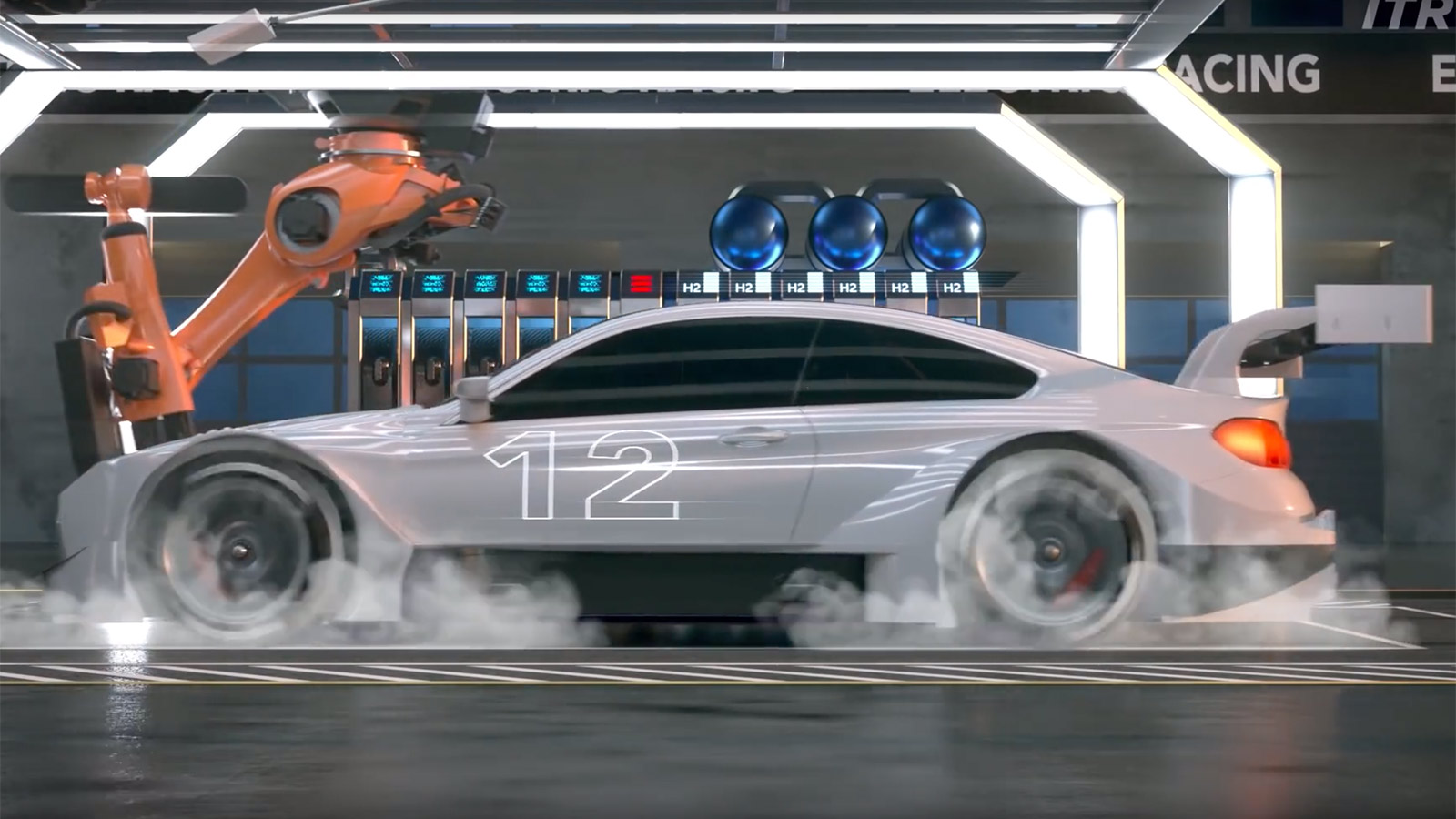 The DTM: a pioneering host for a new series

As DTM pragmatically scales up its operational base – working with Japan’s SUPER GT series on joint CLASS 1 technical regulations, including the Dream Race between both series at the Fuji Speedway; ensuring the regulations remain relatively stable in order to entice new teams and manufacturers to the table, it has also begun looking at raceable – and racy – hybrid technologies.

Given its pan-European calendar, large and established fan base, and global TV exposure, the DTM would serve as a powerful platform upon which to showcase a new alternative-powertrain ‘GT’ series – in a high-profile support slot.

Berger also sees the natural synergy: “In DTM, we already have a professional, international motor sports platform for cars with a clear connection to their road-going counterparts," he says. “The series has successfully existed for more than 30 years, has established its heritage and tradition and is hugely popular. By showcasing this new concept, we want to demonstrate that we’re ready for what the future holds and are working on the motorsport of tomorrow."