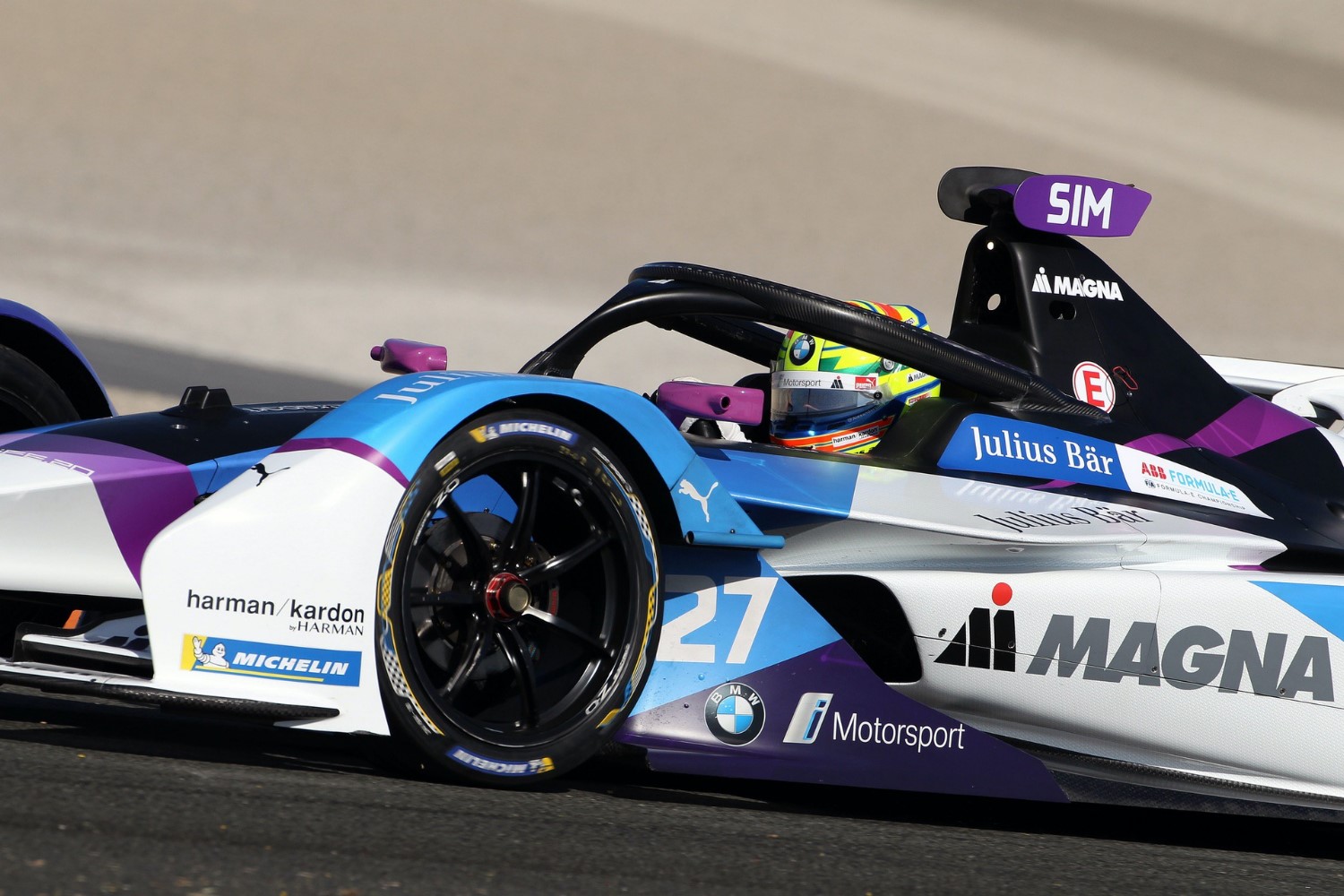 This coming weekend, Season 6 of the ABB FIA Formula E Championship will kick off at the Diriyah E-Prix (KSA) with two races.

Ahead of the race, BMW i Motorsport put together a guide, previewing the race as well as the track. For starters, the team will race in the 2019-2020 season with a new driver Maximilian Gunther (Germany) and existing driver Alexander Sims (UK).

“As the team heads back to the venue of its debut win in Season 5, and following a successful Valencia pre-season test, there is obviously some excitement ahead of the race weekend in Diriyah. However, we know that all of our competitors have been working hard and therefore we don’t underestimate the challenge ahead of us. Both Alexander and Maximilian have been very focused on their preparations for the first races of the season. With the new sporting regulations impacting how the energy is used during a race incident, we should see a move back to more energy limited racing. This should showcase the efficiencies of the BMW drivetrain. The double header format of the opening event always makes it slightly more challenging, but it is a very experienced crew at BMW i Andretti Motorsport that is well prepared for this challenge."
Alexander Sims (#27 BMW iFE.20):

“I’m glad that the waiting for the season-opener is over now. After a lot of intensive testing we feel well prepared for Diriyah. Last season we got off to a great start there, so let’s hope for a good weekend. The track in Diriyah is a mixture of two different characters. The first section reminds me a bit of the mountain section in Macau: very demanding corners, very narrow streets. Then you have the second part which is pretty wide and straight with harder braking zones. That’s a really good combination."

“I’m really looking forward to contesting my first races for BMW i Andretti Motorsport after all the preparation. We completed our test program without any major problems and should be well positioned. We will only see where we really stand at the season opener. I really enjoy the track in Diriyah. It goes up and down, and there are a lot of fast turns. The key to a fast lap time is in the winding middle sector. There is a good opportunity to overtake on the back straight."

Amazon got behind the scenes into the world of Formula E and asked BMW i Motorsport to showcase the strong link between motorsport and automotive electric technology development. The online documentary which is available on the Amazon websites from Germany, UK and USA pictures the huge team effort and the success of the BMW iFE.18 in the first race of the 2018-2019 season, the first single-seater for the Formula E competition developed entirely by BMW.

Formula E, like Formula 1, is used as a test bed for the development of future electric powertrains. BMW i Motorsport makes no exception to this rule, as the iFE competition cars are the most relevant testing platform for high-performance technologies that are deployed into serial production later on. The electric powertrain for the Formula E car is being developed jointly by BMW Motorsport in the same facility where the road-legal BMW i models take shape.

BMW Group Motorsport Director Jens Marquardt notes that: “The film shows impressively that the Formula E project is much more than just another race to us. For the BMW Group, Formula E is a TechLab for the development of future electric production drive trains. The collaboration between the motorsport and production departments is a cycle. The Formula E drive benefited from the experience of the production engineers during development. In return, the BMW i engineers are able to make use of all the technical insights that we gain through extreme use in Formula E. In spite of all the joy over sporting successes on the racetrack, this is the most important aspect of the Formula E project for us."

You can access the Amazon via the following links: