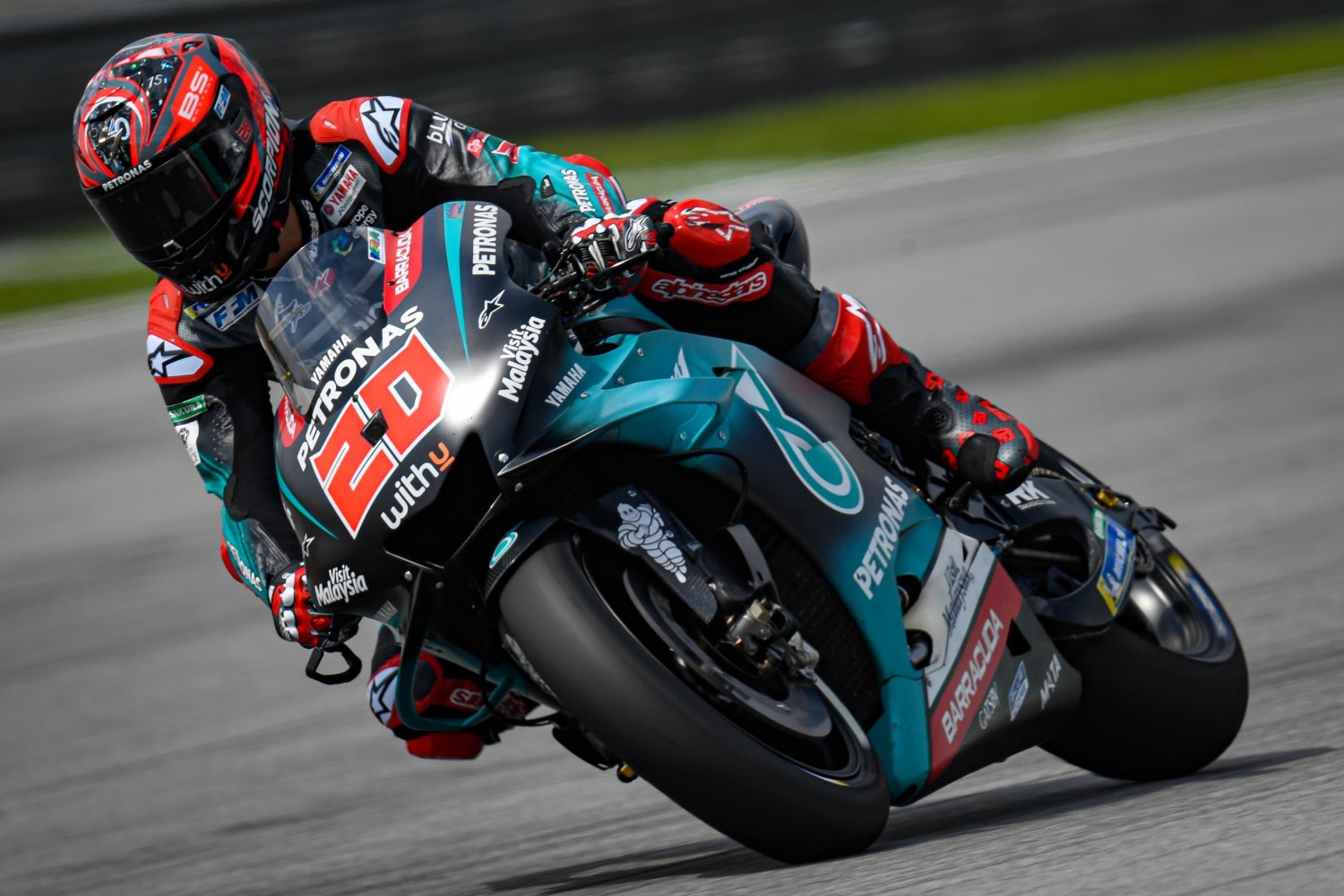 The Petronas Yamaha SRT rider put up a record lap to take pole with a 1:58.303s time while fellow Yamaha rider Maverick Vinales was 2nd. Franco Morbidelli made it a Yamaha front-row lock-out with third on the second SRT bike.

Jack Miller will start from fourth, joined on the second row by Q1 pacesetter Cal Crutchlow and Valentino Rossi.

[adinserter name="GOOGLE AD"]Marquez high-sided in the final two minutes of the session while following Quartararo.

Mind games were on display with Marquez desperate to follow Quartararo as the pair began their final runs.

But then suddenly the six-time MotoGP champion suffered a huge high side at Turn 2, which resulted in the Spaniard being thrown from his bike. He initially landed on his feet before face planting on the asphalt.

Luckily Marquez was able to walk away from the incident but will start Sunday’s race from 11th on the grid.

“I’m ok, I’m in a lot of pain all over my body after a big crash," said Marquez.

"We have a good setting for race rhythm, but we were struggling a little bit with one fast lap and especially looking for something more in the change of directions. The tyres were ready but I was maybe a little too aggressive in the change of direction. Honestly, I’m more disappointed starting 11th than with the crash itself. From 11th it will be difficult, even if we did have a good rhythm in FP4. This season we have had 17 almost perfect qualifying practices, but we will see what we can do tomorrow."

Jorge Lorenzo, who has been destroyed by Repsol Honda teammate Marquez, will start a disappointing 18th after falling more than a second short of the Q1 pace.