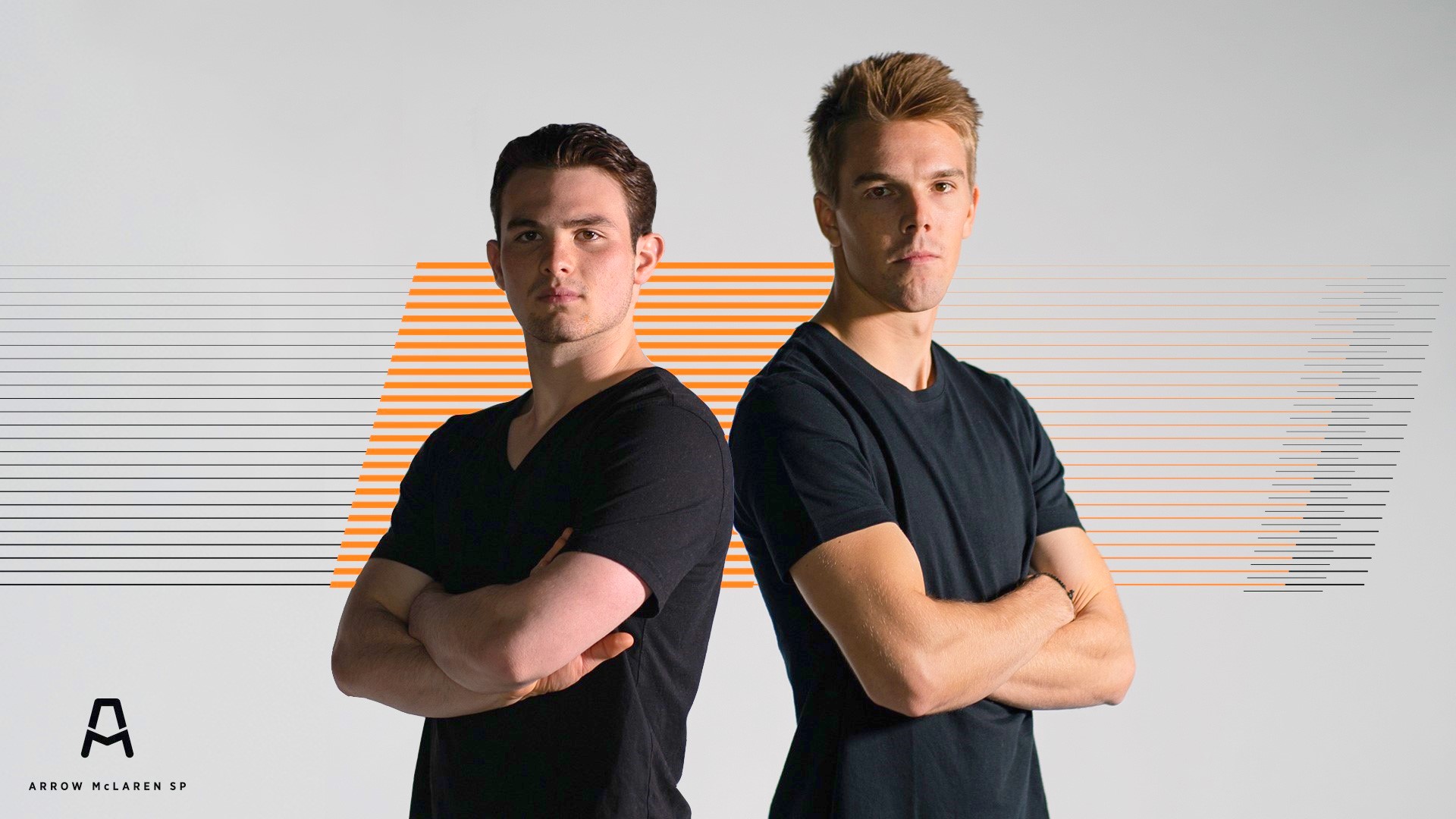 “It’s a dream come true to be joining Arrow McLaren SP for my first year in IndyCar," commented Oliver Askew, who won seven races en route to the 2019 Indy Lights title. “The new team brings together three great partners and it’s an honor to be representing them in this new chapter for the team and for my career. This is an exciting new challenge for me and the next natural step after winning the Indy Lights title this year. I can’t wait to get started."

Arrow McLaren SP are no strangers to developing young talent into championship winners. The team, formerly known as Arrow Schmidt Peterson Motorsports, are the winningest Indy Lights team in history with seven championships and have given IndyCar opportunities to rising stars such as Simon Pagenaud and Robert Wickens in recent years.

“I couldn’t be happier to be with Arrow McLaren SP for my first full season in IndyCar," said Pato O’Ward, who clinched the 2018 Indy Lights title with nine wins to his name. “I’ve had some great opportunities over the last year, but this is by far the greatest thing that could possibly happen for my career. I had a taste of IndyCar earlier this year and cannot wait to represent Arrow McLaren SP in the best way possible for a full season in 2020."

[adinserter name="GOOGLE AD"]With both Askew and O’Ward winning the Indy Lights titles in their rookie seasons, the duo has shown a great ability at adapting to new machinery and competition as they’ve climbed the ladder.

“As we look to establish Arrow McLaren SP and re-establish McLaren in the world of IndyCar, I’m delighted to be welcoming these two young, homegrown talents to the team," said Gil De Ferran, Sporting Director of McLaren Racing. “Oliver and Pato represent the new generation of IndyCar drivers. Proven winners and exciting prospects, I have no doubt that they will form an excellent pairing as we take on the 2020 season.

“Both drivers were super-impressive in Indy Lights, racking up 16 wins between them over the last two seasons. We have taken time and care to make a driver selection that we believe is in the best long-term interests of Arrow McLaren SP."

The name Arrow McLaren SP marks a new chapter for our team, as two determined racing entities – McLaren Racing and Arrow Schmidt Peterson Motorsports – join forces with the combined goal to challenge for IndyCar success. That ambition is shared and supported by title partner, Arrow Electronics.

Sam Schmidt set up a race team just 14 months after suffering serious injuries in a testing accident. As Sam Schmidt Motorsports, we started out in 2001 with the aim of fighting for wins and championships. There were no shortcuts to success but step-by-step we achieved multiple victories and seven titles at the Indy Lights level.

Following the arrival of Ric Peterson as co-owner in 2013, our development continued at IndyCar level, with seven victories and a further 28 podiums registered since then.

Now we enter the next stage of our journey, as Arrow SPM joins forces with McLaren Racing to form Arrow McLaren SP.

What ties us together is a racer’s spirit and a fierce determination and will to overcome adversity in pursuit of achievement, typified by Sam’s journey and the example of a young Bruce McLaren. In the 1960s, the young New Zealander fearlessly moved from his humble home surroundings to Europe in search of racing success, and duly became the youngest grand prix winner at the age of 22.

At the heart of Arrow McLaren SP is a shared ambition: to race, and to win. For our people, our partners, our fans, and for our sport.

That common goal provides the perfect platform for our future as Arrow McLaren SP: the combination of Arrow SPM’s experience and knowledge of modern-day IndyCar racing, strengthened by McLaren Racing’s resources and drive to always move fearlessly forward with Arrow’s technology solutions.

It’s a blend that we have to have in order to achieve our common goals of wins and titles. We come with ambition and humility in equal measure, fully aware of the strength of our opposition, and with total respect for the test the IndyCar Series provides.

And while our people want to overcome those challenges on the track, we also aim to benefit our partners and the whole sport off it. It’s a journey we will embark on with our fans, bringing new ones to the series as we strive to grow not only a racing team but motorsport globally.