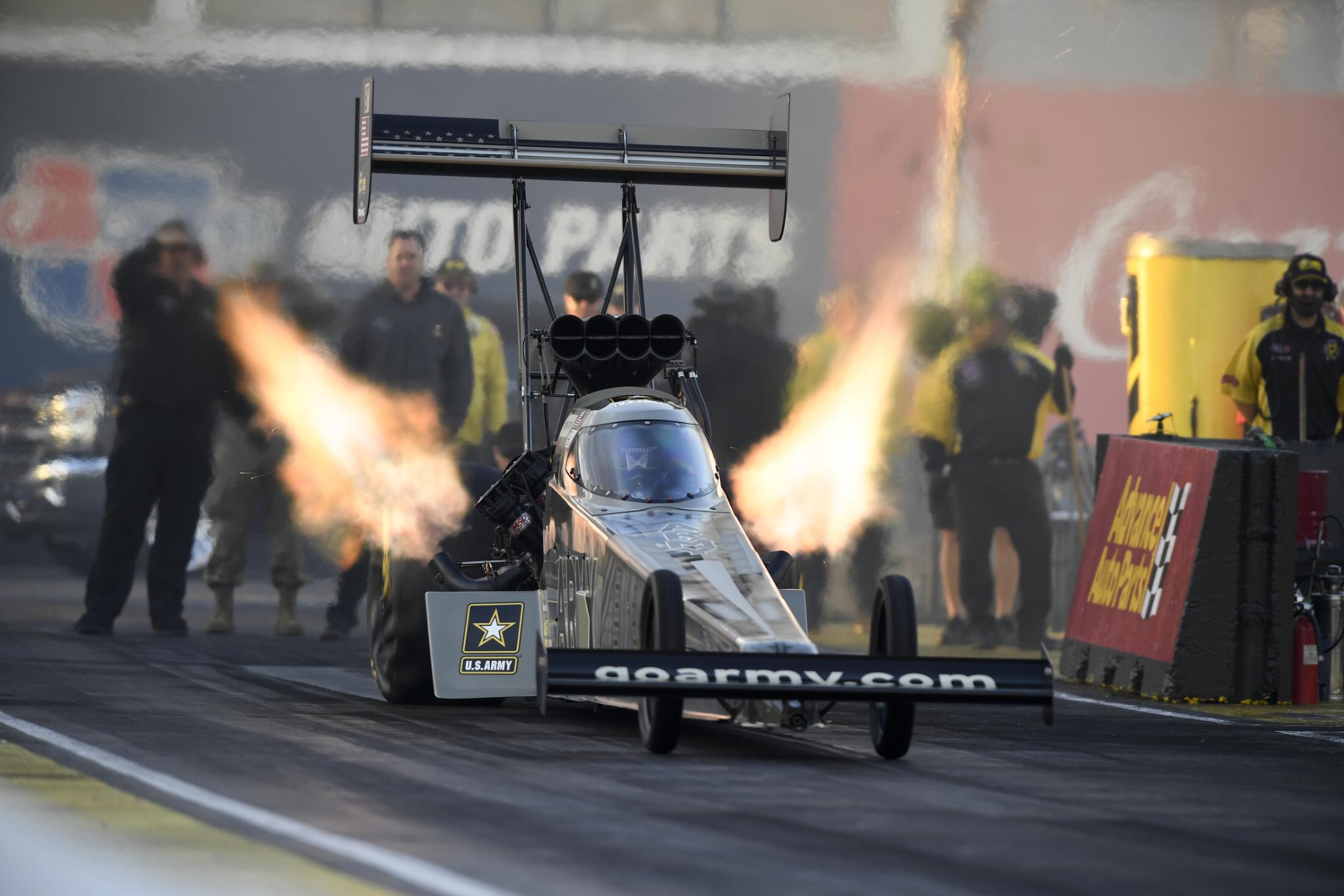 “This is an extension of the outstanding partnership Toyota has enjoyed with Antron Brown and Don Schumacher Racing (DSR) for more than a decade," said Paul Doleshal, Group Manager Motorsports, Toyota Motor North America. “We are looking forward to sponsoring Tony Schumacher, one of the all-time greats in the sport, in his return to the track in Indianapolis."

Schumacher is an eight-time Top Fuel world champion and is the NHRA’s all-time leader in Top Fuel wins with 84. Ten of those have come at Lucas Oil Raceway in the prestigious U.S. Nationals.

“I’m thrilled to have Toyota joining forces with us on the Global Electronic Technology dragster," said Schumacher, who will sport Toyota signage on the nose, side of the cockpit and the rear wing of his car. “We will be running one of Antron’s cars, so we have top-notch equipment and with all of the talented people we have back at the DSR shop working under Brian Corradi’s leadership, I think we can be competitive right out of the gate."

Toyota has a rich history with Brown, having won 50 races and three world championships since moving to Top Fuel together in 2008.

“Toyota has been a terrific partner and we are excited to see them teaming up with Global Electronic Technology and Matco Tools in sponsoring Tony," said Brown. “This is great for the sport of drag racing and, in this abbreviated season, having an eight-time world champion’s experience making additional runs as a teammate should be a huge plus for the entire team on the technical side."

The NHRA’s return to the track in Indianapolis will mark the series’ first event since the Arizona Nationals in February. Schumacher and Brown will be among six Toyota-sponsored drivers competing, joining Doug Kalitta, J.R. Todd, Shawn Langdon and Alexis DeJoria. All six have previously won at Lucas Oil Raceway.