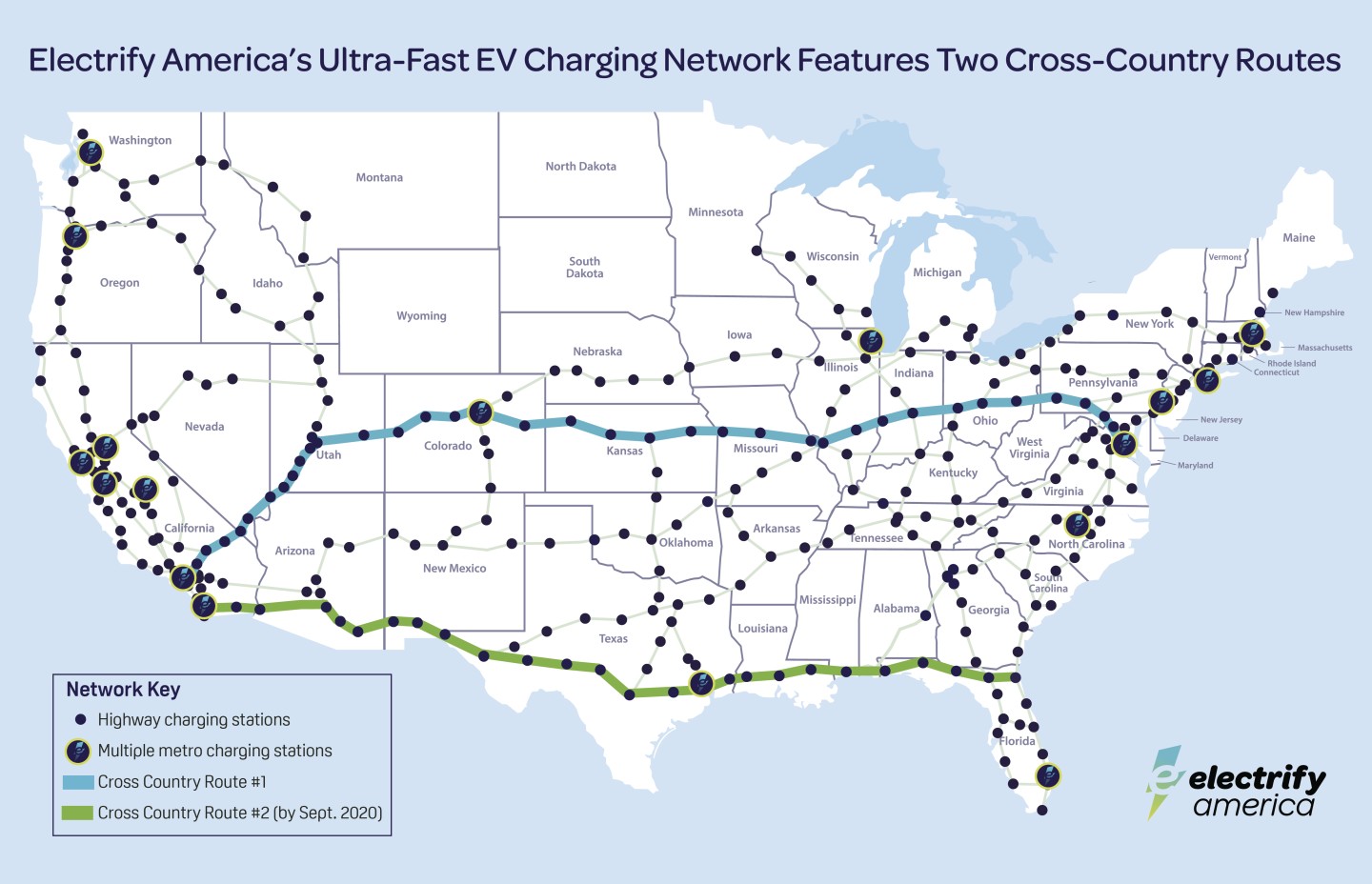 A huge factor in the adoption of electric vehicles is the issue of range anxiety, with the prospect of only being able to travel so far, or worse becoming stranded, not a particularly appealing one. As a subsidiary of Volkswagen after the diesel-gate lawsuit, Electrify America is out to relieve EV owners of such concerns and has today taken an important step forward in its mission, announcing the completion of its first coast-to-coast charging route across the US.

Just as the name suggests, Electrify America is looking to drive the uptake of electric vehicles in the US by building out the infrastructure needed to keep them on the road. Overall, it aims to construct or have work underway on around 800 charging stations in the country by the end of next year, featuring as many as 3,500 of its DC fast-charging outlets.

Along with locations in metro areas, the company is planning two cross-country routes, the first of which is now complete and can take EV owners from Los Angeles all the way to Washington, DC. The stations are 70 miles (112 km) apart on average, with the route spanning 11 states and a total of 2,700 miles (4,345 km) with charging speeds running as high as 350 kW.

By making its open charging stations available to a wider range of non-Tesla electric vehicles, Electrify America stands to play an important role in the uptake of zero-local-emissions transport. It says the second of these cross-country routes, connecting Jacksonville to San Diego, will be complete in September this year.

“Electrify America’s primary goal has always been to advance electric vehicle adoption in the U.S., and that starts by instilling feelings of confidence and freedom in consumers when it comes to EV ownership," said Anthony Lambkin, director of operations at Electrify America. “The completion of our first cross-country route is a significant step towards that goal – by making long-distance travel in an EV a reality, we hope to encourage more consumers to make the switch to electric." NickLavars/Newatlas