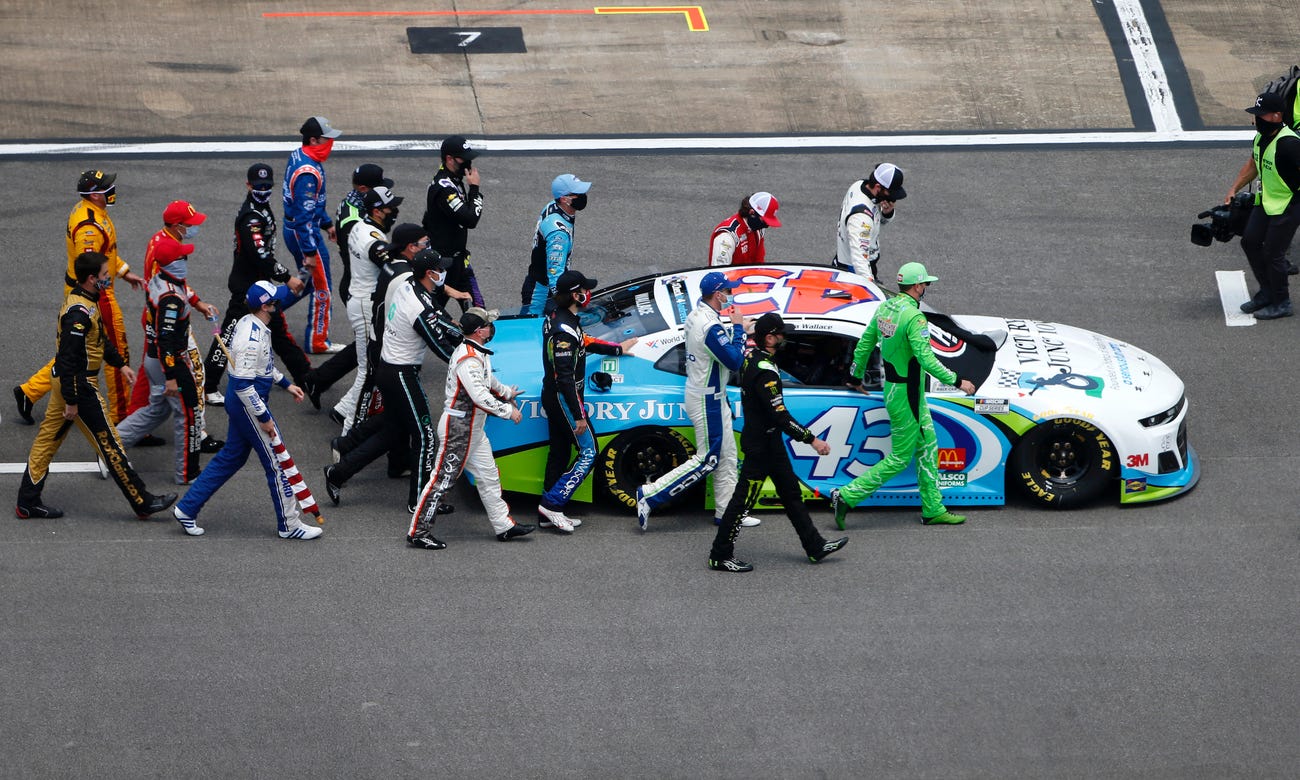 Prior to Monday's GEICO 500 race at the Talladega Superspeedway, drivers competing in the Cup Series pushed the 43 car belonging to Bubba Wallace — the association's only Black driver — to the front of the grid before standing alongside him during the national anthem.

The display of solidarity and universal condemnation of hatred came just one day after NASCAR announced it had found a noose hanging in the garage stall belonging to Wallace and his team.