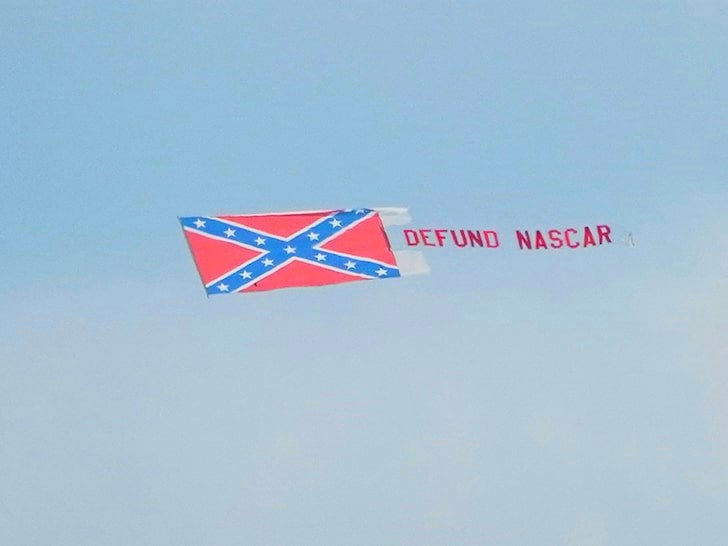 Although NASCAR announced its banning of the Confederate flag at all events and properties, defiant fans flew the flag outside Talladega Superspeedway before Sunday's race, which was postponed to Monday due to rain.

Cars displayed the flag on the boulevard outside the track, while a plane flew above pulling a banner of the Confederate flag that read "Defund NASCAR."

NASCAR finally made the decision to ban the flag from its events after driver Bubba Wallace, the only Black driver in NASCAR's top series, urged NASCAR to get "rid of all Confederate flags" in order to take the next step in the fight against racial injustice. Seven-time champion Jimmie Johnson also joined the cause, calling for NASCAR to ban the Confederate flag from its events.

"The presence of the confederate flag at NASCAR events runs contrary to our commitment to providing a welcoming and inclusive environment for all fans, our competitors and our industry," NASCAR wrote in a statement. "Bringing people together around a love for racing and the community that it creates is what makes our fans and sport special. The display of the confederate flag will be prohibited from all events and properties."