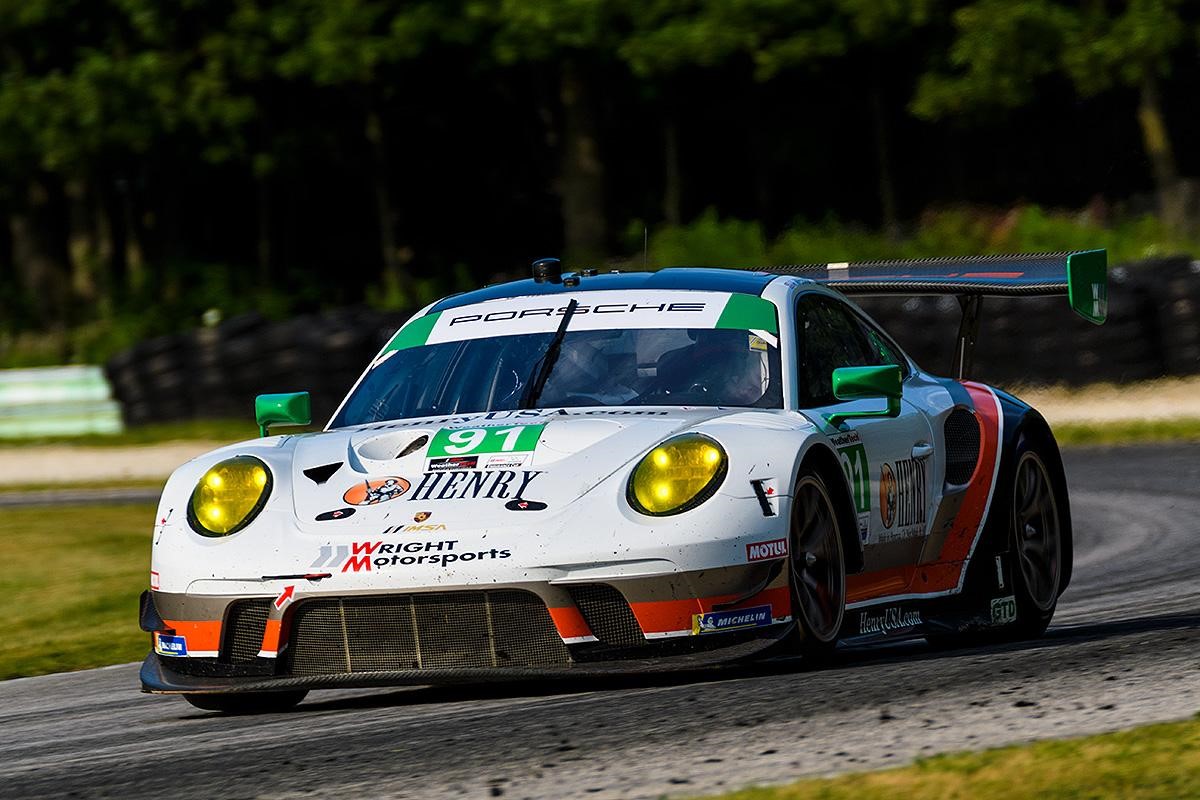 When Wright Motorsports started the 2020 IMSA WeatherTech SportsCar Championship, the team had a two car effort in place with the full season entry of the No. 16 1st Phorm Porsche, and the Sprint Cup entry of the No. 91 Henry Repeating Arms Porsche. Following the impact of COVID-19 on Henry Repeating Arms, the primary sponsor of the Sprint Cup effort, the No. 91 car has withdrawn from the season’s championship efforts.

“First and foremost we at Henry Repeating Arms send our condolences to all those who lost a loved one during this pandemic," said Anthony Imperato Sr., President of Henry Repeating Arms. “We would also like to extend a heartfelt thank you to all of the frontline workers. We are truly disappointed to have to sideline our #91 Porsche for the balance of the 2020 IMSA WeatherTech series. Our New Jersey factory was shuttered for the past two and a half months and has only recently partially reopened. Our Wisconsin factory, while fully operational has been hampered by parts and materials shortages because of the virus."

“The personal and economic impact we’ve seen nationwide from COVID-19 has been sad to see," said Wright Motorsports owner John Wright. “The Imperatos have been a part of our team for many years, and it’s unfortunate Anthony Imperato and Jeroen Bleekemolen won’t be able to drive the No. 91 this season. We’ll continue to support our family at Henry Repeating Arms, and we look forward to their return to our on-track efforts."

“When our business normalizes, and this pandemic is behind us, we will return to race alongside the Wright Motorsports team as our love for the sport will never waiver," concluded Imperato Sr. “Our best to the series, our friends and competitors for a great run for the rest of the season."

The No. 16 1st Phorm Porsche will continue its full season efforts with Ryan Hardwick and Patrick Long driving in the Sprint Cup events, with the endurance lineup to be confirmed at a later date. Daytona International Raceway will host the first event since January’s Rolex 24 at Daytona. The WeatherTech 240 will take place January 4th, airing on NBC Sports Network 6:00PM-9:00PM Eastern. The team’s one-car effort in the GT World Challenge America Powered by AWS with Max Root and Fred Poordad will also continue as planned, picking up again July 9-12 at VIRginia International Raceway. The team's Porsche GT3 Cup Challenge program will also continue, resuming July 31 – August 2.

For updated schedules and the latest team news, visit wrightmotorsports.com.