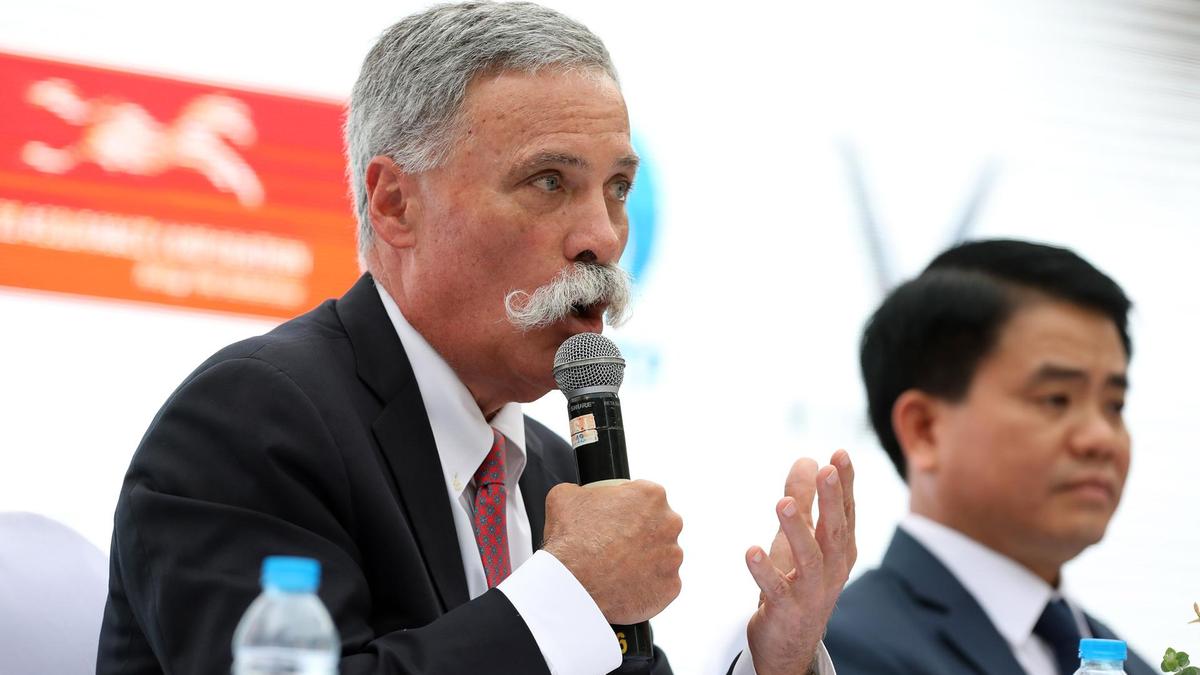 UPDATE This rumor upgraded to 'fact' today. Formula 1 has announced Bahrain and Vietnam Grands Prix have been postponed as a result of the coronavirus outbreak.

No new date has been announced for the races, and F1 said it will "monitor the situation and take the appropriate amount of time to study the viability of potential alternative dates for each grand prix later in the year should the situation improve".

"The global situation regarding COVID-19 is fluid and very difficult to predict and its right we take time to assess the situation and make the right decisions," said F1 CEO Chase Carey.

"We are taking this decision with the FIA and our promoters to ensure the safety of everyone involved in Formula 1 and our fans."

The cancellation of the first three races means the season would, in theory, start with the Dutch Grand Prix in early May, but F1 admitted that "given the sharp increase in COVID-19 cases in Europe in recent days, this will be regularly reviewed".

03/12/20 AR1.com has now confirmed that the Vietnam GP is postponed. Waiting to hear new date, if any.

03/12/20 (GMM) With Bahrain, Vietnam and even this weekend's 2020 season opener in Australia now in serious doubt, attention is beginning to turn to the viability of even F1's European races this year.

F1 CEO Chase Carey, who alongside the FIA is being heavily criticized for his handling of the coronavirus crisis so far, has been spotted in Hanoi where it is understood the decision to postpone the inaugural Vietnam GP has finally been made.

Reportedly, that postponement will be announced on Sunday, when F1 is currently scheduled to race at Albert Park.

In Australia, there are currently 129 confirmed coronavirus cases, including Hollywood actor Tom Hanks and a man who last Saturday was at the Albert Park hotel.

But in France, where Paul Ricard is scheduled to host its grand prix in June, the number of coronavirus cases has hit 1700.

The country has already banned large gatherings of people.

Eric Boullier, who heads the Paul Ricard organizers, told Auto Hebdo: "The safety and health of our spectators and partners, as well as the people in Formula 1 and the media, is our priority."

He also pointed out that the French ban on large gatherings is set to expire in April.

"In view of this and other information about the spread of coronavirus, nothing justifies calling into question the organisation of the French GP," he added.

However, he admitted that if the race is called off, people will get ticket refunds.

"We still have a lot of time," the former McLaren boss told Le Figaro. "We hope that the epidemic will be contained by then."

Frenchman Boullier is not ruling out excluding spectators from the Paul Ricard event, as Bahrain has already announced.

"Either it takes place, with or without an audience, or it is postponed or cancelled. In all cases, we have good insurance and spectators will be fully reimbursed," he said.

Ouest France newspaper also quoted Boullier as saying: "We are in almost daily contact with the decision-makers, be it the government, the FIA, the French motor sport federation, the F1 bodies, and also other race organizers.

"We will see what happens in mid-April about the organisation of events in France – from then on we will see if things are reconsidered. But for the moment, we are not changing our plans," he said.

As for the races that come before France, including Zandvoort, Barcelona, Monaco, Baku and Montreal, Boullier said: "F1 is now in Melbourne which is a pretty good sign.

"It is an epidemic, but it's not the end of the world either. Life goes on and you have to stay positive.

"For the rest, we will advise according to what is happening," he added.