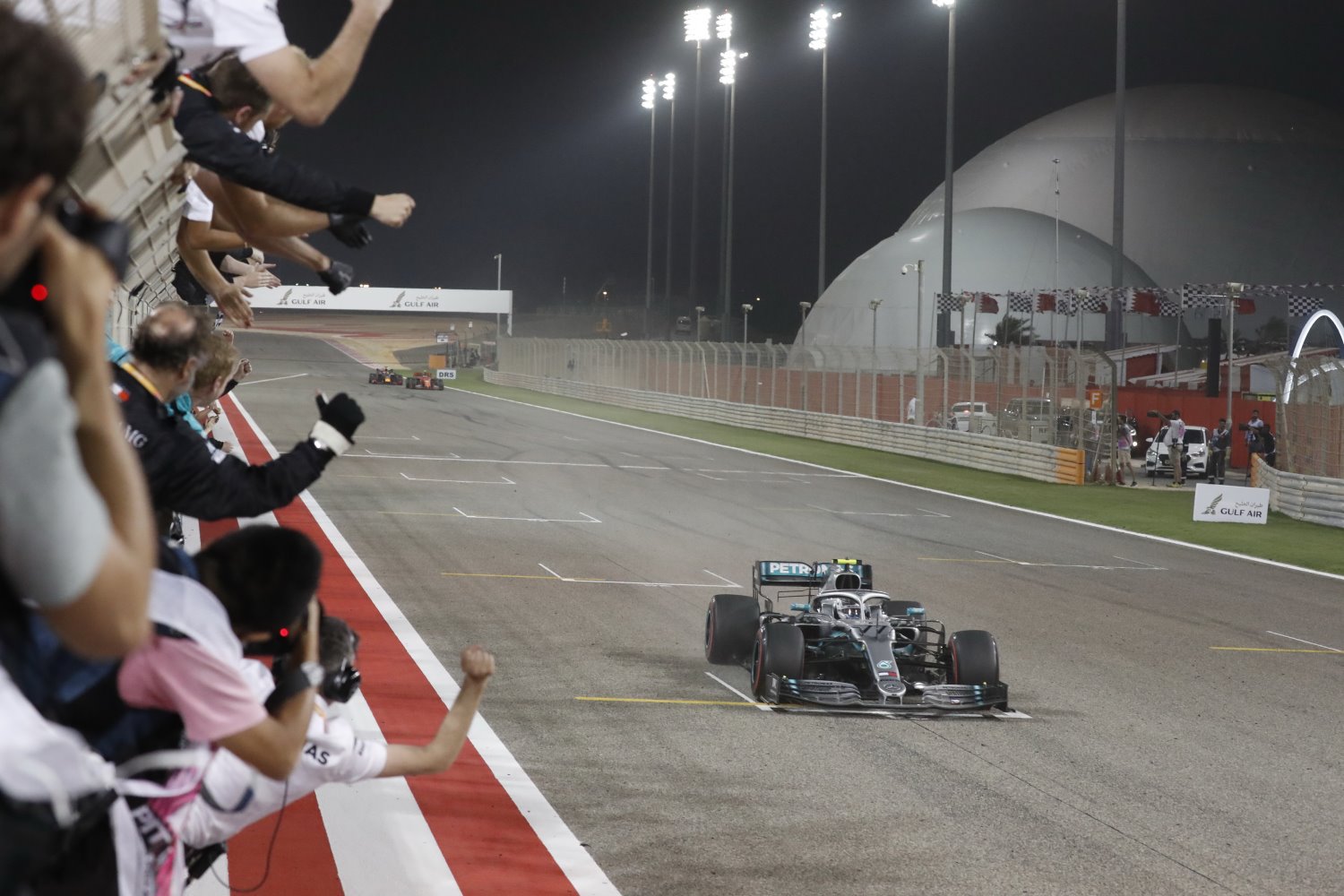 UPDATE This rumor is upgraded to 'fact' today. Bahrain has decided to run its Formula 1 grand prix without race fans to limit the spread of the coronavirus.

In a statement issued on Sunday morning, Bahrain said that the second round of the championship would be a televised event only.

"In consultation with our international partners and the Kingdom's national health Taskforce, Bahrain has made the decision to hold this year's Bahrain Grand Prix as a participants-only event," it said.

"As an F1 host nation, balancing the welfare of supporters and race goers is a tremendous responsibility.

"Given the continued spread of COVID-19 globally, convening a major sporting event, which is open to the public and allows thousands of international travelers and local fans to interact in close proximity would not be the right thing to do at the present time.

"But to ensure that neither the sport, nor its global supporter base, is unduly impacted, the race weekend itself will still go ahead as a televised event."

"Bahrain's own early actions to prevent, identify and isolate cases of individuals with COVID-19 has been extremely successful to date.

"The approach has involved rapid, proactive measures, identifying those affected by the virus, of which the overwhelming majority of cases relate to those traveling into the country by air.

"Aggressive social distancing measures have further increased the effectiveness of preventing the virus' spread, something that would clearly be near impossible to maintain were the race to have proceeded as originally planned.

"We know how disappointed many will be by this news, especially for those planning to travel to the event, which has become a cornerstone event of the international F1 calendar, but safety has to remain our utmost priority."

03/05/20 Bahrain GP organizers have halted tickets sales for the second round of the F1 World Championship while the coronavirus situation is assessed.

A statement from Bahrain International Circuit said that if circumstances allow more tickets will be released at a later date – while also leaving open the option to give refunds if it is deemed that the venue has to decrease the size of the crowd from the current figure.

The circuit said that it wants to hold a “safe and exciting" event, and has been working with government departments to mitigate the spread of the virus.

“In light of the continued global outbreak of COVID-19, the BIC has announced that it will be phasing the sales of Grand Prix tickets to ensure appropriate social distancing guidelines are met," said the statement.

“As further facts emerge, the BIC is in close communication with both Formula One Management and the Kingdom’s health authorities to assess the developing situation and release further tickets or refund the face value of tickets depending on circumstances and updated medical advice."

The circuit is also adding facilities at the venue: “This precautionary step has been introduced along with a number of public health measures ahead of the Grand Prix to ensure the safety of all spectators, teams and circuit staff.

“These include screening procedures on entry, specialist medical facilities onsite, enhanced sanitation at the circuit, additional hand washing stations, information points for fans, as well as specific medical protocols to manage any suspected cases of COVID-19."