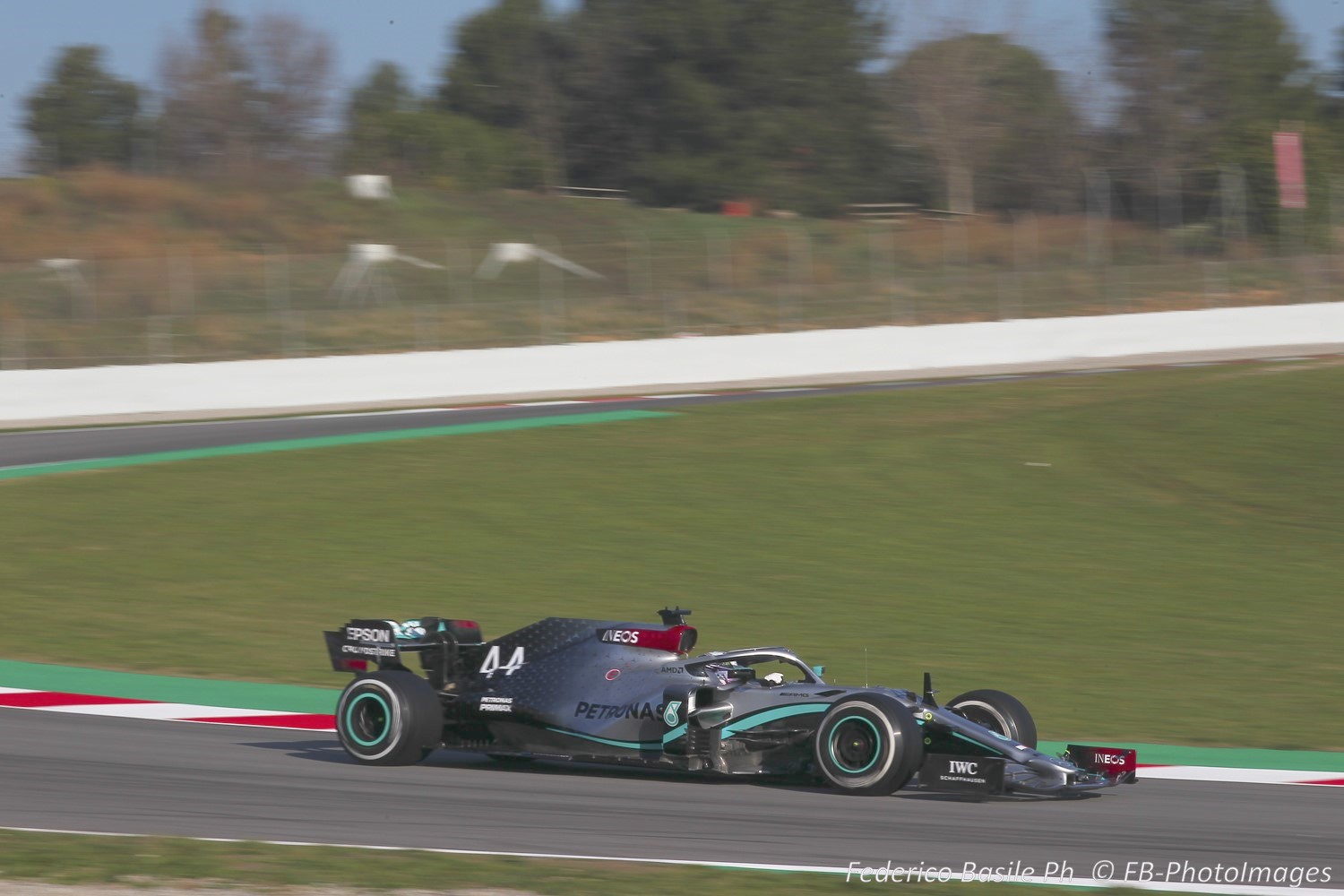 It appears that the FIA has declared the 'push and pull' function of the steering wheel, which adjusts the toe-in and toe-out in motion, to be legal.

"We rely fully on the FIA, who must figure out whether it complies with the regulations.

"We have not talked about it with the federation, but we'll ask for clarification."

Team boss Mattia Binotto said it would take Ferrari "until the middle of the season" to have a version of the DAS up and running on the red cars.

Red Bull-Honda is also said to be questioning the legality of the system.

"I think it's an extremely clever idea," former driver Marc Surer told Sport1. "And since it has been approved by the FIA, it is also legal.

"But I would still not rule out that we will have a protest in Melbourne over this."

02/21/20 ï»¿Mercedes dual-axis steering (DAS) system has reportedly been outlawed for the 2021 Formula 1 season under the new technical regulations.

Mercedes shocked the paddock on the Thursday of pre-season testing when onboard cameras showed Hamilton pushing and pulling his steering wheel, which on closer inspection showed the toe of the front-wheels changing.

Mercedes technical boss James Allison confirmed on Thursday that the FIA had given the system the all clear as under the current rules, there is nothing that stipulates the toe can’t be adjusted as it is classed as steering, not suspension, which is governed by Article 10.5 of the technical regulations.

However under the 2021 regulations, which were published in October last year, an amendment to Article 10.5 appears to make reference to the Mercedes system.

“The re-alignment of the steered wheels, as defined by the position of the inboard attachment of the relevant suspension members that remain a fixed distance from each other, must be uniquely defined by a monotonic function of the rotational position of a single steering wheel."

This Article, 10.5.2, isn’t included in the 2020 regulations and it therefore appears that the FIA has reacted to the development, which suggests Mercedes have been working on the idea for some time given it would have had to inform the FIA prior to the publication of the 2021 regulations in October for the new article to be included.

With the system banned next season, it will likely mean rivals teams will – at least the smaller outfits – decide against developing it which according to several sources, would take several months. However teams such as Ferrari and Red Bull may press ahead with copying it if they see a major performance benefit.

Under current regulations, the FIA cannot ban such an innovation if it complies with the rules and doesn’t pose a danger, unless all ten teams unanimously back the decision – however under a new rule for 2021, the FIA can ban things it believes go against the spirit of the rules without requiring unanimous support from all ten teams. Motorsport Week

Racing Point F1 technical director Andy Green has said it would “take six months to copy" Mercedes’ new ‘Dual Axis Steering’ system, even if you had the resources of Ferrari and Red Bull Racing.

While Racing Point are at the centre of debate about their RP20 being a ‘copycat’ of Mercedes’ 2019 championship winning W10, the Silver Arrows’ new DAS system has sparked controversy.

Green feels that the DAS system is something that would take months to replicate even if a team had a huge amount of resources to put towards it.

“The DAS is not so easy to copy," he told the Italian media.

“Even a big team with huge resource like Ferrari and Red Bull, will take six months to copy it.

“You would have to completely rework out the front area of the car and maybe also change the chassis."

The regulations changes for 2021 appear to prevent such a system as the DAS from being implemented next year.