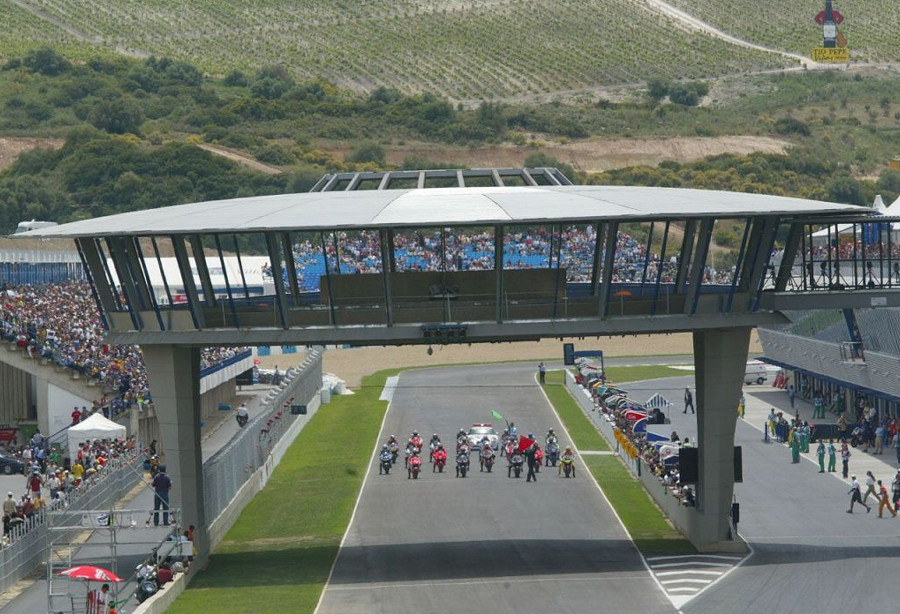 [UPDATE] This rumor is downgraded to ‘false’ today. Jerez will not host a race on Formula 1’s ‘corona calendar’.

Earlier, it was believed the sport was poised to add single races at Jerez, Istanbul and Abu Dhabi, and a double-header in Bahrain, to the existing 13-race schedule.

“I know the track well so I’m ready for that weekend,” Renault driver Esteban Ocon said in Barcelona.

However, Spain’s Diario Sport newspaper claims the negotiations with Liberty Media “broke down”.

“The Junta (regional government) de Andalucia, the Jerez circuit, the Federation and the sports council had been talking for some time with Liberty to consider the possibility of hosting two grands prix in Spain,” Avino said.

Another circuit that will not be joining F1’s ‘corona calendar’ is the Lausitzring in Germany.

“So far, no one has approached us with the question,” Dekra, a German company that owns the circuit, told DPA news agency.

“Should such an enquiry come, we would of course examine the possibility of hosting a Formula 1 race.”

F1 race director Michael Masi said in Barcelona that the full 2020 calendar should be finalized within a week or two. (GMM)

Spain is still on the 2020 schedule, but only because Barcelona received an eleventh-hour reprieve in the form of a single-year deal.

We reported last November that Jerez, the scene of the climactic finale of the 1997 season, is in talks with Liberty Media about a three-year deal for 2021-2023.

“The council has been working for two years so that Formula 1 returns to Jerez,” the Spanish city’s mayor Mamen Sanchez told Diario de Jerez at the time.

It is believed the regional government – Junta de Andalucia – may even have signed an agreement in principle with Liberty Media, involving a $25 million per year race fee.

“Some claim it is done but until May or June it will not be known,” he said.

“The investment for this is very high and we also need other administrations to support the cause, not just the Andalusian government.”

For 2020, Spain is only remaining on the calendar because Barcelona concluded eleventh-hour negotiations for a single-year deal that involved pushing out the calendar to an unprecedented 22 races.

Citing local sources, newspapers El Mundo Deportivo and Marca claim that Jerez – which was the scene of the climactic finale of the 1997 season – is in talks with Liberty Media about a three-year deal for 2021-2023.

Reportedly, an agreement in principle may already have been signed for a $25 million annual fee, payable by the regional government Junta de Andalucia.

The news reportedly follows a meeting in London between Spanish officials and Chase Carey.

Jerez de la Frontera mayor Mamen Sanchez said she regrets that the information has leaked into the public.

“The council has been working for two years so that Formula 1 returns to Jerez,” she told Diario de Jerez newspaper.

“I want to issue a reminder that we have a confidentiality agreement and I hope and wish that any ambition to tell the news does not frustrate the negotiations,” Sanchez added.