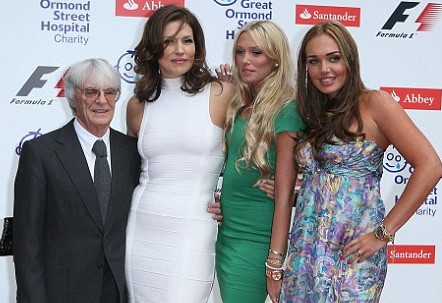 The famous circuit, which returned to the F1 calendar in 2018 after a long absence, is actually owned by Bernie Ecclestone's ex-wife Slavica.

And reports suggest the 61-year-old Croatian former model, who inherited ownership of the venue following her divorce with the former F1 supremo in 2009, now wants to sell Paul Ricard as well as the local airport and two hotels.

Clair admitted that there is interest in the venue at Le Castellet.

"Like all fine products or companies, there is an appetite for the Paul Ricard circuit," he told f1only.fr.

"But contrary to what was written by a journalist, Slavica does not want to sell. It is not her objective.

"On the other hand, there are many offers which are being analyzed," Paul Ricard CEO Clair added. "These are interesting moments for us, because it is a moment to take stock and realize the great things we have.

"It also allows us to see everything that can be improved, because investors are aware of the history of such a legendary circuit, but they wonder what is the development capacity.

"We receive offers, but if none of them goes to the end, there will be no sale, either this year or next year," he said.