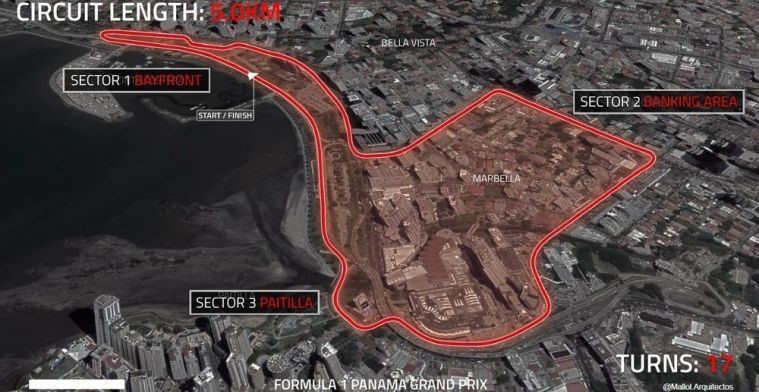 UPDATE Add promotional video for the rumored GP below.

12/30/19 According to reports from the Panamanian newspaper Mi Diario, plans for a Formula 1 race in the country are in place and a circuit is being built. It is possible to hold a race in the city and would add another new destination for the Formula 1 calendar.

The initial design of the circuit that has emerged shows a street circuit through the center of Panama City. The exotic location on the beach is cited as a reason why this would be a great Grand Prix for Formula 1.

In the leaked document, 2022 is indicated as a potential time that the Grand Prix could be held at the circuit.