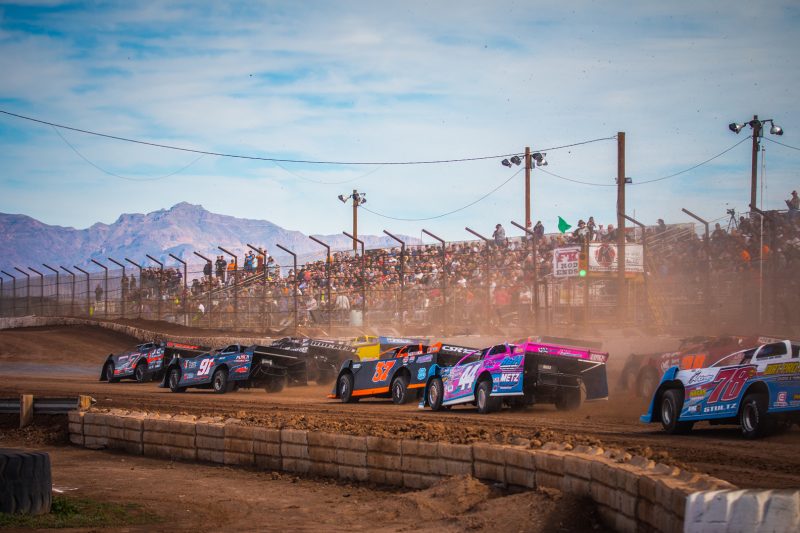 Following the six nights of incredibly hot racing action during the 13th Annual Wild West Shootout last year, fans have been eagerly waiting for this year’s event. In 2020, this lucrative series started on Saturday, 11th January, and it’s expected to run until Sunday, 19th January. That translates to a week of unlimited racing entertainment and lots of betting opportunities for punters. You can browse bet-il.com and learn more about online sports if you’re new to online betting.

Here’s a quick recap of the results the Arizona speedway ahead of the final race on Sunday.

Shirley Takes The First Round

While Brian Shirley went ahead to claim the first victory on the Arizona Speedway, the win almost didn’t happen. The 38-year-old driver got word on Friday night that his wife suddenly got a seizure from her chronic autoimmune condition, but decided to stay for the Wild West Shootout debut night.

As Ricky Thornton Jr tried to cruise to victory lane, he jumped the cushion remaining ten laps and Brian Shirley seized the opportunity to lead. In the end, the emotional driver was in the victory lane, earning $5000 from the 40-lap opening miniseries.

[adinserter name="GOOGLE AD"]During the feature event on Sunday, Don Shaw took an early lead before Brandon Sheppard overtook him to take over the lead. Bobby Pierce jumped to second place in the 25th lap and continued chasing down the leader, with Ricky Weiss closely behind him.

Bobby and Weiss continued battling through the lap traffic for the second position until the final moments of the event. However, Weiss dominated over the second position with five laps to go, even getting close to rivaling Sheppard for the top position, but the time was over.

Sheppard Takes The Second Win In A Row

In a record-breaking attendance on Wednesday, Brandon Sheppard was happy to claim his second win in a row after his toughest competitor failed to stop him. The New Berlin driver took his second $5000 win in Arizona, keeping his hope alive for winning at least $100,000 in the Keyser quarter-million-dollar challenge after Shirley’s opening win took away his shot for $250,000.

This year, it seems like a pair of Illinois drivers landed in Arizona ready to take the desert treasures, and they’re not leaving much for the rest. Brian Shirley took his second $5,000 victory at the Keyser Manufacturing shootout, matching the victory of New Berlin driver Brandon Sheppard.

Shirley and Sheppard started alongside each other on the fourth lap, but the Chatham driver took the lead from Oxford’s Chris Simpson in the 21st lap. Shirley and Shepard both have a shot at winning the $25,000 in the Keyser quarter-million challenge, though one of them will need to win the remaining two miniseries. However, they still have the chance to win $10,000 in the sponsor’s bonus program if they win a total of three matches each.