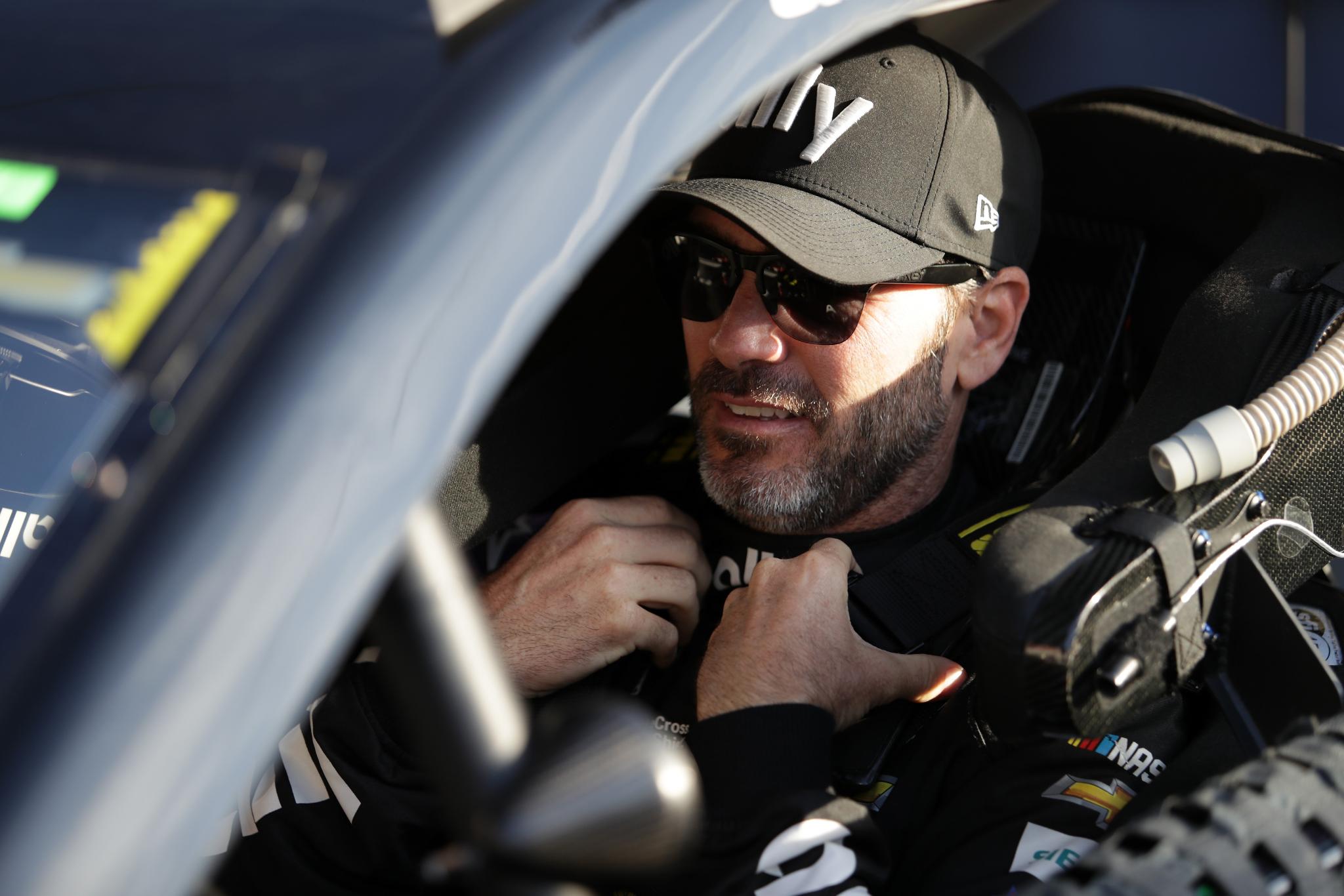 Johnson, 44, will exit NASCAR's premier series after the 2020 season with a resume that dwarfs that of every other driver in the 21st century.

Consider this: Johnson won a record five straight championships from 2006 through 2010; he has accumulated 83 victories, all in the No. 48 Hendrick Motorsports Chevrolet, most among active drivers (Kyle Busch is second with 56); Johnson won his seven titles under a variety of postseason formats, from the 10-race Chase to the 16-driver elimination Playoff.

"I'm so thankful for 18 incredible years of racing in NASCAR," Johnson said in the Twitter video announcing his retirement. "This sport has been good to me, and it's allowed me to do something I truly love. I showed up chasing a dream, and I achieved more than I ever thought possible.

"I'm looking forward to next season and celebrating what will be my last year as a full-time NASCAR Cup driver. I know what this team's capable of, and I hope 2020 is one of the best years."

The video concluded with the hashtag #CHASING8, indicating Johnson's determination to try for a championship that will break a tie with Richard Petty and the late Dale Earnhardt.

To accomplish that goal, Johnson will have to rally from a career-worst drought that reaching 95 races with last Sunday's Championship 4 event at Homestead-Miami Speedway. More immediate goals including catching and passing Darrell Waltrip and Bobby Allison, who are tied for fourth on the career victory list with 84.

Johnson currently is tied with his childhood hero, Cale Yarborough, for sixth all-time.

With his last victory having come at Dover in June 2017, Johnson hasn't adapted as well as he would have liked to Chevrolet's Camaro ZL1—or to the lower-horsepower, higher-downforce competition package NASCAR introduced for the 2019 season.

In 2020, however, Chevrolet is racing the Camaro ZLI 1LE, which already has been tested an approved by NASCAR. Perhaps the new model will help provide the impetus Johnson needs to chase an eighth championship in earnest.

He has scheduled a news conference tomorrow at Hendrick Motorsports HQ to "discuss his decision." Johnson had "two years remaining on his contract" when primary sponsor Ally "signed on before this season to replace Lowe's." Ally last month announced a three-year extension with the No. 48, but Johnson's future was "not tied to the renewal" through '23

“Jimmie will go down as one of the top-three greatest drivers of all time, if not the greatest. What made him so special wasn’t what he did on the track but how he handled himself off the track. We couldn’t have asked for a better champion those seven years. When you consider role models, Jimmie is the person you want your kids to emulate. He is the guy you want to hate, but you just can’t.

“I am glad to hear this news because, as someone who raced with Jimmie every season, it has been tough to witness his frustration the past couple of years. I know this was a hard decision for him, but I am thrilled he will have the opportunity to take it all in next year. The decision is the hardest part of all of this. I look at all the stuff he now will be able to do – playing with his kids and throwing himself more into running and cycling – and I couldn’t be happier for him. The man deserves it."

“This has the potential to be the greatest-ever last at-bat, walk-off homerun we’ve ever witnessed by a NASCAR driver. We have one final year to celebrate, acknowledge and appreciate the remarkable career of one of NASCAR’s all-time greats and be equally dominated by the idea of witnessing Jimmie capturing an unprecedented eighth title. This news will headline the 2020 season."

“Jimmie Johnson is not just one of NASCAR’s greatest champions and a certain first-ballot Hall of Famer; he’s been a great family man and role model to countless young drivers aspiring to follow in his footsteps. Jimmie has consistently been most gracious with his time and most thoughtful in our discussions. I’m not looking forward to the day he hangs up his helmet, and I wish him great success in his final fulltime season."

“Jimmie Johnson is a class act and a true champion on and off the track. It’s been a pleasure to compete with him over the years and to call him a friend throughout it all. Congratulations on a phenomenal career. Best of luck ‘chasing 8’ one last time."

“No matter what happens next year, Jimmie has nothing to prove to anyone. What I want for him in 2020 is to see him go out competitively, regardless of whether he wins an eighth championship or not."