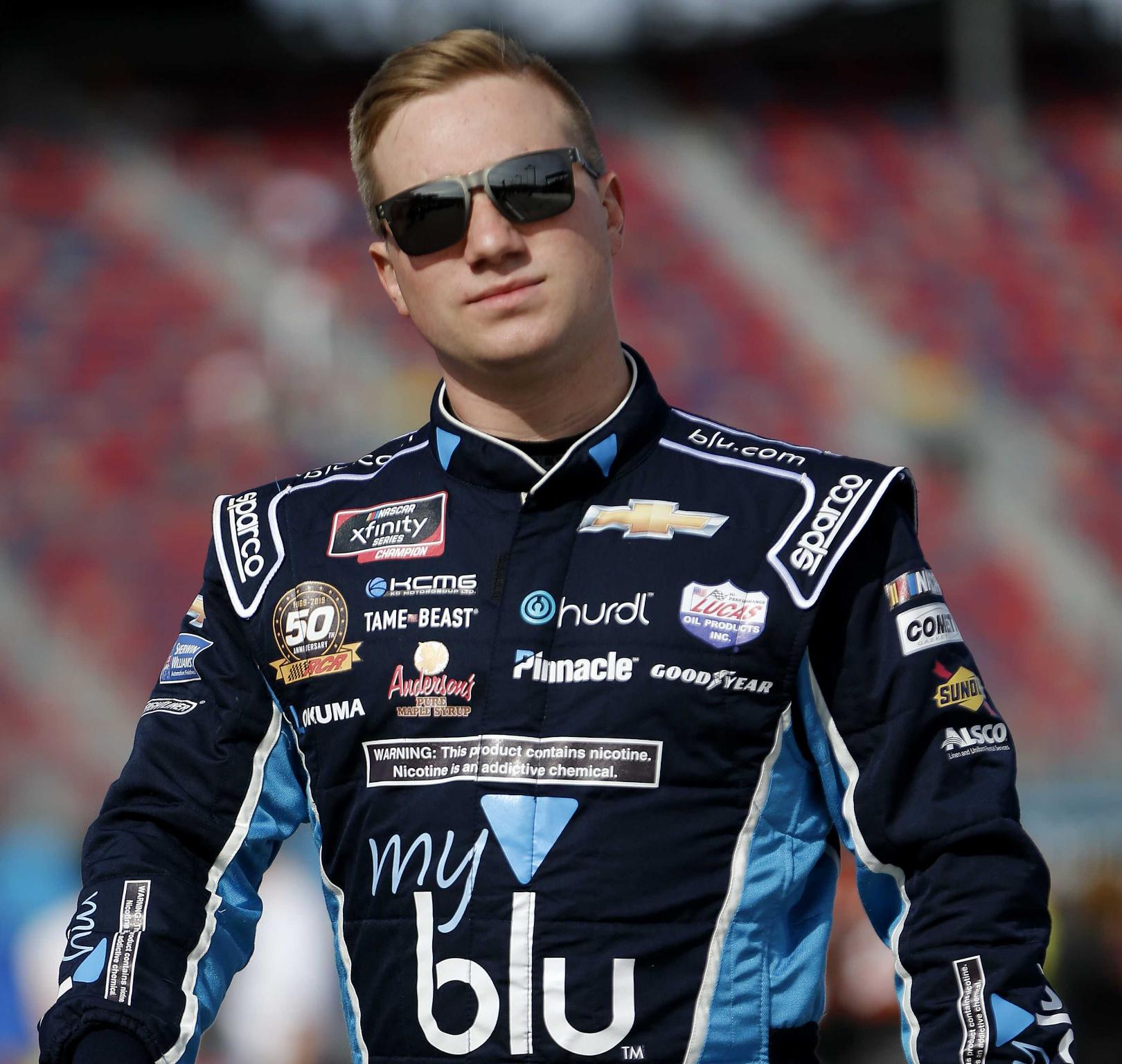 Winning back-to-back NASCAR Gander Outdoors Truck Series championships is a rare feat indeed—only Matt Crafton has accomplished it, in 2013 and 2014.

No one, however, has won back-to-back titles in either series driving for two different owners, and both Tyler Reddick and Brett Moffitt have the opportunity to do so this year.

Reddick was last year's upset Xfinity championship winner in a JR Motorsports Chevrolet. Moffitt was released from his ride after winning the Truck Series title with Hattori Racing Enterprises.

To Reddick, a second title would have added significance. His current team, Richard Childress Racing is celebrating its golden anniversary in NASCAR this season and already has announced that Reddick will drive a Monster Energy NASCAR Cup Series car for the organization next year.

"It would mean a lot," Reddick said on Thursday during Championship 4 Media Day at The Edition. "The second one—I kind of said it a few times today—for me it's more about winning it for RCR in the 50th year. Granted, Cup racing next year, but I want to do everything I can to win what I can for them. That's an Xfinity Series championship.

"All the guys at the chassis shop, on that compound, have put a lot of effort into these cars all year long. We have the five wins, got the most top fives (23), regular season championship. Those are all good things. We want to add one more thing to that and be a champion on Saturday after the race is over.

Reddick has to beat Christopher Bell, Cole Custer and Justin Allgaier in Saturday's Ford EcoBoost 300 to secure his second Xfinity title, while Moffitt will face off against Crafton, Ross Chastain and Stewart Friesen in Friday's Ford EcoBoost 200 Truck Series race.

Moffitt doesn't consider himself particularly statistics-oriented, but, clearly, he would relish a second championship. That it would be a second straight with a different team isn't the foremost consideration.

"So, I mean, obviously, winning it with two different teams is a little more difficult than staying with the same team two years in a row, but we have gained traction as a team and we get more competitive week in and week out. So I feel really good about it."

Moffitt took no particular delight when Austin Hill, his successor in the Hattori ride, fell out of the Playoffs in the Round of 6.

"Yeah, I mean, you try not to think about it that way, but it's… obviously I was not happy about how the year ended last year, winning a championship and getting released from my job. And I guess it's karma—I'll say that."