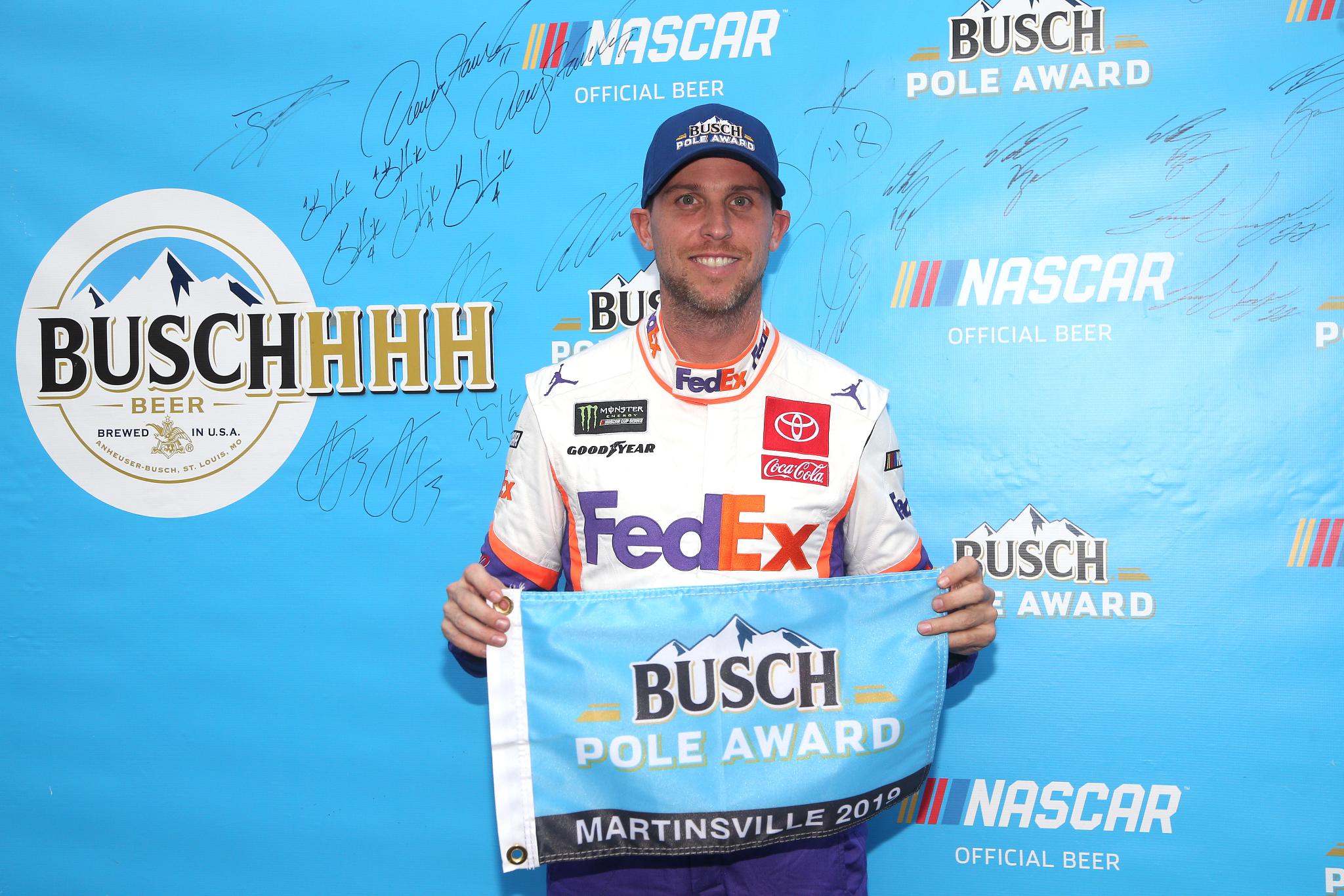 Denny Hamlin will start from the pole for Sunday's First Data 500 at Martinsville Speedway.

Hamlin, a five-time Martinsville winner, laid down a lap speed of 97.840 mph to claim the top spot.

"It was good," Hamlin said. "We definitely didn't expect to run that fast for sure. We didn't make any mock run and the fastest in practice was something like a 59 or something like that, so certainly caught us off guard, but really I just drove it to its capability and that's kind of all I had. I was happy with it. I knew when I ran it, I was pretty happy with the lap, so to have the pole is obviously a huge, huge deal here."

With two of the last three Martinsville winners going on to win the series title, Hamlin may be in a strong spot to bolster his championship hopes with a win on Sunday.

"Two of the three, so that's 66 percent. If they're in the Final Four, they have a 25 percent. It is part of just numbers," Hamlin said. "It just happens to be one of those things. I think really, you don't see many surprise winners at this race track. I think it's really just the best guys, the best drivers really perform really well at this race track. It's just challenging in so many different ways. It's challenging just to tell your crew chief what's right and wrong in the car. I think that it's more coincidence than anything, but certainly if it was the entire field – a lot of it is just because the Round of 8 guys will always step up in the Round of 8. They spend more time on their cars, things like that, so it's more coincidence, but a lot of it is just because those guys are great and I wouldn't know."

Fellow title contender Chase Elliott, with whom Hamlin tangled for the race win in 2017, will start second. However, the Dawsonville, Georgia speedster will have to start from the rear of the field after blowing an engine in practice.

Other notables include playoff contenders Kyle Busch and Kyle Larson, who tied on time, in 13th and 14th respectively. Busch gets the nod on his higher position in owner points.