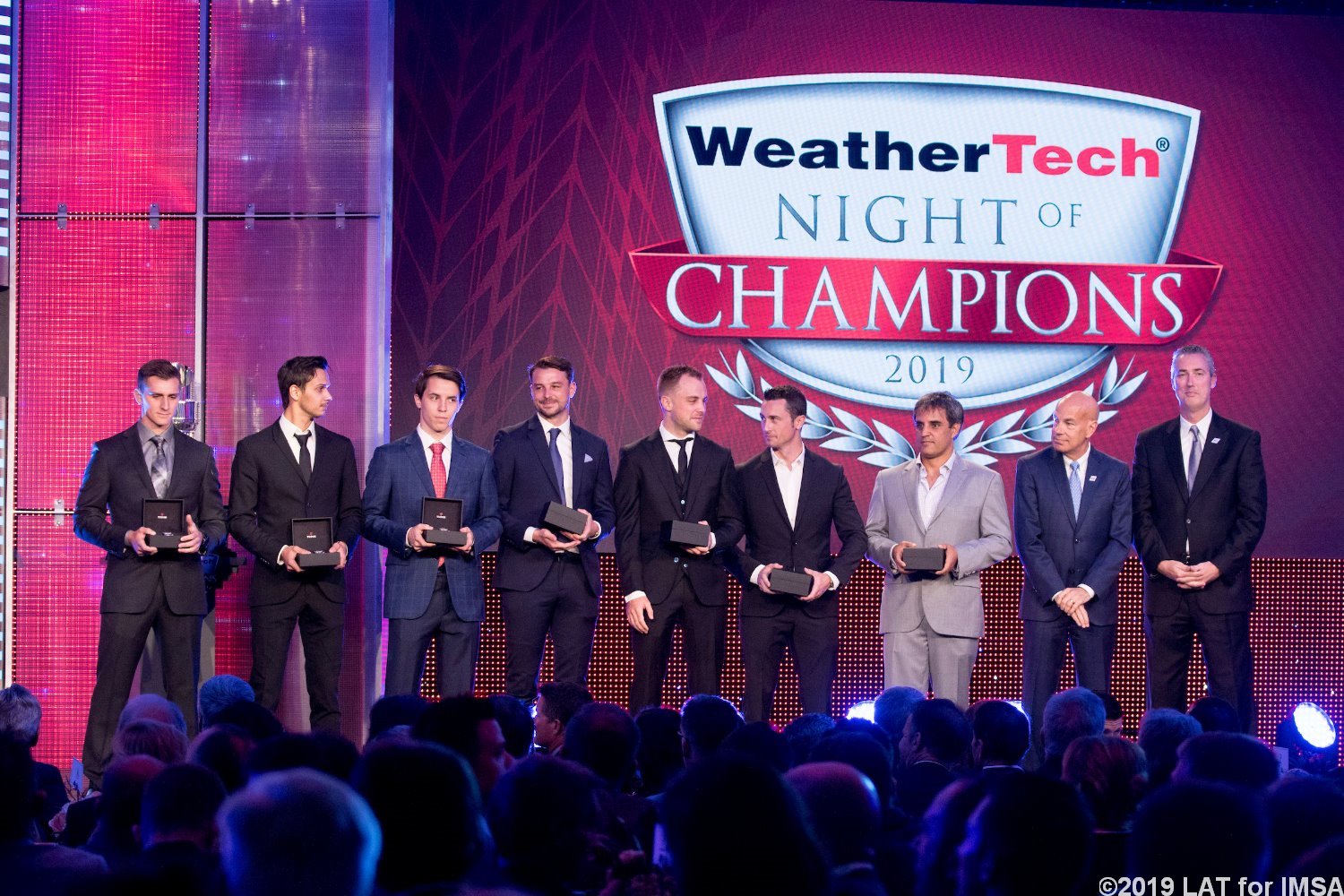 To most on the outside, it seemed as if the No. 6 Acura Team Penske team faced a pretty easy task at the Motul Petit Le Mans in order to lay claim to the IMSA WeatherTech SportsCar Championship’s driver and team titles in the Daytona Prototype international (DPi) class.

All Juan Pablo Montoya, Dane Cameron and Simon Pagenaud had to do was bring the car home in eighth place or better on Saturday at Michelin Raceway Road Atlanta to accomplish the deed. Simple, right?

Not so fast. On Sunday morning, some 12 hours after finishing fourth in the 10-hour season finale to claim the title, they recounted the pressure they faced in doing so as they prepared for the evening’s WeatherTech Championship “Night of Champions" to honor title winners in all categories.

Montoya was especially animated as he talked about the final double stint he drove in the dark to the checkered flag.

“It was so freakin’ stressful!" he said. “Before I got in the car (for the last stint), they came to me and said, ‘Remember, it’s eighth place that we need to finish and we’ve got nearly 10 minutes’ advantage. Don’t screw it up.’ I’m like, ‘OK.’

“It’s hard because some laps you start pushing and you’re really comfortable pushing, but you know that by pushing you can get it completely wrong (and make a mistake)," Montoya added. “And then you back off and you start making mistakes and you go, ‘Oh, I need to go back to pushing, but don’t push too hard. Oh, this was really easy, I can do it quicker. No, don’t try it!’"

“It becomes a mental struggle," chimed in teammate Cameron, who could only stand and watch in the team’s pit – a location he wasn’t used to from his two previous WeatherTech Championship titles.

“The last couple times I won (the championship), I was in the car so at least the time goes by a little bit quicker and you’re a little bit more in control," Cameron said. “We were fairly comfortable when we got there (entering the race weekend), so it was literally just so many ways for it to go wrong. You’re just trying to dodge all the pitfalls during the day."

Cameron added he enjoyed seeing the reaction of the No. 6 crew as Montoya crossed the finish line to seal the deal.

“It was really cool to see all the guys and how much it means to them, with the amount of effort they put in," he said.

That sentiment was the same across all the class winners on Sunday morning. Like Montoya and Cameron did for Acura in DPi, Laurens Vanthoor and Earl Bamber delivered driver, team and manufacturer championships for Porsche in GT Le Mans (GTLM).

“It was a hard team effort. Sometimes it was great and sometimes it was really tough. We just did a better job in the bad races to score the most points and you need a good team to do that."

The same feeling carried over to GT Daytona (GTD) champions Mario Farnbacher and Trent Hindman, co-drivers of the No. 86 Meyer Shank Racing with Curb-Agajanian Acura NSX GT3 that took home driver and team titles. The duo said they were up until 5 a.m. celebrating with their team, a memory they’ll cherish for years.

“I’m just grateful to have this opportunity to work with Mike Shank, with Mario, to work with an unbelievable crew at MSR and Acura and Honda Racing/HPD. We’ve all become more than friends and co-workers this year. That’s a very special bond that will never be broken with anybody who worked on this team and achieved this."

The 2020 WeatherTech Championship season opens with the Rolex 24 At Daytona, Jan. 23-26 at Daytona International Speedway.