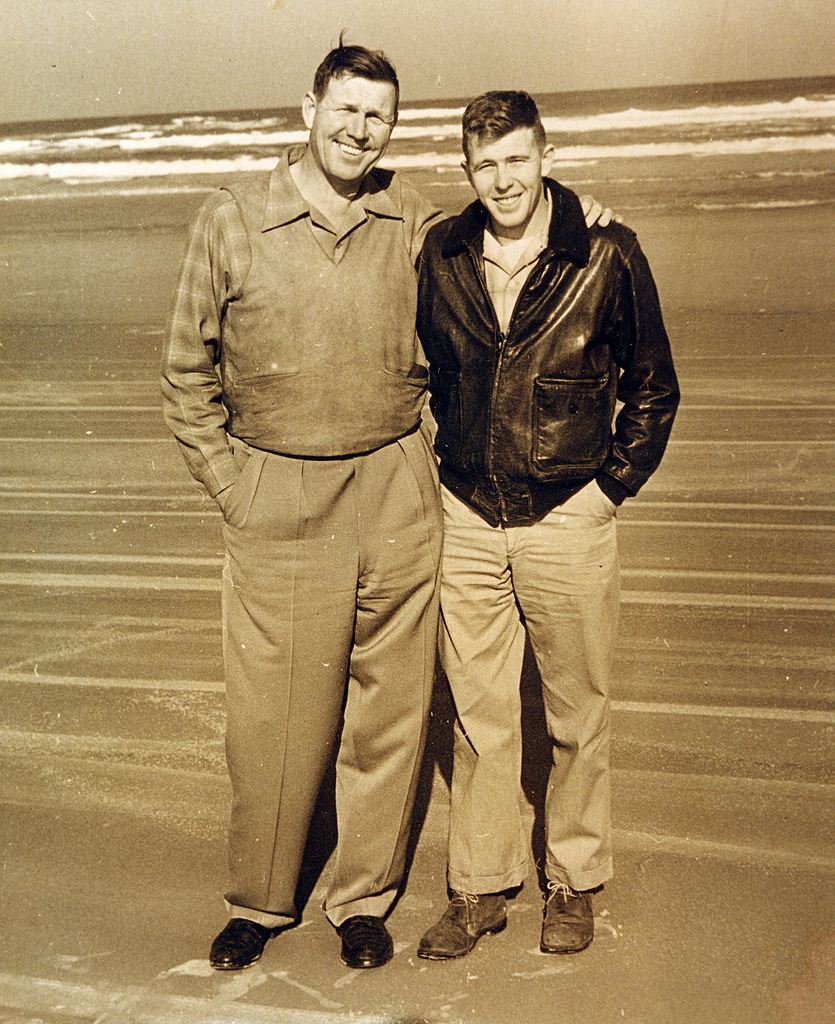 TALLADEGA, Ala. – It was a day that will never be forgotten, and was one where Talladega Superspeedway creator Big Bill France Sr., never flinched.

On Saturday, September 13, 1969, the day before the first-ever Talladega 500 at the brand-new Alabama International Motor Speedway (today known as Talladega Superspeedway), more than 30 of the top drivers in NASCAR’s premier series decided to withdraw over “supposed" tire safety concerns at France’s 2.66-mile palace of speed. France, the then-president of NASCAR and International Speedway Corporation, was adamant the race would go on.

And, it did, without a hitch.

While NASCAR Grand National Series (today known as Monster Energy NASCAR Cup Series) drivers with recognizable names like Petty, Pearson, Allison, Baker and Yarborough – all a part of the Professional Drivers Association – decided to exit, it left the door open for newcomers who were competing in Saturday’s Bama 400 NASCAR Grand Touring event, a race that featured smaller cars (like a Camaro, Mustang, Firebird, Javelin, Cougar, Dart) with much less horsepower.

“Bill France Sr. asked us to come down to a building in the infield, and he climbed on a bench to speak to us that Saturday," said NASCAR and International Motorsports Hall of Famer Richard Childress, who was at Talladega that weekend to compete in the Bama 400 in his 1968 No. 13 Chevrolet Camaro. “There was a ’69 Mercury race car sitting there that Mr. France had taken out on the track himself to show the Cup guys the track was safe to race on, but they (premier series drivers) still left.

[adinserter name="GOOGLE AD"]“He said to us, ‘I want you guys to race here, and I will give you X-amount of dollars (just to compete), plus you’ll get the purse money.’ So, the next day, I think more than 20 of us stayed and raced the 500. It was a big break for Richard Childress as I left with more money than I’d ever seen in my life. It was so important for Bill Sr. to run the race that day. No matter what, he was going to run it, and he had enough of us guys who stayed over."

In fact, there were only 12 of the cars which had originally been scheduled to compete on Sunday that started that first Talladega 500. A total of 24 drivers from the Saturday Grand Touring race came back to compete Sunday. Names of some of those drivers included Vaughan, Ward, Sessoms, Pickett and Gwyn – not household names. And, then there was Childress, who finished 17th on Saturday and 23rd on Sunday.

“Talladega is always going to hold a special place in my heart," said Childress, who later in his career gave up driving and became only a team owner (has 12 wins at Talladega). “We went back home after that first weekend and incorporated Richard Childress Racing Enterprises, which was our start. A few days later, I got a letter in the mail from Bill France Sr., and I still have it. It said that if ‘You ever need anything, take the letter and give it to any member of my family.’ That is what you call history. Talladega is a special place….always has been."

While letters were written to all the competitors who stayed to make up that first field of cars at Talladega, France also had the race fan at the top of his list. He issued the following statement Saturday afternoon – dated 9-13-69 – after the driver walkout:

“I am very much surprised that some of our drivers and car owners would wait until the last day prior to a major event and withdraw their automobiles from a race. Track officials and NASCAR officials worked until the last moment to get drivers to fulfill their obligations to the fans who traveled from some distance to the event. When the drivers qualified for the event, everyone expected they would race.

Therefore, we will start the first annual Talladega 500 at 1:00 P.M. Sunday, as scheduled, lining up the Grand National cars in the order they qualified. We will allow the Grand Touring cars to start in the back of the field in the order that they finished in the ‘Bama 400. We will pay the purse of $120,000 as advertised.

Persons who attend the race, and those holding reserved seat tickets for the Talladega 500 and who do not attend, will be allowed to exchange them for tickets to a race at Daytona Speedway or for a future event at Alabama International Motor Speedway.

They can see two races for the price of one. This does not apply to press tickets, complimentary tickets or credentials."

Richard Brickhouse would place his name in the history book, taking his winged No. 99 Dodge Daytona to his first and only career triumph by seven seconds over Jim Vandiver, with Ramo Stott, Bobby Isaac and Dick Brooks completing the top five. Brickhouse averaged 153.778 mph for the race that had seven cautions for 38 laps, but there were no major incidents as a result of tires. The highest finishing driver from the Saturday event? None other than Jimmy Vaughan, who placed seventh, the only car from the Bama 400 to place in the top 10.