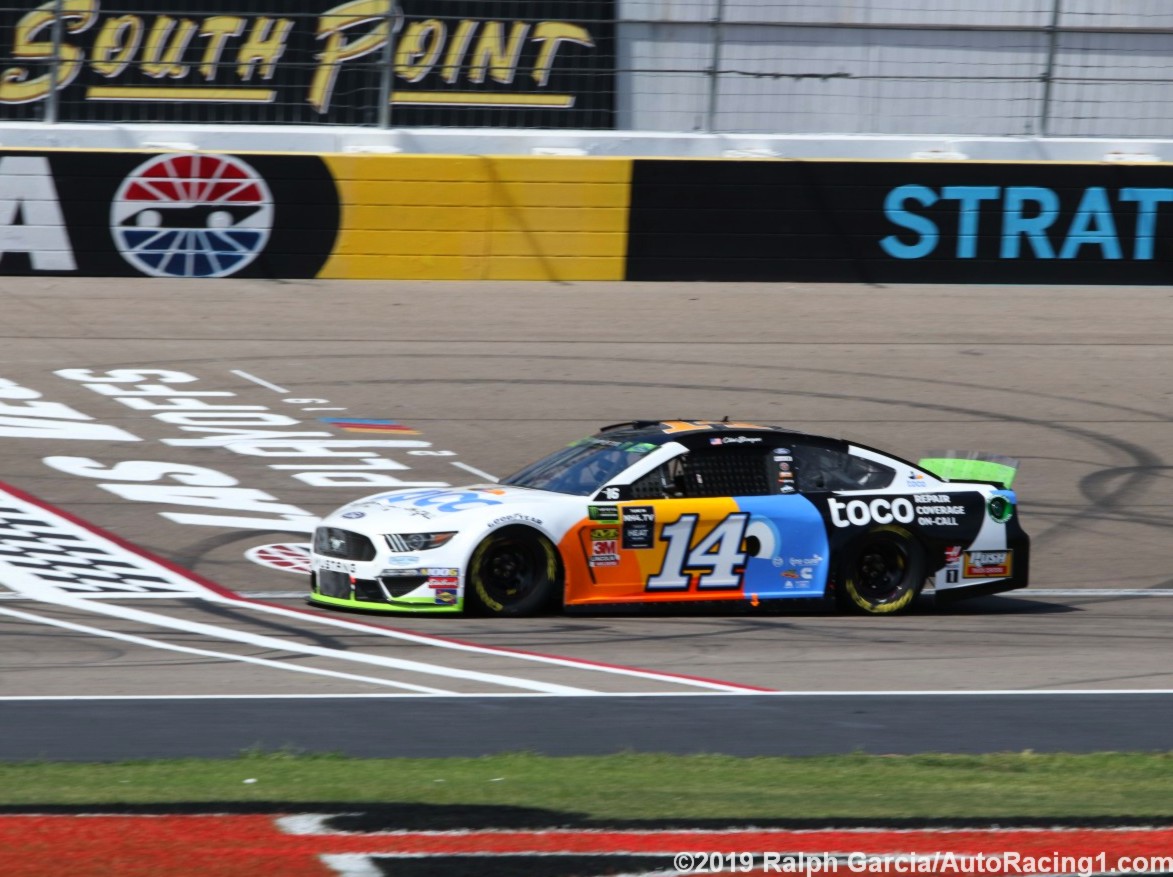 Stewart-Haas Racing flat out dominated Cup qualifying for the South Point 400 and it was Clint Bowyer who led the charge with a 178.926 mph lap. Daniel Suarez will start alongside Bowyer on the front row with Kevin Harvick and Aric Almirola locking up the second row.

Gragson and Labbe will have to start from the rear of the field but at least they get to race their primary cars.

Three qualifying efforts after Gragson's incident, Alex Labbe had a similar experience when the back end of his No. 90 Chevrolet stepped out in Turn 3. He, too, failed to post a qualifying speed.

"This is Vegas," he said. "This is my hometown. I'm going balls out, balls to the wall. I tried to carry it. I was running loose, but overall, just super thankful. Barely, barely nicked the tail on the right, rear. I was nuttin' up for sure and going for the pole."

Gragson made no apologies for his over exuberance.

Las Vegas' own Noah Gragson lost the rear end of his racecar going through Turns 3 and 4 and did a masterful job of steering through the slide, just barely kissing the outside wall with the left, rear. The car continued down pit road and came to a stop just a couple feet from the infield wall.

Two drivers had trouble during qualifying but in both their cases, things could have turned out much worse.

"I'm a little nervous," Sadler admitted, prior to qualifying. "I woke up this morning a little bit nervous. I haven't been in a car in a while. Bur really, I'm excited. People want me to be sad. I've had a great career. I've met a lot of great people."

Sadler qualified a respectable 14th for the race in a car sporting a red and yellow paint scheme that harkens back to the early days of Sadler's career.

His first Cup Series victory came in spectacular fashion in Thunder Valley on the high banks of Bristol. Driving a backup car, Sadler battled back from a 38th place starting position and a backstretch pit stall to win the race. In doing so he broke a record set by the late, great Dale Earnhardt for winning at Bristol from the lowest starting position.

On a track that was hot and slick, Cole Custer hung on to win the pole for this evening's Rhino Pro 300 with a 181.372 mph lap. Christopher Bell was the final driver to take a qualifying lap and he just missed knocking Custer off the pole with a 181.056 mph effort. Starting 3rd through 5th are Justin Allgaier, Tyler Reddick, and Austin Cindric.

When the checkers fall after this evening's event, it will mark the end of the 2019 Xfinity Series regular season and put a period on the professional racing career of Elliott Sadler. Sadler cut his racing teeth on the shorts track of Richmond and North Carolina and raced against some of the best drivers in the sport's history.

Wrapping up the NXS Regular Season

Coming into this race Tyler Reddick (ranked 1st) and Christopher Bell (ranked 2nd) are the only two drivers with a chance to clinch the regular season championship. As it stands, Reddick has the decided advantage, needing just 11 points to clinch. Bell is 50 points behind and if the two should end up in a tie, Bell would win by virtue of recording six wins to Reddick's four. Bell starts the race from the second position, while Reddick will line up fourth, right on Bell's back bumper.