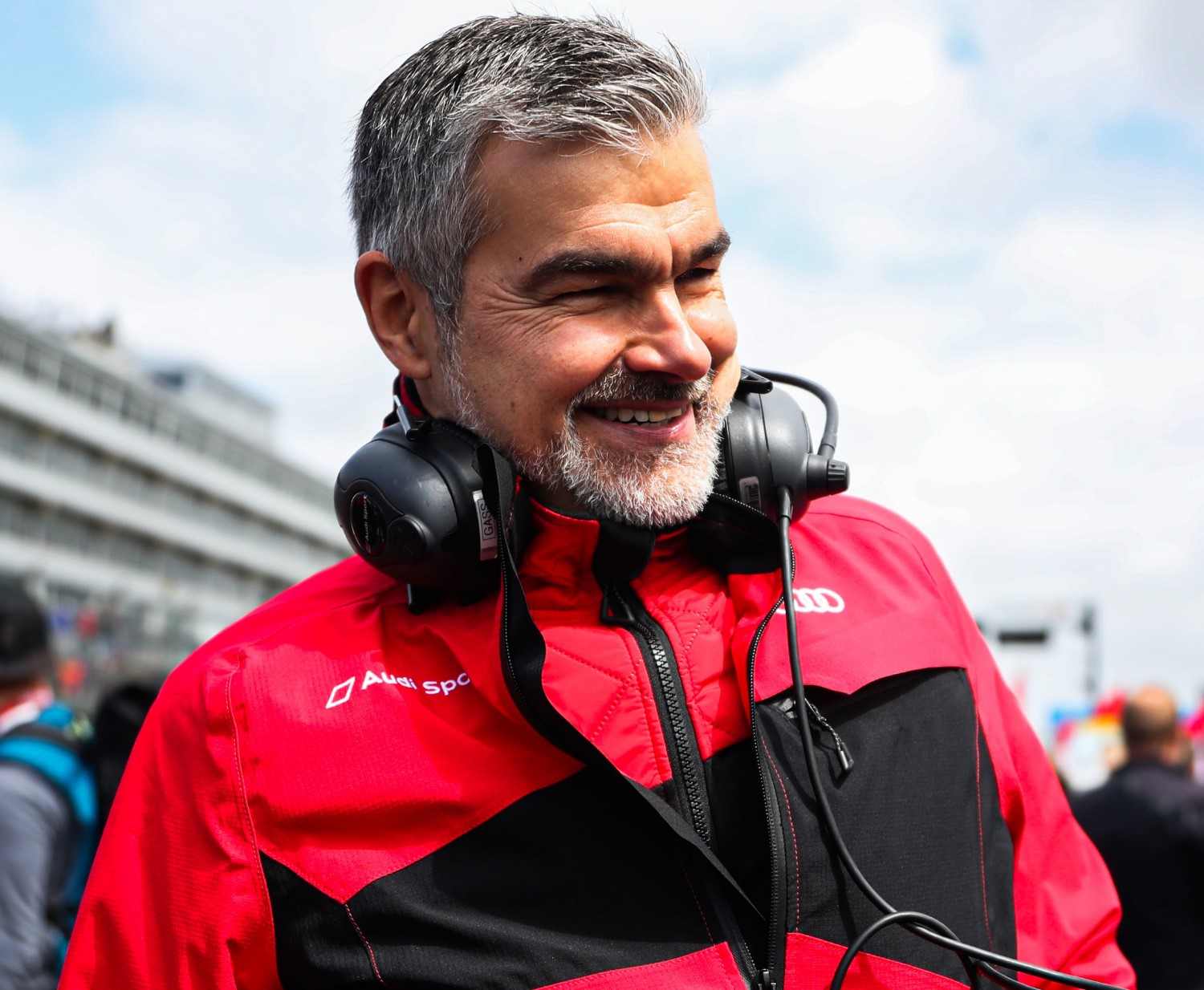 Audi has secured an early win of the manufacturers’ championship in the DTM. Before the two races at the Nurburgring (Saturday and Sunday live at 1 PM on German channel SAT.1), Head of Audi Motorsport Dieter Gass talks about the strengths of the Audi RS 5 DTM and of the title candidates Rene Rast and Nico Muller as well as the first joint races with the Japanese Super GT.

Congratulations on the early win of the manufacturers’ championship in the DTM. How important is this title for Audi?
Just like in Formula One, the external effect of the drivers’ title has the greatest value in the DTM, too. However, in the DTM, the manufacturers’ title is also of very high value. It’s an indicator of who has done the best overall job as a team. This includes the drivers, the teams, our partners, as well as all the employees in Neuburg, Ingolstadt and Neckarsulm, who are not necessarily visible trackside. It’s the title that every ‘Audian’ can be proud of."

Never before in the new era of the DTM has an automobile manufacturer won the title so dominantly and so early …
That even came as somewhat of a surprise to us. It shows that this year our Audi RS 5 DTM is the car to be beaten. I also feel that our four-cylinder turbo engine is currently the measure of all things. Our engineers made good use of their extensive know-how. We shouldn’t forget that as early as in 2001 Audi was the first automobile manufacturer to have combined direct injection with turbocharging in motorsport. The Audi R8 LMP with its TFSI engine was practically unbeatable in the sports prototype category from 2001 to 2005. Shortly after the first Le Mans victory in 2001, TFSI technology went into production. Today, the combination of gasoline direct injection and turbocharging is standard practice and an important efficiency technology that helps the company reduce CO2 emissions. This advantage in experience benefits our customers – as well as our DTM drivers.

[adinserter name="GOOGLE AD"]Can you understand that, due to Audi’s current dominance, there are initial calls for reinstating the performance weights?
Obviously, we, too, would like to see races that are as thrilling and varied as possible – but, please, not due to a return of the performance weights. The DTM used to be accused of being more of a show than motorsport. In Gerhard Berger we have a true racer as DTM CEO. He completely shares our view: the best should win. The abolishment of the performance weights in the 2017 season was a very important move. In spite of this change, we’ve since seen many thrilling races. At the beginning of 2018, we were in a situation that was similar to that of our competitors today: Initially, we were struggling with the aerodynamics that became specified at that time. We hit rock bottom in Saturday’s race at the Lausitzring with zero points. It was a difficult phase for the entire squad but we worked hard and, in spite of the homologated cars, fought back to the top during the season with a lot of detailed work. In the DTM, many small details matter. The time gaps are so small that the tide can turn very quickly at any time – in spite of “frozen technology."

So, why is Audi so strong this year?
As I said: In the DTM, the whole package has to be right. No doubt, our greatest strength this year is the fact that our car does well on all tracks and that all of our drivers are competing on a similarly high level.

What are the special fortes of Rene Rast and Nico Muller, who are battling for the title neck and neck?
Should Rene become champion this year it’ll be due to his extremely strong qualifying performance, among other things. At this stage, he’s scored 27 points just in qualifying. Nico Muller – across seasons – has by now scored points in 18 consecutive races. That, too, is exceptional.

With a view toward the manufacturers’ championship, was it decisive to have two more cars on the grid than BMW?
Definitely not, because only the four best cars of a brand, respectively, count in the manufacturers’ championship. The advantage is minimal. This is also reflected in the aggregated points contributed by the two additional customer cars.

Following the last races, there was a lot of discussion about the subject of “team orders." What are your comments on this?
I can understand the fans’ wish of seeing “free racing," and this is definitely what they saw in the first half of the season. Every one of our drivers had the opportunity of putting himself in a position of receiving support in the second half of the season. That’s no different with BMW either. Just look at Assen: Marco Wittmann started from the far rear of the grid there and was allowed to pass by all his fellow BMW drivers within the first five laps. It’s clear that the drivers with chances for the title will be supported. I don’t need any team orders for that. We have intelligent drivers who know how teamwork functions. You can definitely compare this with the Tour de France – or with Formula One: Did anyone complain about Sebastian Vettel helping his teammate, Charles Leclerc, win at Spa? That’s just part of racing. In the DTM, it’s perceived as being more extreme because we currently have only three brands on the grid, plus one of them is not fully competitive yet. Gerhard Berger is intensively working on attracting more brands to the DTM – and that’s when the discussions will take care of themselves.

In the finale at Hockenheim, six brands – Aston Martin, Audi, BMW, Honda, Lexus and Nissan – will be on the grid for the first time. What are your expectations of this lineup?
A foretaste of what the DTM can look like with more brands in the future. Around the DTM finale, there are many activities planned such as the exhibition of historic DTM race cars. But that the Japanese will be on the grid in a DTM race for the first time is an absolute highlight that I wouldn’t want to miss as a DTM fan. In the 2017 finale, we already saw a few demo laps of the Japanese Super GT cars. That whetted everyone’s appetite for more and I’m already very much looking forward to the two races.

There are still some minor technical differences between the DTM cars and the race cars of the Super GT. How is that being resolved?
The plan is for the Japanese to drive a test at Hockenheim on Thursday and that, based on this test, there will be a “balance of performance." The aim is for the DTM and the Super GT to be competing on one level. Of course that also applies to the two joint races at Fuji at the end of November.

The DTM wants to become more international, reduce the number of the German races, and perhaps change its name. What’s Audi’s position on this?
We’re working on the series’ internationalization together with the ITR. Obviously, we all want to preserve the DTM’s strong German fan base. At the same time, we have to become more international, but not at any cost. It doesn’t help us to race in front of sparsely filled grandstands like at Misano. By contrast, Assen was a positive example that showed what’s possible with a strong promoter even outside of Germany. At Brands Hatch, we also clearly had more spectators this year, just like at all other races so far, too. A different name may be helpful internationally as well.

Back to the current season. Who will clinch the DTM drivers’ title?
Hopefully an Audi driver. Although we have a relatively large advantage with Rene (Rast) and Nico (Muller), BMW and Marco Wittmann should never be underestimated. They will leave no stone unturned to postpone the title decision to the finale. And we all know what can happen on a final weekend. That’s why it goes without saying that our aim is for the best BMW driver to have a deficit of more than 56 points this Sunday night and for our drivers to battle for the title among themselves at Hockenheim: like in 2017 when to everyone’s great surprise, Rene Rast as a rookie became DTM Champion – by the way, without any help whatsoever by his fellow Audi drivers.