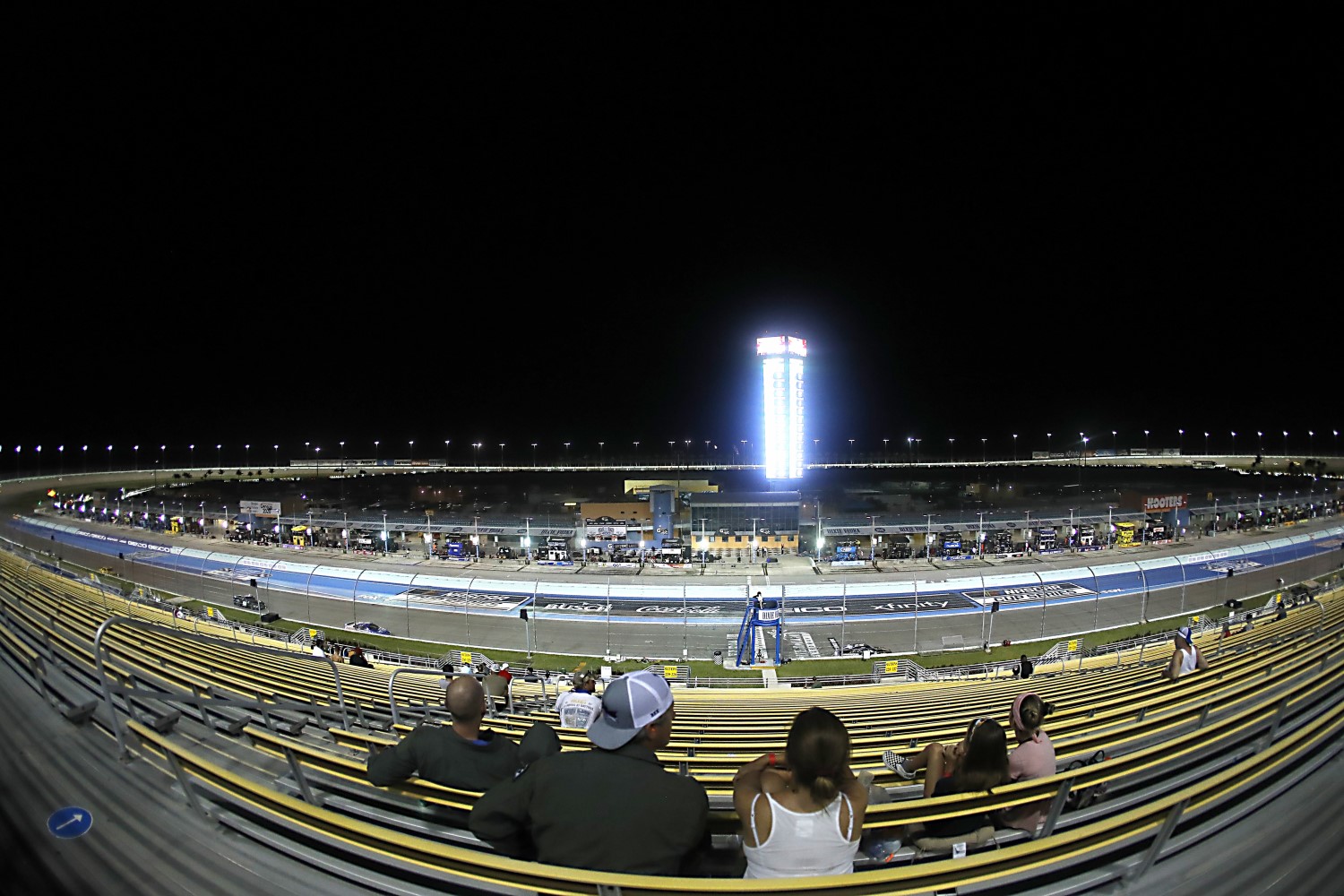 On Sunday, up to 1,000 South Florida service members, first responders and family members became the first fans to watch a NASCAR race from the stands since March at Homestead-Miami.

After weeks of races without any spectators beyond essential staff, a guideline NASCAR followed in mid-May in an attempt to slow the spread of COVID-19, a smattering of fans were spread out in the large grandstands.

"It's huge," driver Tyler Reddick told the Palm Beach Post. "I'm used to seeing crowds, literally right there. We were racing, it just felt like we were going out there to run some practice or tests. So I'm really glad we're going to have some fans back."

Fans underwent health screenings before entering and were required to wear face masks and/or socially distance by six feet at all times, according to NASCAR.com.

"The race-day experience will be different, it's just different times, and fans will have to adjust [to] that," Daryl Wolfe, NASCAR's executive vice president and chief operations and sales officer, told the site. "We will have to adjust on how we're addressing these issues for fans. We think we have a very, very good plan in place — a very detailed plan — but make no mistake, I'm sure there will be some key learnings coming out of Homestead that then we will reapply and adjust for Talladega."

Next Sunday, up to 5,000 fans will be allowed to attend the GEICO 500 at the Talladega Superspeedway in Alabama.

"It is so dependent on the local communities, advice from medical experts, working directly with governors' offices," Wolfe said. "Candidly, frankly, in some states there is more flexibility than in other states. â€‹Having said that, we can probably be more aggressive with some of these numbers, but we're choosing not to. We want to start very small, learn and then adapt."