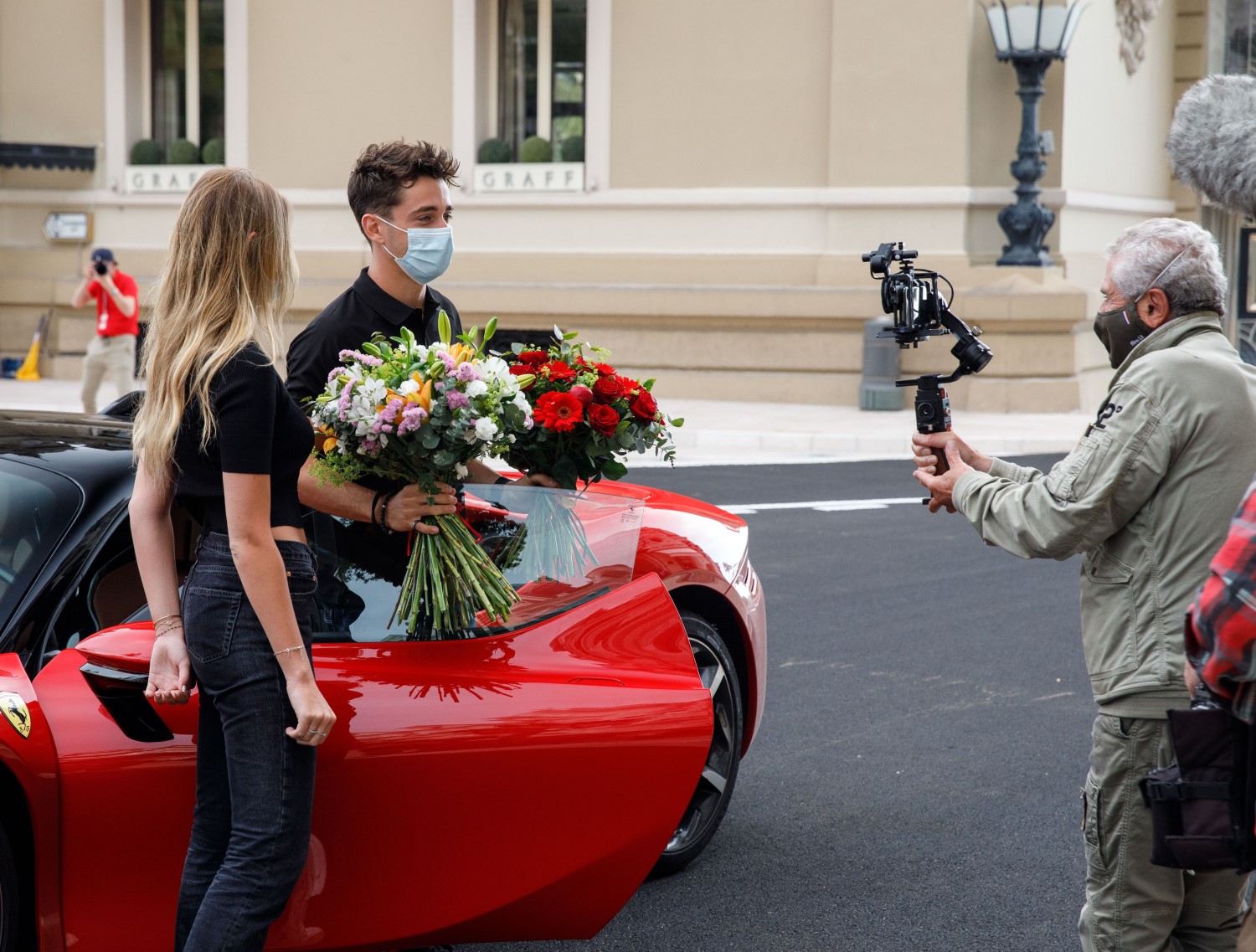 A celebration of the start of a return to normality in Monaco where lockdown resulted in the cancellation of one of the F1’s calendar most iconic grands prix. Claude Lelouch’s short film, which will premiere this evening, tells the tale of an unusual rendezvous that this year replaced one of motorsport’s favourite annual events.

The SF90 Stradale steals the show on a circuit that, until this year, had hosted 65 consecutive editions of the single-seater race. The road-going Ferrari brilliantly captures grand prix emotions, thanks to the power and performance of its 1,000 CV V8, the first hybrid propulsion system used in a series production model in the marque’s history. Launched last year, but not yet tested on the road, the Monaco GP circuit becomes the perfect “pressure test" for putting one of Ferrari’s latest additions through its paces.

In fact, at the SF90 Stradale’s wheel is Charles Leclerc who powered it to over 240 km/h on the streets of his hometown with HSH Prince Albert as his first passenger followed by a mysterious lady traveling companion.

The shoot took place in the early morning of May 24, the very day that the Monaco Grand Prix was to take place. The Principality’s streets were closed to traffic for the occasion but the event was followed by many curious Monegasque residents just beginning to come out of lockdown. A film crew of 17 used a variety of different cameras to capture the Ferrari’s performance with a team of six engineers and technicians from Maranello providing back up and advice.

The film references “C'etait un Rendez-Vous", a previous short shot by Lelouch on the streets of Paris in 1976 which was to receive cult status over the years. Aside from a focus on speed and the instantly recognizable soundtrack of the Ferrari engine, both the new and the old feature actors close to the director’s heart: the co-star in the first film is Gunilla Friden, Lelouch’s then-partner, whilst the young florist appearing at the beginning and end of the second is none other than Rebecca Blanc-Lelouch, granddaughter to the 1976 couple.