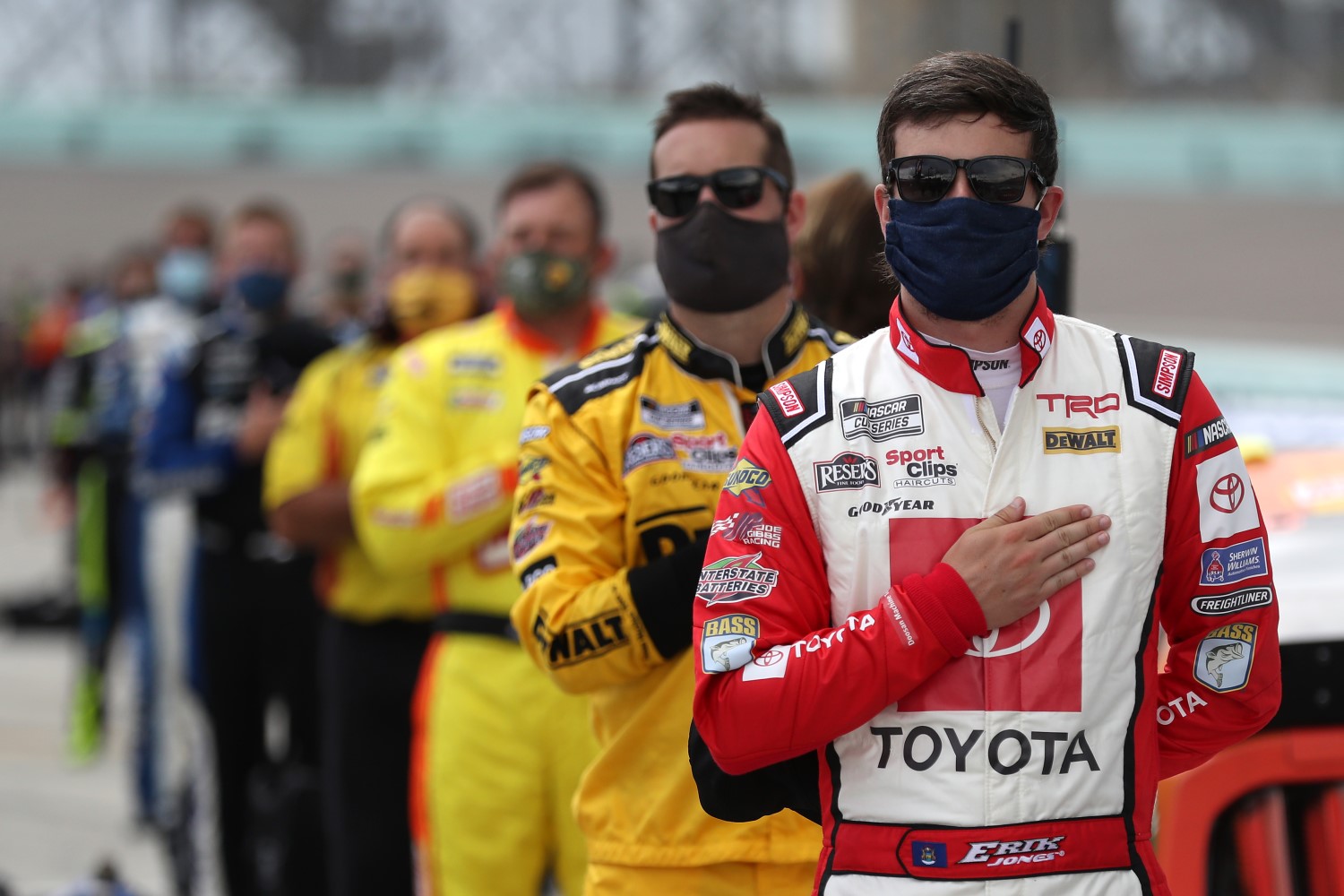 No sooner than when Sunday’s NASCAR Cup race at Miami finally got underway after being delayed by weather, lightening in the area caused a red flag.

It began raining just after the command was given. Then lightning was detected within eight miles of the track.

The command to re-fire engines came at 4:41 p.m. ET. but we are back under red after just 5 laps because of more lightening in the area.

The good news is that the big rain cell is going to miss the track so as soon as the lightening stops race officials hope to get the race underway.