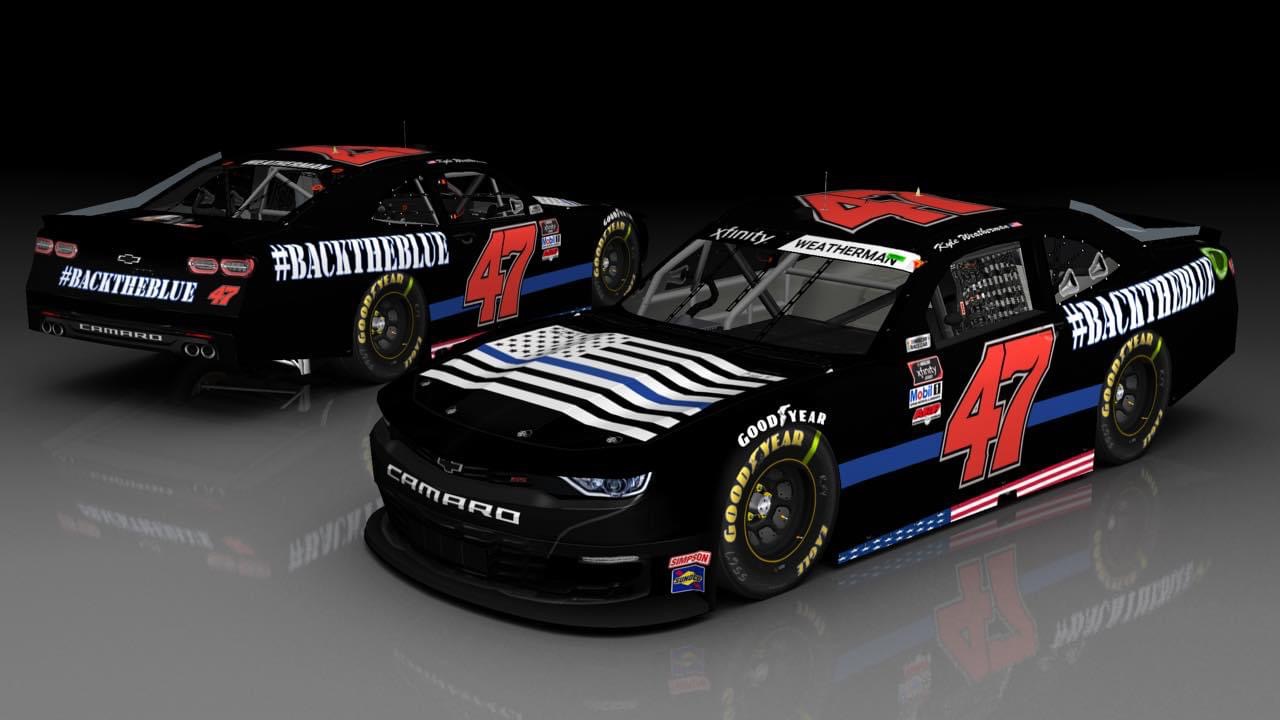 NASCAR Xfinity Series driver Kyle Weatherman drove a pro-police scheme car with a large "Back The Blue" hashtag during Saturday's Dixie Vodka 250. The car not only featured the phrase in three places, but also had a large "Blue Lives Matter" flag decal on the hood of the car, with the "Thin Blue Line" running across the side.

This reveal from Mike Harmon Racing, Weatherman's racing team, came just four days after Cup Series driver Bubba Wallace drove a car which had "Black Lives Matter" in the two of the same spots where Weatherman's pro-cop slogans resided. The third placement of "Back the Blue" on Weatherman's car was put in the same spot where Wallace had "Compassion, Love, Understanding."

Mike Harmon Racing supports our LEO’s and First Responders, we THANK YOU for your service, sacrifice and dedicationâ€¼ï¸�
ðŸ-¤ðŸ'™ðŸ-¤ pic.twitter.com/RTddq7NY20