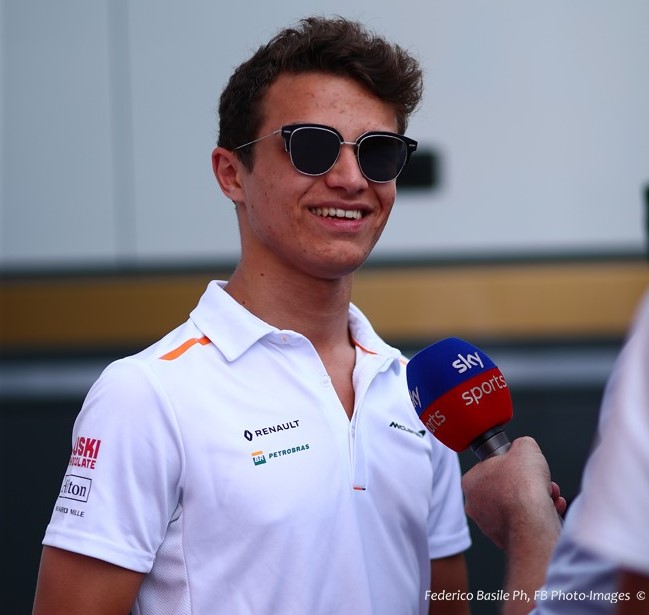 (GMM) Lando Norris says he faced a backlash among his social media followers after wading into the current political moment.

At the tail end of the corona crisis, and amid widespread protests and racial tension, the McLaren driver heeded Lewis Hamilton's call for his fellow drivers to publicly support the Black Lives Matter movement.

"It's the biggest day in terms of the most people that have unfollowed me on all my social media channels," the 20-year-old told the Evening Standard.

"But I've got to make the most of the opportunities to show people to believe in what's right. Whatever way I can try to persuade them to believe in the right thing, I will try and do that," Norris added.

Amid the world's strange political moment, Formula 1 is now preparing to return to action next month with 'ghost races', and Norris recently swapped his home simulator rig for a Formula 3 cockpit to prepare.

"I've enjoyed the past few months but it's not as fun as driving a race car," the British driver admitted. "F1 is what I've wanted to do since I was seven years old. I've missed it."