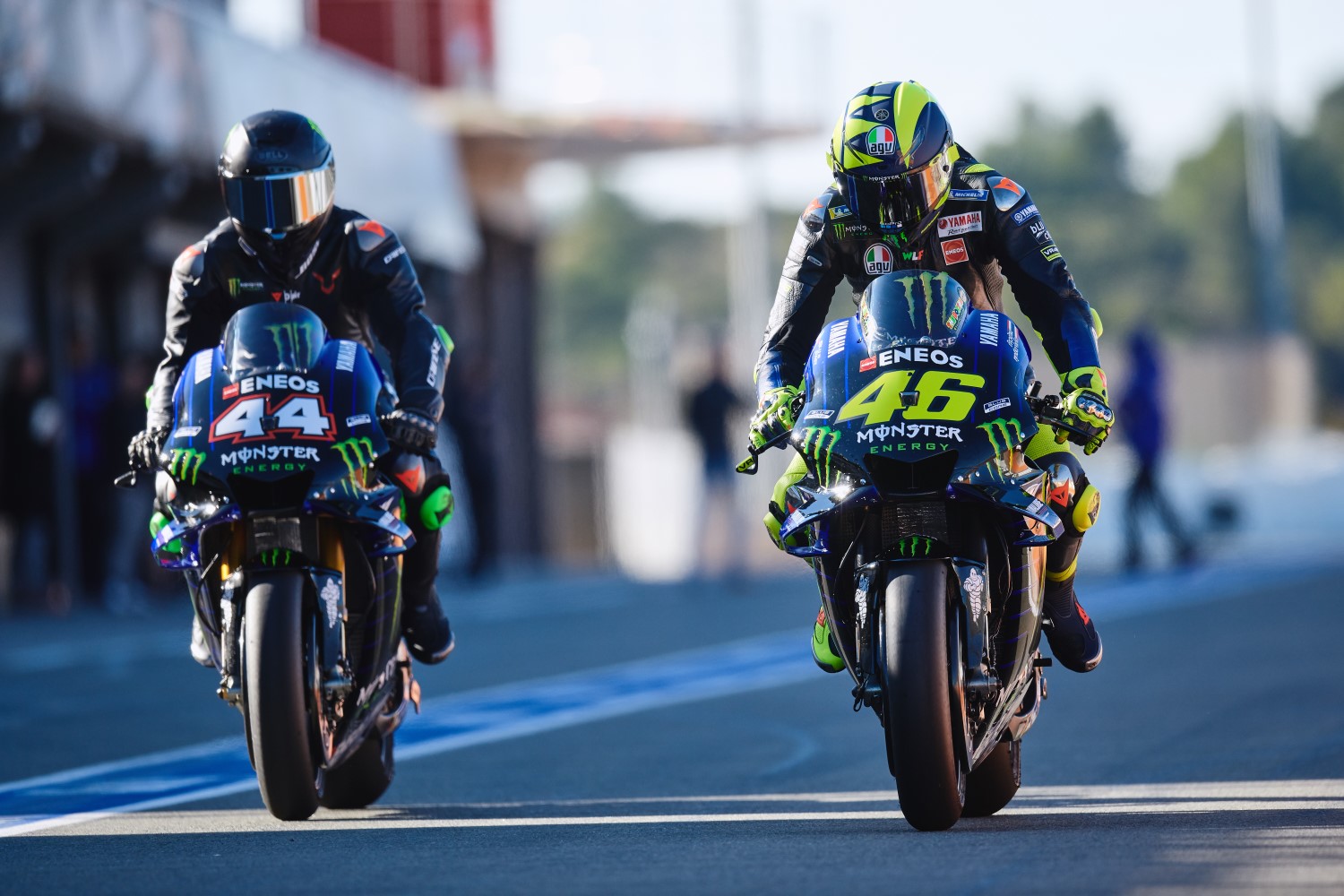 UPDATE This rumor is upgraded to 'fact' today. Lewis Hamilton has confirmed reports that he had a minor incident whilst riding Valentino Rossi's MotoGP bike at Valencia this week.

Amid an information blackout in the 24 hours after the Mercedes and Yamaha swap, Italian newspaper Corriere dello Sport reported a rumor that Hamilton had crashed with "no consequences" for the world champion.

But many media outlets described that report as "fake news", especially when the six-time world champion told his fans on social media that there had been "no problems".

However, Hamilton then told Sky Italia: "The bike is so hard to ride.

"I had one little spin with it but otherwise brought it back in one piece. I was just step by step learning, but it's a very steep learning curve," he added.

Rossi, who drove the Mercedes, told La Repubblica newspaper that the wind at Valencia made things difficult for Hamilton.

"Technically, Valencia is very difficult and it was a windy day, so in some places it wasn't easy for him to continue," said the 40-year-old.

"But he was brilliant on the bike, and his position was great. I think he had a lot of fun because he didn't want to stop," Rossi added.

Hamilton confirmed: "It's a rocket. When you accelerate it's incredible.

"The braking is not the same as a Formula 1 car but there are so many other things to think about – the body position, the gears, the head position. You have to master so many things at once.

"I'll be flying high all next week after this. I think it's my last week of work, and then I'll enjoy the holidays," he added. (GMM)

12/11/19 (GMM) Lewis Hamilton may have crashed Valentino Rossi's MotoGP bike at the Valencia circuit this week.

The pair swapped their Mercedes and Yamaha machines for a promotional event organized by mutual sponsor Monster, but the media was locked out and no official information whatsoever has been forthcoming.

La Repubblica said the event took place over eight hours, and that information including photos and footage should be released shortly.

The report said the event went "very well" for both sportsmen who were "as happy as children".

But Corriere dello Sport claims that Hamilton actually crashed Rossi's Yamaha on his MotoGP track debut, even though there were "no consequences" for the six-time world champion.