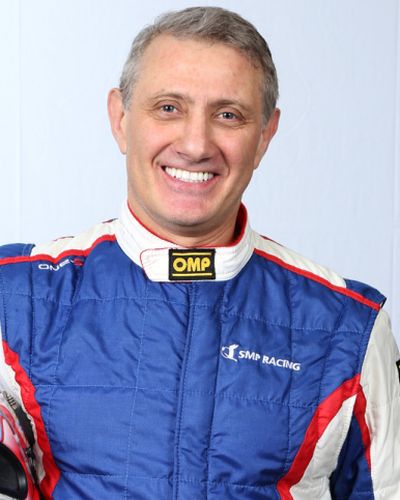 UPDATE (GMM) A Russian government minister is still talking about the prospect of a Russian Formula 1 team.

At Sochi recently, trade and industry minister Denis Manturov said a Russian team is "not far off". His comments came at the same time as Formula 1 and the FIA played down the prospect of new teams joining for 2021.

But minister Manturov, who was appointed directly by Vladimir Putin, is still making noises about a Russian F1 team.

"I think first of all we should talk about the appearance of a Russian team," he told the state-owned Russia-24 television broadcaster on Friday.

"Then at the second or third stage we can talk about the car and our technological, production and development capabilities. The car is a high tech and very complex technological project," minister Manturov added.

At Sochi, Russia's trade minister said a Russian F1 team is "not far off". The man closest to making that happen is Boris Rotenberg, the billionaire behind the SMP Racing operation.

"I think the more teams there are, the more opportunities there will be for our drivers," he said.

Brawn, F1's sporting boss, told Tass news agency: "We have a quite strong presence in Formula 1 of Russian drivers, businessmen and entrepreneurs.

"There is also a Russian race, so all the prerequisites (for a F1 team) are there already."

09/30/19 (GMM) Russian billionaire Boris Rotenberg has admitted he could set up a Formula 1 team.

At Sochi, Russia's visiting trade and industry minister Denis Manturov told Ria Novosti news agency: "I think a Russian team will appear. It is not far off."

The man closest to making that happen is Rotenberg, whose SMP Racing operation backs Sergey Sirotkin, recently had an LMP1 team at Le Mans, and supports scores of Russian drivers in various categories.

Rotenberg, who is closely linked with Russian president Vladimir Putin, said at Sochi: "The more you try to create in motorsport, the more chance you have to flourish.

"Do we want to create a Formula 1 team? I think the more teams there are, the more opportunities there will be for our drivers.

"Everything is possible," said the SMP Bank founder.

"The main thing is to make the effort. First of all are the financial considerations."

A prominent SMP Racing driver is Robert Shwartzman, who wrapped up the Formula 3 title at Sochi. The Russian is also backed by Ferrari.

"Robert needs to keep progressing and moving up the ladder," Rotenberg said. "I think he will go to Formula 2 now."

20-year-old Shwartzman commented: "I want to go to Formula 1, the problem is that there are no opportunities or unoccupied places.

"Many people I work with think it's too early for me to go to Formula 1 now, but speaking for myself, I am ready. I would risk it if I could," he said.

09/28/19 (GMM) Russia could soon have a Formula 1 team on the grid, according to a government minister.

At Sochi, Russia's trade and industry minister Denis Manturov told Ria Novosti news agency: "I think a Russian team will appear. It is not far off.

"When will it appear? So far, these are just thoughts," he added.

Earlier this week, FIA president Jean Todt said he has not received "strong contact" from any prospective new teams.