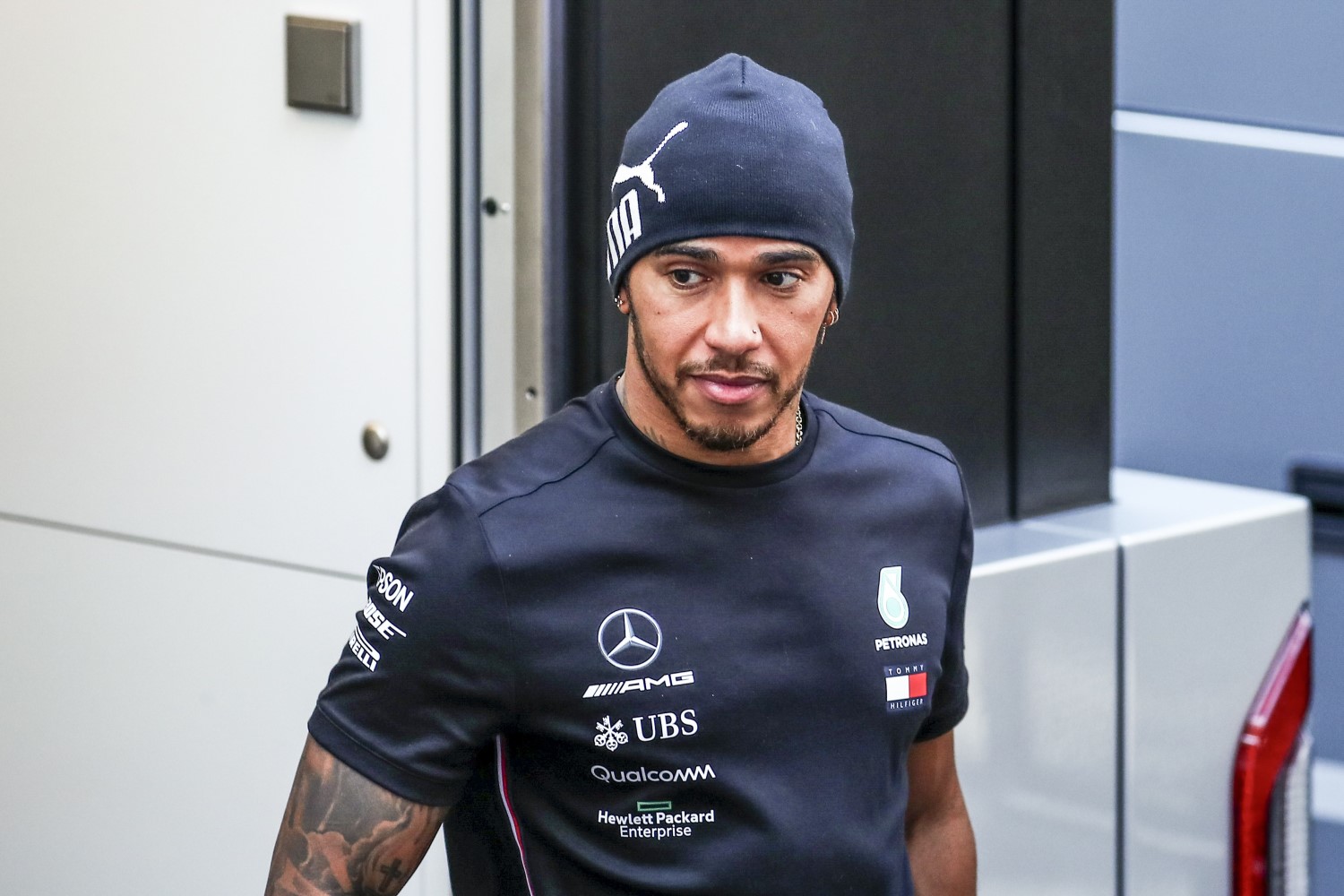 UPDATE (GMM) Lewis Hamilton has played down the possibility of a future switch to Ferrari.

The five time world champion looks poised to win yet another title with Mercedes this year, but has always left open the possibility of a move to Ferrari.

"For many drivers, Ferrari is the last dream of their career," Hamilton told Blick newspaper.

"I'm not like that. Since I was 13, I belonged to the Mercedes family and I don't think that will change."

However, Hamilton's current Mercedes contract runs out next year.

Does he see any chance of a move to Maranello?

"Not really," the 34-year-old told the Swiss newspaper.

"I have no doubt that I could change some things for the better there. But it's not my goal.

"It took six years to make Mercedes a winning team and keep it at the top. Now we have an atmosphere full of love, appreciation, admiration and respect.

"You don't just give that up," Hamilton added.

He said taking a risk by leaving McLaren at the end of 2012 to join the fledgling Mercedes works team was "the right step" for him.

"I left the second most successful team in history for a team with fewer people and almost no success. I wanted to build something new," said Hamilton.

"But I don't really want to do that again."

He also said Ferrari's policy of running clear number 1 and number 2 drivers could be why Sebastian Vettel has struggled recently.

"I don't really want to say publicly what I think about his situation," said Hamilton.

"But he probably didn't feel great when a new strong guy was next to him. Ferrari has always had the number 1-number 2 policy and I don't agree with that.

"When I came to Mercedes, I said I didn't want to be number 1, I just wanted the same equipment and opportunities as my teammate.

"I knew that if I worked hard and did a better job, I would win. It's what I still think today."

01/15/19 Mercedes driver Lewis Hamilton could be eyeing a move to Ferrari when his current contract expires at the end of 2020, according to pundit Tony Jardine.

Hamilton has been linked to Ferrari on and off throughout his illustrious Formula 1 career.

However, rather than make the move many have been predicting for years, the Brit re-signed with Mercedes last season.

He put pen to paper on a two-year deal that will expire at the end of 2020.

And then, Jardine reckons, he’ll be off to Ferrari.

“Yes, after those two years [at Mercedes], he might finish his career [at Ferrari] and do a two-year deal with them, which would be fantastic," Jardine told Express Sport.

“Any driver always thinks about going to drive for Ferrari because it’s the dream.

“It’s like the Manchester United of the sport. It’s the red colors, it’s the heritage, this incredible history.

“They would love to see the Lewis Hamilton helmet in the red Ferrari, it would be absolutely stupendous. I’m sure that’s in the back of his mind and I’m sure there have been discussions in the past."

But, Jardine concedes, it could all depend on how Ferrari do over the course of the next two seasons.

“But, if Ferrari were doing badly, I don’t think he’d go there," he continued.

“Ferrari would have to be looking good and be a good prospect. But it’d be a great way for him to finish his career."