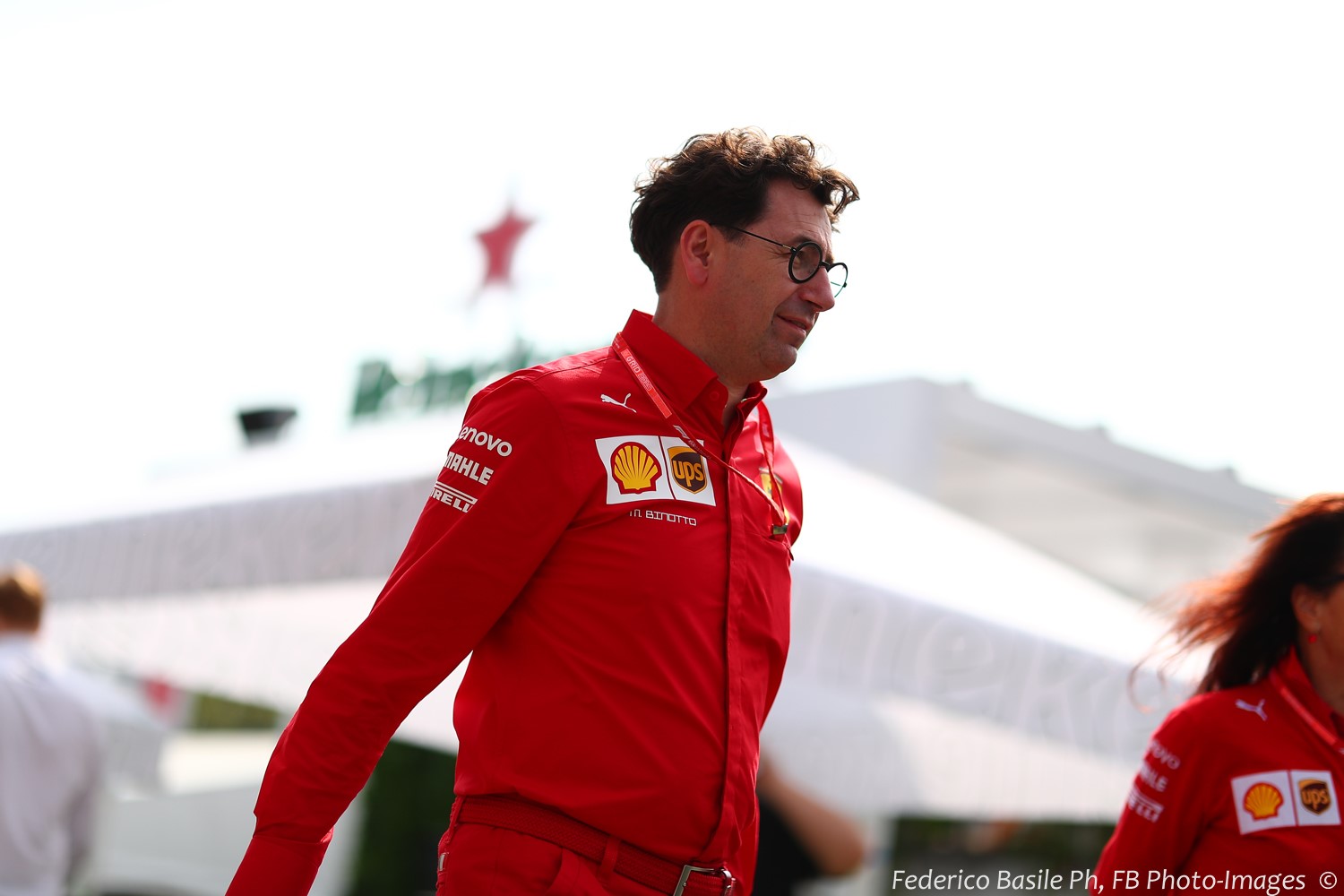 (GMM) Mattia Binotto is not ruling out using Ferrari's veto against the 2021 rules.

As time goes on, it is clearer that the teams are very much divided over what is currently being proposed by Liberty Media.

We have learned from sources at Sochi that Mercedes, Racing Point, Red Bull, Haas and Alfa Romeo are also currently not willing to sign up for the proposed 2021 car concept.

The current deadline is October 31.

Asked if Ferrari would sign up for 2021 with the proposed rules, team boss Binotto said: "I do not think the rules will remain in this form."

He admitted the last resort would be Ferrari's highly controversial veto.

"Although we have a veto, it would be a pity if we have to use it," said Binotto.

"I do not think this is our intention. We have another whole month to work on the regulations. If by the end of October there is not a satisfactory result, I don't think it would be a tragedy.

"We still have time to improve and refine the wording."

The latest compromise emerged at Sochi, when the FIA confirmed that it has postponed the tender for standard brake systems for 2021.

"Everything we've agreed upon is being watered down," he said. "We could have saved ten million euros with the standard parts."

"It is pragmatic to step back, see how things develop and then reconsider in the future, perhaps under less pressure when the regulations are not being fought on all fronts," he said.